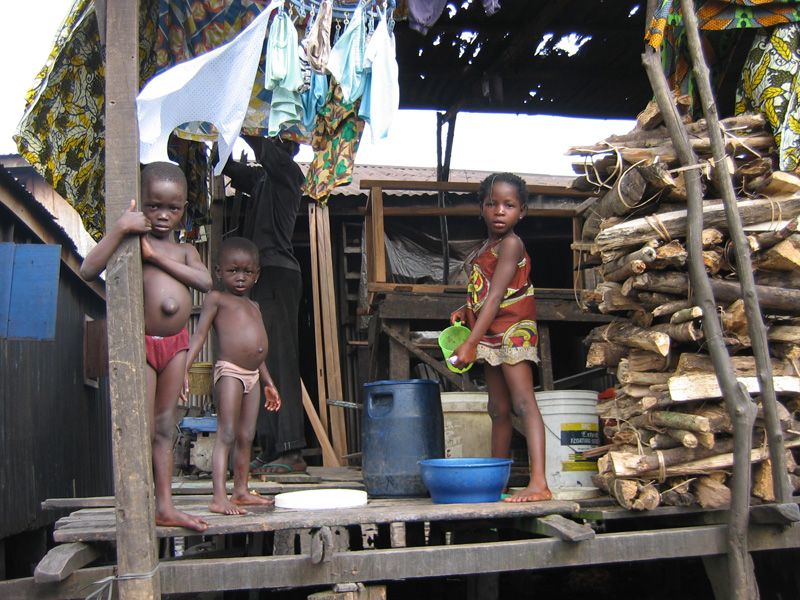 A sizeable proportion of Nigerian workers receive pay that is nothing but a starvation wage. Today, over 75% of them live in conditions of crushing poverty, in conditions not far removed from barbarism. And yet any demand for a decent minimum wage is presented by the ruling elite as “unaffordable”, as something that would do terrible damage to the economy.

“The modern labourer,” Marx wrote, “... instead of rising with the process of industry, sinks deeper and deeper below the conditions of existence of his own class. He becomes a pauper...” This pauperisation has taken place against the backdrop of a colossal looting of public funds, accompanied by a more ruthless expropriation of the fruits of the workers’ labour by government officials and employers – in one word the capitalists.

Once again, we are called to the barricades to take up the fight for a living wage. Once again we must take up our position among the ranks – ready for this fight. Workers have the right to earn a living wage. This time the demand is for a ‘whopping’ 52,200.00 Naira minimum wage (about 350 dollars). The response of the ruling class is – traditional; the bogey of inflation.

This bogey is reserved solely for the working class – each time a living wage is demanded. “It will cause inflation, stupid!” one could almost hear them say. We will deal with this presently. But first we must point out, as an aside, that they never frighten themselves with this in their enjoyment of various perks of office. They even go on grabbing for more, never mind the fiction of the recent so-called wage ‘cut’ of public servants. This is just an attempt to throw sand in our eyes. It won’t work; we continue to see clearly and we say that in the face of the current economic crisis, bringing in a decent wage is a necessity. It spells the difference between having food and going hungry.

A sizeable proportion of Nigerian workers receive pay that is nothing but a starvation wage. Today, over 75% of them live in conditions of crushing poverty, in conditions not far removed from barbarism. They live in rotten tenements in decaying communities. Hundreds of thousands of working class families lack access to medical services and find it increasingly difficult to send their children to school and workers’ poverty has reached new heights.

Government officials continue to line their pockets and swell their bank accounts with money that could be used to offer workers a living wage. In the past period, fuelled by rising oil prices, government and big business had made more money than ever before. But not a single dime found its way into the pockets of the poor toiling masses.

Late last year, during the fund-raising drive for the construction of a new secretariat complex in Abuja of the ruling Peoples’ Democratic Party (PDP) the ruling class achieved further heights of insensitivity: over 6bn Naira donated – for a building! The list of donors includes:

Are these people then more noble, more hard-working than workers, oppressed, exploited, and neglected on their factories and work-places? This is a perfect example of what Marx called “commodity fetishism.” Things, property, have acquired decent status more than human beings. Over 6bn Naira for the construction of a new secretariat? And workers living on starvation wages?

Who profited from the excess crude earnings? Who did not? About a hundred and fifty years ago, Marx said that capitalism would enormously increase the wealth of society, but that this wealth would be concentrated in fewer and fewer hands. And today we can see this. Less than 500 individuals control over ‘6bn Naira. UN investigators, in a recent publication disclosed that over 80% of Nigeria’s oil wealth entered into the private purse of less than 1% of the population. This is one of the wonders of the market system! 6bn Naira for a secretariat, and human beings decaying... starving!

“And here,” Marx continued, “it becomes evident that the bourgeoisie is unfit any longer to be the ruling class in society, and to impose its conditions of existence upon society as an overriding law. It is unfit to rule because it is incompetent to assure an existence to its slave within his slavery, because it cannot help letting him sink into such a state, that it has to feed him, instead of being fed by him. Society can no longer live under this bourgeoisie, in other words, its existence is no longer compatible with society.”

Contrary to the threat of inflation, being bandied around by the ruling class and its hangers-on, a living wage of N52,200 rather than trigger inflation will help stimulate the economy by increasing the purchasing power of the working class. What is needed is an effective price control mechanism that will ensure that workers do not lose with their right hand what they got with their left. Inflation is being triggered by the financial practices of the capitalists and not by paying workers a living wage.

Nor is the threat of retrenchment tenable. Even without wage increase workers have been losing their jobs as the bosses and their government off-loads the burden of their crisis on the shoulders of the working class. Retrenchment has been, and continues to be, the order of the day. It is this threat that hangs like a sword of Damocles over the head of workers. It is these that are used to hold down wages.

The struggle for a living wage is part of the struggle for a decent standard of living for all workers. The claim of insufficient funds is a lie. The policy of retrenchment, especially given the ongoing economic crisis, is a criminal policy. Nigeria has a Human Development Index (HDI) of 0.470, and ranks 158 out of 177 surveyed countries. This puts the country not just in the category of Least Developed Countries (LDCs), but it is also below the average for sub-Saharan African countries. This fact further underlines the need for a radical upward review of the current minimum wage.