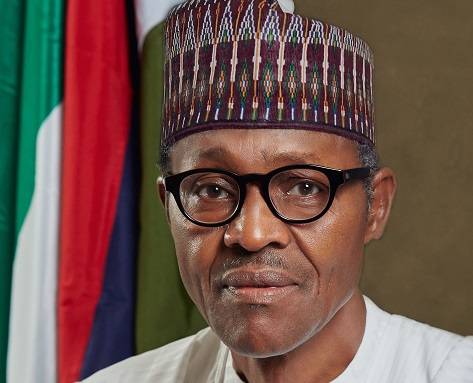 The recent Nigerian elections reveal how discredited the two parties of the establishment have become after 20 years of bourgeois ‘democracy’, laying bare the ruling elite’s inability to solve any of the fundamental problems of society. While the APC has almost exhausted the overwhelming goodwill it enjoyed during its initial entry onto the stage, the PDP has equally proven incapable of overcoming the shock it received when it was booted out of power in 2015.

After an unexpected delay of the election date by a week, it was eventually held on 23 February. The initial change, which we wrote briefly about in our last statement, seemed to catch even the president of the country unawares, thus further generating heightened tension as the final chosen date of the election approached.

The jubilation from most quarters that greeted the defeat of the PDP and the emergence of the APC government of Buhari in 2015 has clearly turned into a nightmare for the majority. The regime governed during an economic slowdown, and spent itself out of recession through borrowing, which has pushed the country into yet another round of debt trap. The huge sum of 2.3tn Naira is to be spent on debt servicing alone out of the N8.83tn 2019 budget. Terrorist attacks in the North East continue unabated, with the crisis of the herders versus farmers only adding salt to the wound. Kidnappings, ritual killings and many other barbaric criminal activities increased exacerbated as the living conditions of the majority of ordinary Nigerians continue to deteriorate. In this same period, the country became, for the first time, the world poverty capital, with 90.8m Nigerians said to be living in extreme poverty.

The traditional ethnic tensions in the country almost reached breaking point during the 2015 general election, as the ruling elite continued to use repugnant “divide-and-rule” tactics to keep the ordinary people down; and throughout the period of the Buhari regime, these dangerous ethnic divisions and subsequent tensions only got worse. Unemployment rose, while the workers battled with high inflation and therefore legitimately demanded wage increases, which were never granted.

It is therefore not surprising that the APC lost a very large part of its support base. Many of those who had illusions in the APC in 2015 became disillusioned. Who could have believed that within three-and-a-half years of this regime, the PDP could have made somewhat of a comeback and be contending in the manner that we witnessed in this last election, winning in 17 out of the 36 states of the federation. This shows how very quickly the illusions in the APC were largely shattered. 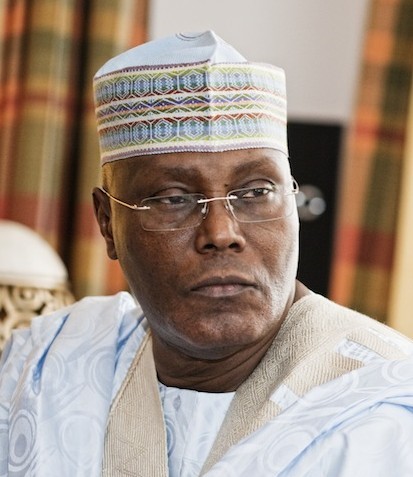 Atiku's reputation from the eight years of PDP government was completely soiled, which contributed to his defeat / Image: public domain

The question is: why was the PDP eventually unable to defeat the APC, despite the significant loss of the latter’s social base? The answer to this pertinent question is not hard to understand; the PDP’s 16 years in government (1999-2015) proved to be a disaster for the overwhelming majority of the working class and youth. It was in fact fear of going back to those awful years that explains why a sizeable number of those who would have abandoned Buhari turned out to vote for him.

The PDP presidential candidate, Atiku, is known as very corrupt. When he was vice-president for eight years during the PDP government, his image was completely soiled. Obasanjo, the then-PDP President with Atiku as his deputy, dedicated several pages in his book “My Watch” to expose several corrupt practices that Atiku partook in at that time. He was said to have been declared wanted in the USA for corruption-related charges. He avoided travelling to the US until very recently, when the allegations became the major issue of a campaign against him. It was even rumoured that the US government had to look the other way during the shutdown in the US, so that he could quickly dash in and dash out. Thus, the stench coming from Atiku made it impossible for many to embrace him as an alternative to the collapsing Buhari regime.

All this explains why this election was seen by many as a battle between two failed sides of the same coin. There was no real excitement; all that could be sensed around us was tension and strain. It was therefore not surprising that, despite the extent of the rigging perpetrated during this election, the expected mass anger and possible demonstrations by the PDP to condemn the result never materialised.

Thus, the PDP emerged from the elections feeling completely abandoned. This must have stung especially badly, considering the fact that PDP candidate Atiku almost throughout the whole campaign period issued statements to assure the Western imperialists of his loyalty, even sometimes at the cost of losing the support of workers and youth. He kept repeating: “even if I will be killed, I will certainly sell off the government-owned Nigerian National Petroleum Corporation (NNPC)”. He knew full well how risky such a statement was, especially during the election period, but he kept repeating it because he became carried away by the cordial support he was enjoying from his Western imperialist masters. The ruling APC did not oppose the selling off of the NNPC, but they made sure to keep quiet throughout the campaign period on this question.

Abstention was the real winner

It is therefore not at all surprising that Lagos, the most developed state in the country, recorded a meagre 18 percent turnout, compared with only 35 percent throughout the whole country. Of the 72.8m Nigerians who collected their PVC (card required to vote), only 29,364,209 came out to cast their ballots. Although a sizeable number of people were equally disenfranchised by faulty voting machines, violence and intimidation, this only had a small effect on the above figure. This means that over 43m eligible voters did not bother to come out and vote. The largest vote was therefore from those who abstained.

This glaringly revealed the size of the vacuum that the leadership of the working class continues to leave unfilled. It also exposed the limitations of the very small parties that were striving to fill this vacuum. Apart from the PCP, which won 110,196 as a result of mistaken identity with the PDP, which confused many who had wanted to vote for the PDP, not one of the remaining 70 presidential candidates got close to winning even 100,000, including the much-talked-about AAC, whose candidate came 10th with just under 34,000 votes.

What the workers need is a mass party of labour, a party that can become the voice of the workers, the youth and the poor. What these elections show is that, with very small forces, one cannot wish into existence the mass alternative the workers and youth require. Furthermore, the AAC, with its programme of privatisation (see our previous article), or “public-private partnerships (PPP)” as Sowore refers to it, could not offer the programme required by the Nigerian masses.

As the president stated just one day after obtaining the certificate of return while meeting the APC leadership, this next four-year period will be a very difficult one. The finance minister disclosed in December that there is absolutely no way of financing the 2019 budget without sales of government properties and parastatals. The current tensions and impending economic crisis require a very strong government, one with sufficient authority and credibility to get austerity accepted by the masses. However, this incoming regime is very far from strong. On the contrary, it comes into office with the overwhelming majority of the population not having voted for it.

A new wave of class struggle being prepared

The working class was in fact already raising its head in the build up towards the election, and it only stepped back for the election to be concluded. Thus, we are certainly going to witness a new wave of class struggle over this very “difficult” four-year period. Within this period, the mass workers’ organisations, the trade unions, will be shaken from the bottom up. Alliances will be forged and alliances will be broken; new leaders will rise and many will fall after being discredited. 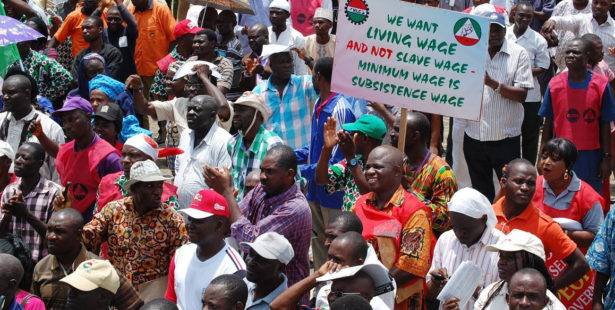 Within the present turmoil and promised 'difficult' four-year period, the forces of Marxism will get more of a hearing / Image: Solidarity Centre

If the labour leaders fail to build a mass political alternative in the coming period, at some point the vacuum can be filled by demagogues of the bourgeois populist type, who will present themselves as coming in to “clean up the system”. Given the level of corruption and the rottenness of the system, such propaganda could grow in the coming period and attract the attention of a significant layer of working people, especially the youth. Thus, we can expect all kinds of new political forces emerging, promising to end the nightmare that life has become for the Nigerian masses.

Other figures can also appear on the scene in the form of local ethnic/national demagogues, who would champion the interests of this or that ethnic group in opposition to the other groups that make up Nigeria. This can lead to calls for sections of Nigeria to break away. The vote in the South East is an indication of this, with the very high levels of abstention in that part of the country and with Buhari getting a miserable result. If his authority has been seriously diminished, as the high abstentions show across the country, in the South East he will have no authority whatsoever.

Given the history of Nigeria, such developments can lead to bloody conflicts and barbarism. It would be a nightmare for all the peoples of Nigeria. Due to its weak and compromising leadership, the inability of the labour movement to rescue society from the iron grip of the degenerate and parasitic ruling elite, will inevitably lead to heightened ethnic tensions and at some point in the future a possible descent into barbarism in the coming period. History has sufficiently shown us that when the ruling class cannot find a way out of the impasse, inter-ethnic civil-war is always knocking at the door.

That is why it is an urgent task to build the left alternative. While Marxists cannot artificially fill the vacuum with their small forces, they can work with all their might to build a viable Marxist current within the Nigerian working class and youth.

Within all the present turmoil, the forces of Marxism will get more of a hearing, being the only consistent ideology that clearly has a good grasp of the complexity of the situation. There is no better time than now for the small forces of Marxism to get fully prepared.