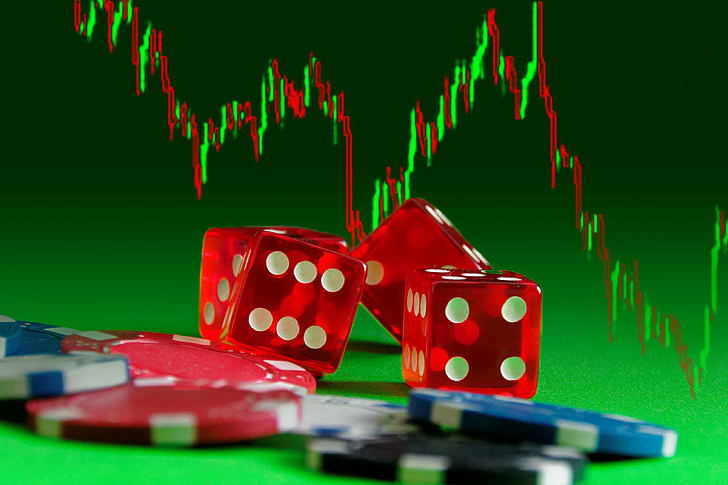 In the midst of the COVID-19 catastrophe, some parts of the economy are booming. Speculative investments are continuing in a frenzied fashion. The latest celebrity-driven fads, NFTs and SPACs, are among the insane expressions of this whirlpool of speculation.

Capitalism is currently in the worst crisis in its history. Much of the economic damage caused by COVID-19 and subsequent lockdowns worldwide is predicted to be permanent, and it is widely understood that there will be no going back to the pre-COVID-19 economy.

And yet amidst this economic destruction, certain areas of the economy appear to be booming.

Stock market prices have reached new highs this year, after recovering from crashes experienced during the first wave of COVID-19 in 2020, and Bitcoin has reached record highs this year. UK property prices also defied the crash and rose 7.5 percent in the year to January 2021. In other words whilst the real economies suffer from the effects of the crisis, speculative investments have increased on a frenzied level.

This is symptomatic of a declining system that lacks any logic or reason. Global capitalism has only been able to keep its head above water in the midst of the biggest crisis in its history thanks to trillions being pumped into the economy by central banks. Instead of being used to repair the damage, the capitalists are throwing this cash at all manner of absurd speculative bubbles.

Within the last few months, there appears to be a new, largely social media and celebrity-driven craze over so-called NFT’s and SPACs, with some ordinary investors clambering for a slice of the pie amidst the promise of easy money.

An NFT is a unique “non-fungible token” that is stored on the blockchain. They are non-replicable and have been created for assets such as images and digital artworks and are intended to provide the buyer with a unique claim to ownership, like a certificate.

In March, an online collage by digital artist Beeple, authenticated with an NFT, was sold at Christie’s for $69.3M. Its sale has fuelled a frenzied demand for these tokens.

The problem is that when it comes to digital assets like the online collage by Beeple, the creation of an NFT is an attempt to create artificial scarcity where there is none. Anyone can create an NFT for a digital asset, even if there’s no actual asset behind it! The owner of the NFT may state that they hold the “original” token for the asset, however, the asset itself is not controlled in any way by the NFT.

The supposed value of the NFT is in the idea that this unique digital certificate of ownership is valuable in its own right. However in relation to the actual digital asset, whether it is a .jpeg photo file or another piece of digital media, these assets can be freely and easily copied and distributed by anyone on the internet. And unlike a physical asset like a one-off oil painting, for example, each copy of a digital artwork is exactly the same as the original! At the end of the day these artworks are just data and information which can be duplicated with the click of a mouse!

Indeed it has been pointed out by many commentators that NFTs don’t even offer any additional rights beyond standard copyright!

These NFTs are just another get-rich-quick scheme that has been driven to stratospheric heights by speculation and social media hype. There is no actual value in the NFTs themselves and the bubble around them is merely a reflection of the irrationality of the capitalist system.

On top of this, NFTs are very environmentally damaging, because encoding artwork onto the blockchain involves complex computations that are highly energy intensive. In six months, a single NFT by one crypto artist consumed electricity equivalent to an EU citizen’s average energy consumption over 77 years. This naturally results in a significant carbon footprint.

This is an issue that applies to blockchain technology more generally. For example, the original cryptocurrency Bitcoin (BTC) has an estimated annual energy consumption in the range equivalent to about 0.45 percent of the world’s entire electricity production.

This wastefulness is another hallmark of the senile decay of the capitalist system, which has already hurled the planet into an existential environmental crisis.

The craze for NFTs is just one of the insane bubbles that are inflating right now. Investors are also piling huge amounts of money into what are being called ‘SPACs’. SPACs, or “Special Purpose Acquisition Companies”, are being referred to by investors as a “blank cheque” company. 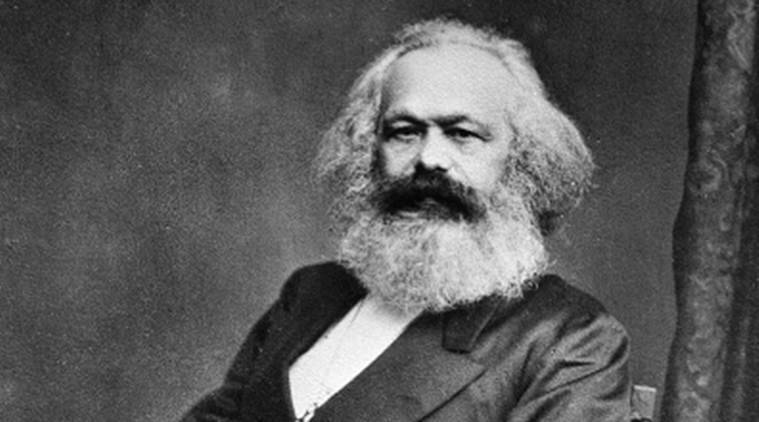 These companies, which possess no assets and have no business activity, only exist to raise capital via an Initial Public Offering (selling its shares to the public) selling shares at $10. The initiator of the SPAC then promises their investors that they will hunt around and find a private company to purchase, which their investors can then keep or sell, hopeful that they might make a profit.

The mad rush for these worthless companies has reached dizzying proportions. In the first quarter of 2021 alone, SPACs have already outstripped their 2020 fundraising total, reaching $79.4BN globally by March. Like NFTs, SPACs are luring investors with the promise of making handsome returns for little to no activity.

The long-term prospects for the investment targets for SPACs are rarely thought out. In fact, the average SPAC loses 10% of its value after buying up a company, with only a small minority making any money for its investors!

In February, the much-hyped US car manufacturer Lucid Motors completed a SPAC deal without having produced a single car! And yet a social media frenzy drove shares up to $60 each, before crashing down to $30 shortly afterward. Lucid’s largest current shareholder, Saudi Arabia’s Public Investment Fund, has profited handsomely as the publicly traded company was worth $64 billion, despite estimates of its actual value being just $12 billion.

No matter. To enhance the craze around them even celebrities like Sena Williams and Jay Z are being brought in on the act by offering their endorsements.

Even the disastrous real estate company We Work, is hoping to go public at a value of $9 billion through a SPAC merger. This is despite already failing an IPO in 2019 and losing $3.5 billion that year, followed by a $3.2 billion loss in 2020!

And yet We Work is currently in discussion with a SPAC named BowX Acquisition Corp, which has brought in former basketball star Shaquille O’Neal as an advisor. This market is appearing to defy all logic.

The focus on celebrity promotion to retail investors (ordinary people) is a cynical attempt to lure in gullible middle and working-class small investors, who are more than likely to have already suffered as a result of the current pandemic and economic crisis.

With millions of workers around the world losing their jobs, and the ones still in employment frequently having to work longer and harder and for less money, the shallow promise of wealth and financial security through investment is attractive to some, especially if an already rich and famous celebrity is promising they’ll make a return.

The only people guaranteed to benefit from this are the SPAC founders and also the existing shareholders of the bought-out companies, who are hoping for a celebrity-driven social media craze to artificially inflate the price of their stock.

These scenes are reminiscent of every other speculation bubble that has gone before it, from the 17th century Dutch Tulip Bubble bubble to the dot.com bubble of the late 90s early 2000s. In this case investors piled into any company that was somehow related to the internet. The fallout was devastating, with an estimated $4-6 trillion of shareholder ‘value’ evaporating in 2000 when the bubble eventually burst.

Karl Marx described this buying and selling of shares that drives share prices ever higher, creating ‘value’ in the market without any real world equivalent as the creation of “fictitious capital”.

The exchange of shares on the stock market is not an actual exchange of commodities (i.e. of values). In fact shares represent a claim to future values, or profits that have not yet been made. The movements in the stock market, therefore, do not necessarily reflect the fortunes of the actual companies themselves, or the health of the economy as a whole.

The recent explosion in the Gamestop share price is a perfect example of this. The investors from WallStreetBets drove the share price of Gamestop up and up and up, but it didn’t mean Gamestop stores were going to become anymore profitable because of it! 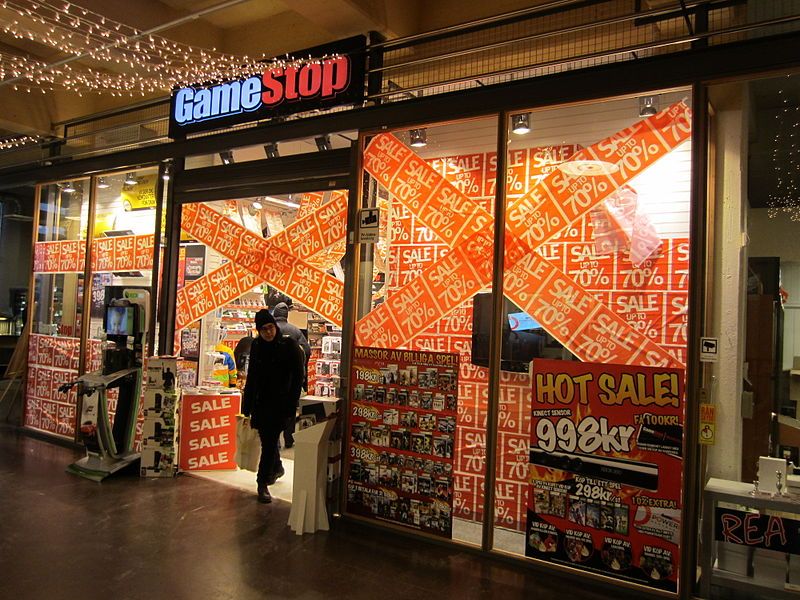 Like with GameStop shares earlier in the year, just because the price of shares is going up, it doesn't mean any new value is created. Eventually the bubble will burst with a bang / Image: Oxiq

The frenzy over NFTs and the creation of SPACs to purchase other companies is just another example of how the capitalists are behaving like gamblers at a casino. No value is being created, and nothing productive is taking place. At most, it is a bet that the value of the initial investment goes up or down.

In the case of SPACs, and in general with speculative investments, the capitalists are putting the cart before the horse. Rather than investing in real companies, or commodity production, investors are throwing money at SPACs in the hope that an investment eventually pays off. Marx described how the ultimate capitalist fantasy was to make money from money, without bothering with the cumbersome process of investment in production itself.

Ultimately this trend towards speculation is a product of the organic crisis of capitalism. Rather than investing in the productive economy, due to a lack of profitable investments, capitalists increasingly seek to avoid the hassle of production itself, and pump money into the stock markets and other speculative areas.

The massive state stimuli that are currently propping up capitalism have left markets awash with cash looking for somewhere to invest. The result has been a huge casino of insane speculative bubbles.

While the working-class everywhere has experienced a decade of austerity and cuts to living standards, and has disproportionately suffered during the COVID-19 pandemic, the capitalist class has only increased their wealth and profits.

The promises to ordinary people of getting rich through SPACs and NFTs are empty and shallow, as the real profits will only ever be made by those already at the top.

The only way for the working class to end their collective misery is to do away with this rotten system in its entirety. This means nationalising the big banks and financial houses, ending the unproductive and parasitic finance capital casino, and expropriating, without compensation, the major stock exchange monopolies in order to utilise this wealth for the good of all of society.