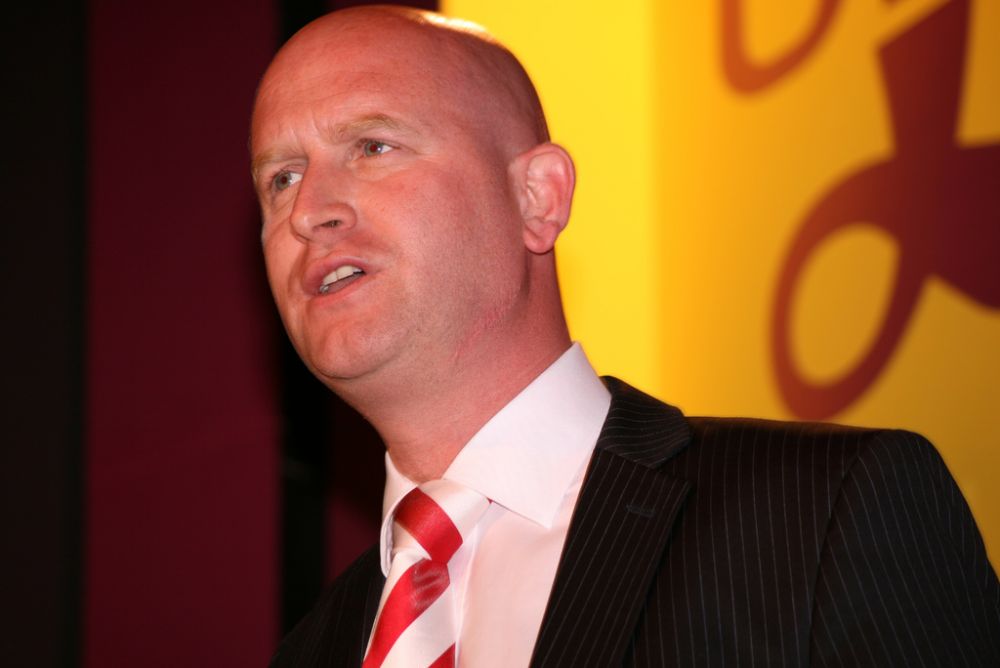 Following the resignation of Nigel Farage – and his successor, Diane James, after only 18 days – Paul Nuttall, UKIP MEP and former deputy leader for the party, was yesterday announced to be the newly elected UKIP leader, winning the leadership contest with over 62% of the votes from party members. But does the future hold in store for Nuttall and this far-right, racist party?

Sometimes winning can be more dangerous for bourgeois political parties than losing.

In the 2000s, the Liberal Democrats managed to pose as being to the left of Labour, with appeals to students and youth and promises to abolish tuition fees and end the Iraq war. Their socially progressive veneer, however, was quickly smashed to pieces as they propped up the Tory government, voted for the bombing in Syria in 2013, and supported the tripling of university fees. The Lib Dems presented themselves as a left-wing alternative; yet when they were called upon to defend capitalism by providing a strong government, forcing through austerity and cuts demanded by the system, they dutifully agreed. These contradictions expressed themselves electorally in 2015 when the Lib Dems were reduced to a rump of only 8 MPs, the lowest in their entire history.

The crisis of capitalism is expressing itself as a crisis of bourgeois democracy, affecting all the major parties. The Lib Dems, with the example given above, were simply the first victims of this crisis, destroyed by the political polarisation and collapse of the centre ground taking place. A similar process was seen with the almost complete annihilation of Scottish Labour at the hands of the SNP. Since the 2015 general election, splits and civil war have emerged within the Tories and Labour also: the former over the question of Europe; the latter, a battle between the Corbyn movement and the Blairite establishment.

In the run-up to the recent EU referendum, UKIP was the only political party that was fully united in calling for a withdrawal from the EU. At first sight, one would have thought that they would increase in strength after Brexit and the achievement of their primary political demand. Indeed, many commentators in the mainstream media heralded a golden age for UKIP after the Leave side’s victory earlier this year. With the Tories and Labour Party riven by internal feuds, and anti-immigrant, far-right nationalists and populists on the rise across the world, some were predicting that UKIP could quickly gain ground and make big electoral inroads.

Yet what has come to pass in the last several months resembles more of a pantomime than a strengthening of UKIP. Fights, hospitalisations, defections, and two leadership elections later, UKIP are in a quagmire.

Following Nigel Farage’s post-Brexit resignation as UKIP leader, Diane James, the winner of the September UKIP leadership election, then stood down after only 18 days, citing that she didn’t have “sufficient authority” in the party to implement the changes which she desired. Steven Woolfe, who wanted to run for the role of UKIP leadership, but who was denied by the party’s National Committee, subsequently got into fistycuffs with a fellow UKIP MEP, leading to a very public resignation from the party. According to Woolfe, “UKIP cannot exist as it is… there is a spiral bringing it downwards.”

With the second leadership contest now over, Paul Nuttall has seen off a challenge from Suzanne Evans, a former UKIP deputy chair, and ex-soldier John Rees-Evans, to become the latest UKIP leader. The three candidates gained 63%, 19% and 18% of party members’ votes respectively.

After months of infighting and crisis within the party, the obvious question is: where will UKIP go from here?

The frontrunners for the role of UKIP leader were described by runner-up Evans as being part of “team sensible”. Yet team sensible consists of Nuttall, the former deputy UKIP leader, with his view that the death penalty should be reintroduced and that the rights of women to access abortion services should be several restricted. At the same time, Evans’ political life in UKIP is not without complications either. She was suspended from the party earlier this year for six months after launching a failed coup against previous head honcho, Nigel Farage.

Nuttall has stated that his focus will now be on uniting the party and looking ahead. But UKIP's recent crisis is a reflection of its own internal contradictions.

A section of the party’s base is rabid reactionaries, whipped into a frenzy by years of anti-immigration rhetoric, which reached its zenith in the weeks leading up to the EU referendum vote. Another wing of the party, however, wants to appear ‘respectable’, seeing themselves as the rightful heirs of a Thatcherite creed. Of course, this does not prevent the ‘respectable’ wing from cynically using anti-immigration rhetoric to succeed in their own aims, as the Tories continually do also.

Farage is a very capable demagogic political creature. He leant on these different wings of the party, managing to stitch them together temporarily to help him in his own personal careerist ambitions. Yet this balancing act could not go on inevitably. Having achieved his lifelong demand for Brexit, and sensing that it was likely to be all downhill from here, Farage decided to leave on a high, stepping down from his leadership role. He is now enjoying life as Donald J. Trump’s preferred candidate for the role of British Ambassador to the USA, having his picture taken alongside the president elect in gilded elevators.

At the same time, there are competing visions within the party’s leading figures over where UKIP goes now that it has led the people of Britain to the promised land of independence from the EU, “taking back control” and cutting the country free from the strangling red tape of the Brussels bureaucracy.

On the one hand, there is a hope – which Nuttall firmly holds – that UKIP can become a party of the working class in Labour’s northern heartlands, winning over (through jingoistic and nationalistic appeals to patriotism, and by bashing and scapegoating migrants) voters who are looking for an easy answer to the shortage of jobs and housing.

“I want to replace the Labour Party and make UKIP the patriotic voice of working people,” the new UKIP leader stated, dismissing Corbyn. “We will be focusing on the issues that really matter to working-class people on doorsteps - immigration, crime, defence, foreign aid, ensuring that British people are put to the top of the queue in the job market."

On the other hand, there are those who want to see the party focus on appealing to big business on the basis of an ultra-libertarian, free market, cut-the-state programme. These two goals and programmes cannot co-exist indefinitely within one party. Nevertheless, in the absence of a strong, left alternative to UKIP, it could continue to thrive temporarily on the basis of mopping up the discontent towards the Establishment and the mainstream political parties.

UKIP may well fade or crash in the next period under its own internal contradictions. It required a wave of anti-establishment anger, and the canny and charismatic figure of Farage, to maintain the veneer of party unity up until now. Yet this is no longer a feasible prospect for the egotist Farage, as the party has no raison d’étre after Brexit. At the same time, May and the Tories – under pressure from the “hang-em, flog-em” brigade of Tory backbenchers and rank-and-file Conservative Party members – are tacking right, moving to occupy the xenophobic and jingoistic ground monopolised by UKIP until recently, and re-absorbing those who had switched from blue to purple.

UKIP’s ascendancy on the basis of racist, anti-immigration rhetoric was legitimised in the previous period in part by the right wing of the Labour Party, with Blairite leaders such as Gordon Brown and Ed Miliband talking of “British jobs for British workers”, “the pressures on communities from migration”, and the need for “controls on immigration” (see the infamous mug, above).

With capitalism in crisis, and with no genuine alternative to offer, the Blairites cynically tried (and continue to try) to capture votes with this anti-immigrant language, rather than pointing the finger at the true cause of the lack of jobs, housing and public services: capitalism. Far from halting UKIP, however, this continued pandering on the part of the so-called “left” leaders gives Farage and co. credibility.

At the same time, under a succession of New Labour figures who knelt at the altar of the City of London, the Labour Party in many parts of the country came to be seen as yet another part of the corrupt and self-interested Westminster political establishment, driving disaffected workers in traditional Labour heartlands into the arms of UKIP as a seemingly anti-establishment alternative.

The lessons from the rise of UKIP are that we need bold socialist policies to combat bigotry and racism. The only way to defeat the far right is by fighting for a socialist alternative. As the Oldham by-election last year demonstrated, UKIP’s appeal in working class communities can easily be cut across by a left alternative that provides a class-based analysis on the questions of jobs and housing.

In turn, the lessons from UKIP’s decline are that we must have a sober understanding of the world around us. UKIP, although a demagogic right-wing party, is not fascist. The rise of such parties brings with it its own contradictions, which sooner or later will come to bear down upon these very same parties.

The crisis within UKIP is a reflection of the general crisis of bourgeois democracy and the crisis of the capitalism system. Only a party that offers a fundamental transformation in society along socialist lines can provide a way out of this crisis.