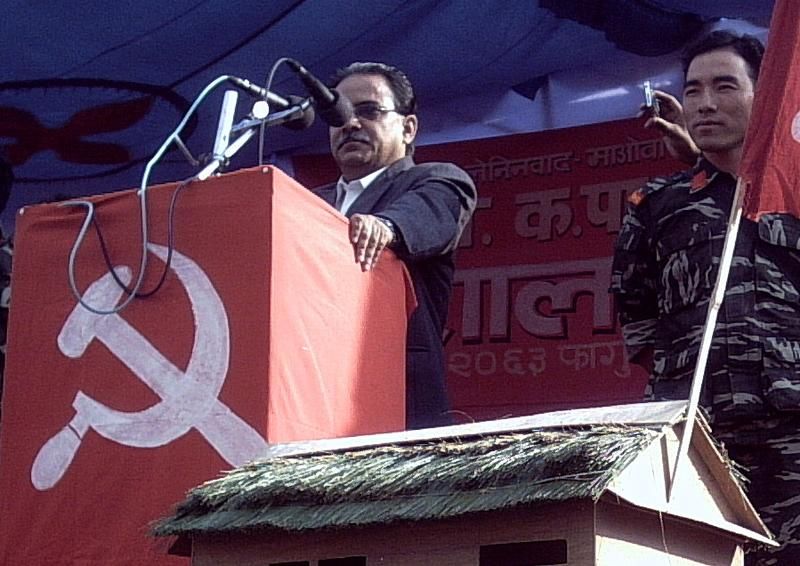 We have received this interesting letter from a reader in Nepal who highlights the shortcomings of the Prachanda-led Maoists in the light of the latter’s resignation from government.

Dear comrades of In Defence of Marxism,

As you might have heard Prachanda recently resigned from the post of Prime Minister of the Republic of Nepal. Regarding the causes of the collapse of the Maoist-led government, Prachanda provided three main reasons for this, namely, 1) lack of cooperation by the coalition partners (UML, MJF); 2) lack of experience of UCPN (M) to run the government and 3) intense pressure from imperialist forces, mainly India and US to maintain the status quo.

Prachanda was under intense pressure from the party cadres and also from the people who had voted for the Maoists to deliver on the promises made by the UCPN(M) during the decade long war and also during the Constituent Assembly the elections held in 2008. But he could not deliver on his promises because he had no effective control over the Nepal Army, where the pro-monarchist and pro-imperialist generals are in command. In spite of the protest from the ruling coalition and opposition parties, Prachanda dismissed the army chief General Katwal, who was reinstated the same day by the Presidential decree. This demoralized the Maoists and served as the immediate reason for Prachanda to resign. However, there are deeper underlying causes for the failure of the Maoists related to their strategies, programmes and policies for revolution in Nepal.

Guided by the Stalinist-Maoist theory of “revolution in a single country”, the Maoist “people’s war” in Nepal came to a dead-end as expected. Isolated from the international working class, the Maoists are finding themselves in a hopeless situation and are indulging in parliamentarism (similar to the post 1990 policies of the UML) while its fighters are staying in the imperialist supervised cantonments like sitting ducks.

One of the most striking shortcomings of the Maoist movement in Nepal is that they identified the armed insurgency of their cadres as the genuine class struggle of the workers and peasants of this country, which was in fact an illusion. The Nepali Maoists never gave much emphasis to organize the proletariat for independent action, due to which the proletariat is still fragmented along ethnic lines and is unable to make decisive action on the political arena.

Above 15,000 lives have already been lost in Nepal in the name of the people’s uprising, and still the prospects for the revolutionary transformation of Nepali society are still bleak, partly due to the wrong policies of the Maoist leaders and partly by the strong support offered by imperialism to strengthen reactionary forces within the country.

It is important that, in these critical moments in the history of our country, workers’ organizations around the world should come to rescue the movement in Nepal so that the workers and peasants in Nepal are not demoralized in their struggle against imperialism and local reaction.