Morocco
Share
Tweet
There has been brutal repression of the workers in Sidi Ifni in Morocco. At least seven protestors have been killed by the police. Please raise a protest, write to the Moroccan authorities and take this issue up with your local Moroccan embassy/consulate.

Read this appeal in French and Arabic. 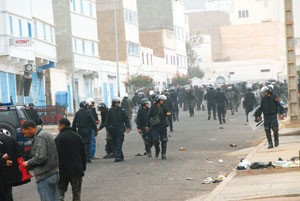 Since Saturday, June 7 the town of Sidi Ifni has been under siege by all sorts of repressive forces, army, police, etc, and its poor population is living in a state of terror because of police assaults against houses, looting and arrests. Young people who have fled and taken refuge in the mountains surrounding the city are still being hunted by the police with the aid of dogs. All this is happening while there is an absolute veil of silence on the part of the "free" bourgeois media.

This brutal intervention comes as a response by the dictatorial regime against protests held over the past 9 days by unemployed youths against unemployment and miserable living conditions in this marginalized city. 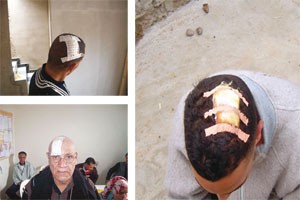 On Friday, May 30 dozens of unemployed youth organized a sit-in to block the road leading to the city's port. The people came out, men and women, in solidarity with them, and they supplied food to the protestors. The sit-in lasted until last Saturday, when the forces of repression decided to disperse the sit-in with force, using police dogs, batons and rubber bullets. The masses of this city, known for their militant and combative traditions, tried to defend themselves with stones and organising demonstrations. This unequal confrontation between bullets and bare chests caused the death of at least 7 people, plus the arrest of dozens of demonstrators. The attack was brutal and did not spare anyone, men, women or children, and was accompanied by assaults against houses and the looting of their contents. 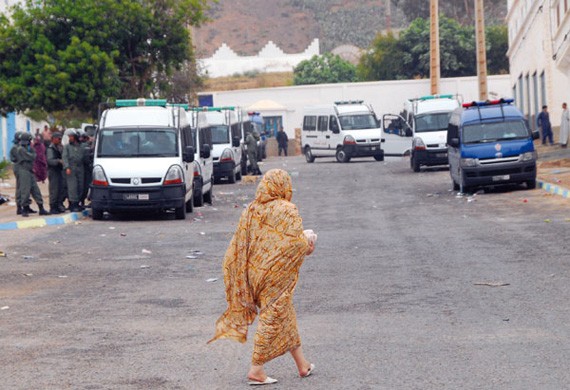 Workers of all countries, the situation is very dangerous! Workers of the world, your brothers and sisters, the poor and exploited masses of Sidi Ifni need your help and solidarity!

We call upon all our readers and all workers and trade union activists and left organizations worldwide to launch a campaign of urgent solidarity with the masses of Sidi Ifni to bring to an end the repression and arrests and the release of detainees and the bringing to trial of those responsible for the massacre of the demonstrators and for the immediate acceptance of the demands of the population.

Comrades, the situation is very critical and our action is required. We must publish information among workers and students and the ranks of our trade unions and left parties, organize solidarity actions such as sit-ins in front of the Moroccan embassies. We must send messages of protest and indignation to the Moroccan government to make it clear that the masses of Sidi Ifni are not alone.

We ask you to send copies to editor@marxist.com and contact@marxy.com so we can publish them so that your brothers and sisters of Sidi Ifni know that you are with them.

List of Moroccan embassies/consulates:
http://www.yabiladi.com/consulats/ (in French),
http://www.arabwebsite.com/moroccanembassiesintheworld.htm (in English)

A demonstration and some footage of the police intervention