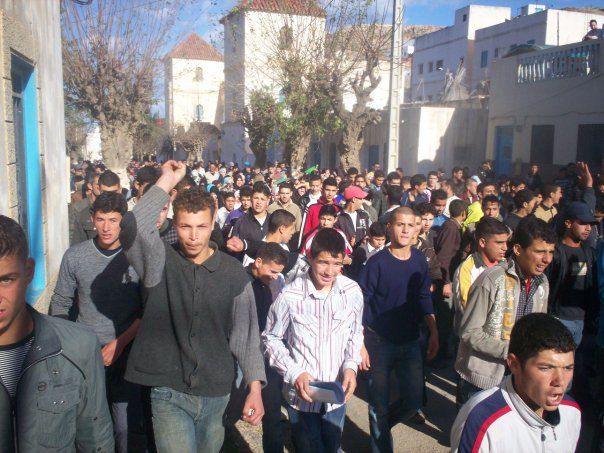 On October 25 the Court of Appeal sentenced the three youth leaders of the Jebha protests to six months in jail and a fine of 1000 dirham each (approximately half the official monthly minimum wage). The three had been part of a popular protest campaign against the lack of water and electricity in the village at the end of December 2009. They need your support!

The three were arrested and accused of organising an illegal demonstration and of destruction of public property. More background information can be found on (Morocco: Free the three detainees from Jebha (Chefchaouen)!). During an earlier trial (Morocco: Victory! The ‘Jebha Three’ have been released!) the court was forced to release them because of lack of evidence. But an example needed to be set anyway. The message of the ruling classes is clear: all acts of defiance will be punished! Therefore an appeal was made by the authorities and the electricity company. The result is now known.

The lawyers of the ‘Jebha Three’ are going to appeal to the Supreme Court. To start the legal proceedings the youth and their families first needed to collect 3000 Dirhams (a bit less than 300 euros or 230 pounds). This sum was collected in the village and last week the appeal was presented. The lawyers insist on the complete lack of any evidence to condemn the youth. The judgement was based exclusively on the witness reports of…. the ‘Gendarmerie’ (the police). If the Supreme Court does not accept opening the case the youth will be sent immediately to jail. We will not permit those young fighters for social justice to be sent to jail. The whole village is mobilised against this clear act of revenge on the part of the established order. The solidarity campaign was reactivated with the help of the Moroccan Human Rights Association (AMDH) and other groups in the region.

The three youth are Mohamed Zatif a local fish seller; Mohamed Said Ouiryarel, a small shopkeeper; Yassine Al Bazzi, who works in a café in the village. See photo: 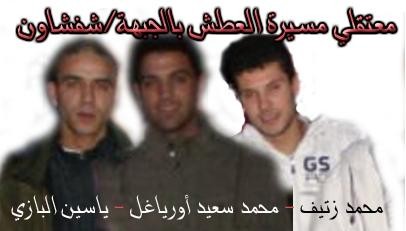 The IMT supports the campaign for their immediate release.

Messages of protest can be sent to:

With copies to This email address is being protected from spambots. You need JavaScript enabled to view it.