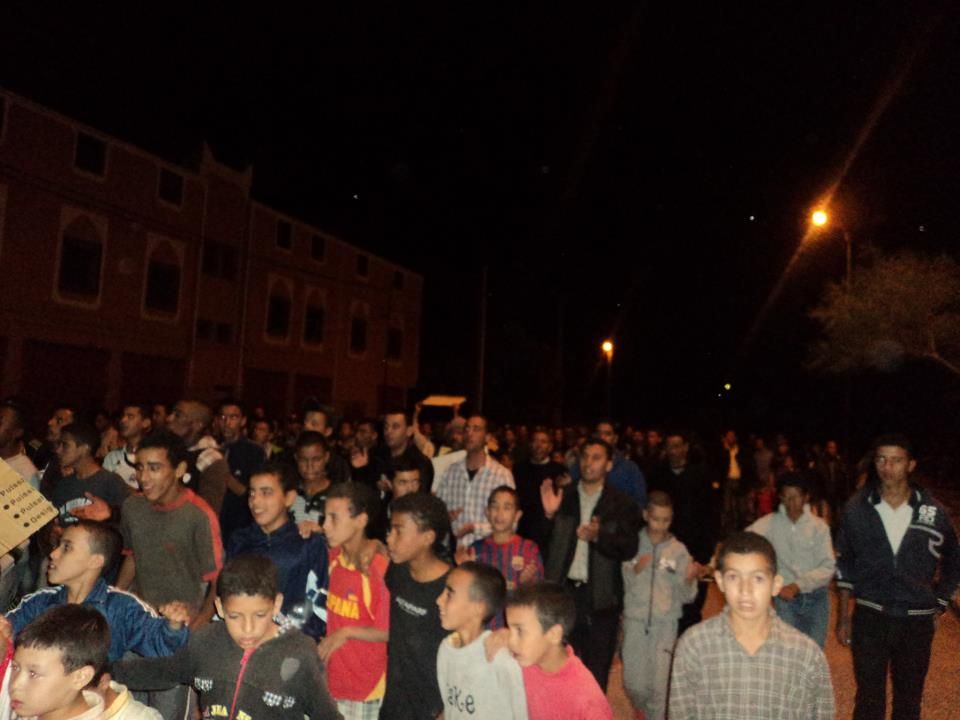 The struggle of the Bouazar miners is entering a crucial stage thanks to the mobilisation of the masses in the cities of Ouarzazate and Taznakht. Fifteen miners have been arrested since then and are being brought to court accused of obstructing the freedom to work during their two day strike on the 10th and 11th of October. This struggle has raised a lot of sympathy amongst young people, school students and workers in the region, nationally and even internationally. The echo in the Moroccan media is as expected, very weak. The system multiplies the walls of silence surrounding it. It is a symptom of its fear of that exemplary battle.

This does not however undermine the determination and the militancy of the miners of Bouazar in the cities of Taznakht, Ouarzazate and the region. The demonstrations started in Taznakht on Friday 12th bringing together the families of workers, students and school students.  Although the demonstration on Saturday was big, the one on Sunday was the largest ever with more than 1000 people protesting. The slogans were more militant and revolutionary.

On Monday 15th of October, the CDT union called for a regional general strike. The participation was large involving workers from all sectors of economic activity. Six thousand workers marched through the streets of Ouarzazate (see video). The forces of repression were completely absent. The march reached the Court House and it was besieged by the workers. Only when the demonstrators tried to erect a tent for a sit-in did the police try to intervene. There were some skirmishes with the police but they were afraid and scared and did not know what to do. At a certain moment the officers were begging the workers to stay calm but the workers were ready to confront them if necessary. 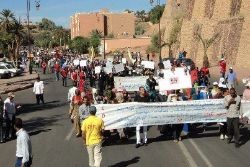 The trial of those arrested did not respect even any formalities: it was held behind closed doors barring families and the public from entering the court.  The police sealed all entries by surrounding the building.

In the evening negotiations between the union and the Minister of Justice did not reach any satisfactory conclusion, this is the release of all the detained miners.

The miners decided to stop work again for 24 hours and in the evening there was a new protest demonstration. 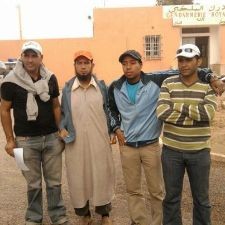 Write messages of protest to the:

Ministry of Energy and Minerals:

Please send a copy of protest messages and faxes and messages of solidarity to Marxist contact@marxy.com site to reach the workers.

Or you can put your solidarity messages to the local group of the CDT on Facebook.

The solidarity is necessary to raise the morale of workers and their families and convince them that they are not isolated in their fight against exploitation!

The solidarity is necessary so that the company's management and owners  know that the workers are not alone!