Since I wrote this, Chenzhou has not had power restored. Price rises have been banned, although prices for food have actually skyrocketed in affected areas and in many places there is no food in the shops.

Guangzhou railway station has seen another million people gather there. Although trains are running (they can move 400,000 per day) all railway carriages have been commandeered by the State to ensure coal reaches power plants. 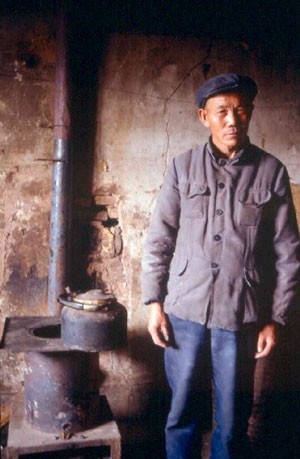 The largest human migration in the world gets under way every Chinese New Year, as China's 120 million strong army of migrant workers make their annual trip home. This year heavy snows led to railways and roads being overburdened and transport bottlenecks wreaked sudden nationwide chaos.

Coal prices are set by the market, but electricity prices are fixed by the state. Power plant managers were unwilling to pay the increased prices demanded by coal mines, which are in the process of privatisation. As the snows fell, coal stocks at power plants held only 8 days supplies - 40% down on the same period in 2007- causing widespread blackouts. In Chenzhou, a city of over 4 million inhabitants, power was cut off for 8 days.

The government mobilized 250,000 army troops, the People's Armed Police and 770,000 paramilitaries, and is issuing edicts to keep the nation running. Top Party officials have been on inspection tours to pacify angry crowds. They know conflict can erupt suddenly.

In front of the railway station in the southern city of Guangzhou, the main station for trains taking migrants workers from Guangdong province to their homes in the interior, 400,000 migrants are stranded as I write. Whilst this number was 800,000 a few days ago, conditions have eased somewhat and railway traffic has started to resume. However a total of 30 million people have been stranded at one time in the last few days. Migrant workers have been urged to stay in their factories and phone their New Year's greetings home. For many, with thousands of miles to travel to their annual family get-together, this is a huge blow.

However given the scale of the problem, the government and army response has been determined and rapid as heavy snowfall affected over 75 million people. They have avoided the incompetence displayed in New Orleans after Hurricane Katrina hit the city. In China central power controlled by the bureaucracy and army is still strong and able to be mobilized by the state when the will is there.

Nevertheless workers correctly see 'those above' as responsible for the errors and mismanagement which caused unnecessary breakdowns in the nation's infrastructure. Whilst the rich can travel anywhere, anytime, the poor cannot even get home once a year. The migrants live in factory barracks, shacks and construction sites, building city houses and apartments for the rich, or producing commodities for world export. The sense of being 'those below' serving 'those above' is all-pervasive.

The official line of the Party leaders is that China is building a 'harmonious socialist society,' although the word 'socialist' is often forgotten when repeating the phrase.

The All China Federation of Trade Unions (ACFTU) is supposed to represent the entire working class, galvanizing the workers behind Party, government and business objectives within the workplace. Generally the ACFTU representatives in factories are appointed from above, playing a purely palliative role in conflicts, much like a workers' charity. In the case of Chinese New Year the ACFTU is supposed to ensure that unionized migrant workers get home. Last year they provided transport for 30 million migrants.

Total union membership is over 150 million of whom 41 million are migrant members, and 8 million of whom joined in 2007. Many will ask why the ACFTU has such little societal power given their colossal numerical strength. The ACFTU is seen by the workers as a representative of the government at the workplace - to protect the workers against employers and monitor the implementation of labour laws. Whilst the ACFTU is singularly absent in militant labour conflicts, the union bureaucracy has sought to gain a certain strategic position inside workplaces, to serve the Party and government and act as an instrument fostering social stability, i.e. to limit the spread of worker protests. High profile cases demanding the unionization of Wal-Mart, Coke and other multinationals organized by the ACFTU leaders are designed to reinforce this image.

The government has recently amended its position on strikes and demonstrations. In 2005 the Minister of Public Security stated that "in the current stage, mass protests are essential manifestations of social and economic tensions. They are not oppositional and do not have a clear political motive." This is a big change containing some truth. Protests by state employees in the mid 1990s often took place behind revolutionary slogans like, "down with the new capitalists" and "workers are the masters of the state." This is no longer the case, but this does not preclude such slogans re-emerging in future.

This is for two main reasons:

1. Party leaders believe that the market creates a separation of economic from political power which allows a certain space for protesting forces to vent anger and pressurize 'bad employers' without undermining state power.

2. Party leadership and government organs seek to act as agents between the workers and the employers. The main candidate for this role is the ACFTU which is supposed to intervene to prevent conflict, to nip discontent in the bud, and to intercede to keep social peace. The ACFTU is seen as an instrument of reformism.

All over the country laws concerning wages, hours of work, overtime, health and safety etc. are ignored by employers. Capitalists and factory managers think that "communistic laws' promulgated in Beijing can be ignored with impunity, just as anti-corruption laws and campaigns are largely ignored. When it comes to new private property laws however, they salivate at the progress in society.

Every trick in the book has been used to rob the workers of the factories that they built, owned, protected, and often lived inside, for decades. In the restructuring of State Owned Enterprises (SOEs), layoffs, bankruptcies and any fundamental changes, are supposed to be presented to the factory or workplace "workers' congress" (a general assembly of the workers) for approval, before implementation. In practice these congresses are tricked or bypassed. 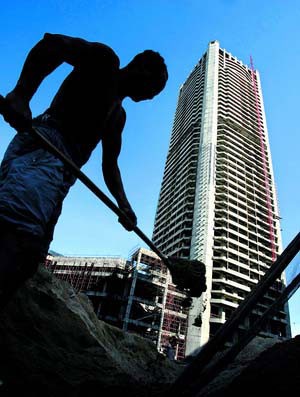 SOE restructuring has not been so simple as imagined. Even years after the event, the consequences have not been accepted by laid off workers. The discrepancy between the legal framework for restructuring and reality, often led to unrest during and after the restructuring process. For example, in the Shengli Oil field 20,000 workers signed agreements to be laid off, but when the oil price rose they felt they'd been tricked. In November 2005 several thousand workers, who had been made unemployed, blockaded management offices demanding their jobs back.

In the private sector 30,000 workers in the Dalian development zone went on strike in September 2005. Average wages in Dalian city were 1600 RMB per month. However in the development zone factories’ wages were as low as 500 RMB.  In July 2005 a strike at the Toshiba factory led to a wage rise of 150 RMB. The strike spread to ten other Japanese factories. The close physical connection of these workplaces and their living barracks helped the contagion to spread. Some strikes and protests in the last two years have reflected increasing communication between workers who have found ways to coordinate actions by phone and internet.

Unfortunately the ACFTU acts as if there is no class conflict. They see themselves as the  agents of 'harmonious national development'. The union does not normally organize strikes or class conflict. Nevertheless in a new development at Uniden Electronics in Shenzhen, 16,000 workers went on strike demanding a labour union be set up. Although this was achieved with ACFTU support, the union officers were then appointed by the management.

In 2005 the Chinese Academy of Social Sciences published a "Survey on the Issue of Social Harmony and Stability." When asked if there is conflict between social groups in China 16.3% said 'no conflict', 44.9% said 'a little conflict', 18.2% said 'a rather large conflict' and 4.8% a 'very serious conflict.' Public hostility to the sham talk of 'harmony' has risen sharply. The survey also revealed that "inequality" is seen as China's main social problem, whereas it was ranked fifth in 2001.

As migrants now constitute the core of the working class in the private sector, the ACFTU has been forced to organize migrants in order to assist the Party and government to influence and control potentially explosive conflicts. Whilst there were occasions when lower level managers, Party officials and ACFTU representatives played a role in protests, in general these movements are spontaneous.

With the downturn in global demand particularly from the United States, China faces economic dislocation from asset bubble collapses in property, banks, stocks, shares and so from a fall in sales of manufactured goods. Labour unrest is certain to rise. This will be reflected in the ACFTU. The Communist Party led government has introduced some progressive laws to protect workers' rights, but to resist the arbitrary rule of the bosses and realize the "rule of law" for workers requires militant unions to mobilize the power of the working class.

When the ACFTU was founded on May 1st 1925 it was the Guomindang (Kuomintang) and the Confucians who advocated 'social harmony' with the capitalists and imperialists. In 1927 they banned the ACFTU, executing many militants. To advance the rights of the workers, militant trade unionism is needed. Promises, laws, proclamations and studies will never be able to create 'social harmony' and a good life for all. The Year of the Rat will see increasingly angry and discontented working masses, unified by their conditions of life and a profound sense of injustice.