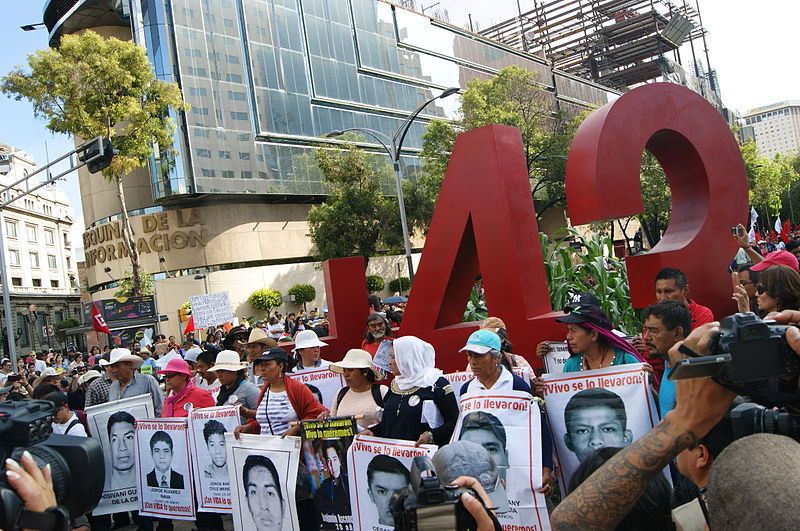 The battered “historical truth” about the disappearance of the student teachers from Ayotzinapa, an account constructed by the Enrique Peña Nieto government based on torture and grotesque distortions, has completely fallen apart. On 7 July, the Attorney General's Office confirmed the identification of Christian Alfonso Rodríguez Telumbre, one of the 43 student teachers. His remains were not found in the Cocula dump, or in the San Juan River, but in a place 800 meters from where Peña’s version of the “truth” was built.

The new results of the investigations

On 4 December 2018, the creation of the Presidential Commission for Truth and Access to Justice in the Ayotzinapa case (CoVAJ-Ayotzinapa) was decreed, whose purpose, according to official documents, is to assist the families of the victims of the Ayotzinapa case to achieve justice and knowledge of the truth.

In January of this year, the Inter-American Commission on Human Rights (IACHR) announced that the Mexican government accepted the reinstatement of the Interdisciplinary Group of Independent Experts (GIEI), which played an important role in clarifying the events that occurred on 26 and 27 September 2014. In their conclusions, they state that the students were not burned in the Cocula garbage dump, as stated by Peña Nieto government officials, and that all the security forces, including the army, were aware of the coordinated attacks on the student teachers. The stated reason for this attack was the possession of a bus that would be used (along with others) so that students from rural schools could travel to the 2 October march to Mexico City, and that said bus could have contained a drug shipment, of which the student teachers were unaware.

In March, the CoVAJ-Ayotzinapa found remains linked to the search for the 43 student teachers who disappeared during the early hours of 26 September 2014, which were sent to the University of Innsbruck in Austria for analysis. In the past few days, the results were presented that the remains are from Christian Alfonso Rodríguez: a missing student. The remains were not found in the Cocula garbage dump, but in a ravine located 800 meters away from the dump.

The aforementioned results completely broke down the so-called “historical truth", which had already been undermined by the investigations and conclusions of the GIEI and the massive social mobilisations that put the Peña Nieto government and the state under scrutiny during the second half of 2014.

However, the next steps in the investigation might meet great resistance from sectors of the Mexican state, since the conclusions indicate that the army, in particular the 27th Infantry Battalion of Iguala, had a role in the events of the night of 26 September and the morning of 27 September 2014.

It was the state!

Unfortunately, generalised violence in the country has become normalised, and the situation worsened during the six-year terms in office of Felipe Calderón and Enrique Peña Nieto. Objectively speaking, the government of Andrés Manuel López Obrador has not been able to contain it.

The drug cartels have seized entire regions of the national territory, in collaboration with police, government officials, and even senior military officers, who have also diversified their criminal activities. The existence of a narco-state, or as they called it a “failed state” at the time, is not something that can be ruled out.

This situation has even reached high levels of government. For instance, Génaro García Luna, who was Director of the Federal Investigation Agency during the six-year term of Vicente Fox and Secretary of Public Security during the government of Felipe Calderón, and who is now a prisoner, is accused of links with organised crime. He is a clear example of this situation; however, he is not the only one.

The conclusions of the GIEI and investigations of journalists have clarified enough of the initial uncertainties about the disappearance of the student teachers from Ayotzinapa, on that fateful day in 2014. 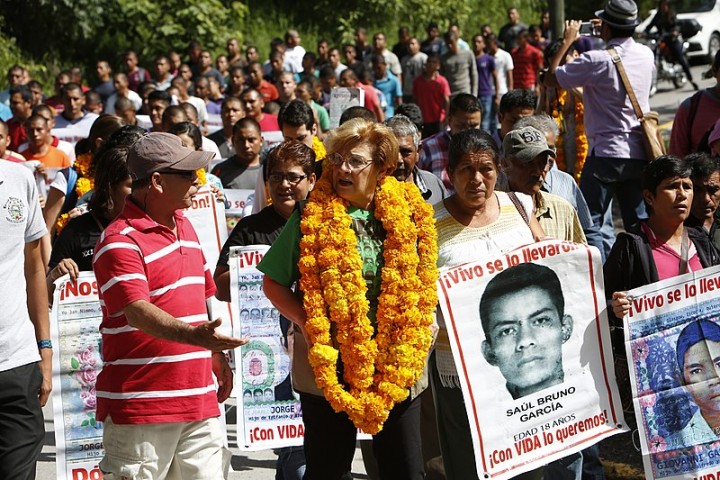 The Federation of Socialist Peasant Students of Mexico, an organisation that brings together a significant part of the country's rural student teachers, decided to massively participate in the commemorative student march in Mexico City on 2 October 2014, as it does every year. To do this, it delegated to the students of Ayotzinapa, Guerrero the task of transportation for all rural student teachers in the country. They began to implement this task in the days prior to the date of the demonstration through the momentary appropriation of various buses from terminals in Iguala and municipalities nearby.

On the afternoon of 26 September they went to the Iguala terminal, took some buses and left for the Rural Teacher School “Isidro Burgos"; however, during the journey they were violently attacked by municipal, state and federal police.

For decades, the hatred of politicians and the ruling class of the region has been earned by the consistent struggle and resistance of the rural student teachers. 2014 was not the first time that they had faced state violence, three years earlier two school students were killed by the state police during an eviction on the Sol del México-Acapulco highway.

However, the way in which the police reacted during the night of 26 September through the morning of 27 September was incomprehensible, until several facts came to light that the Peña Nieto government tried to cover up and bury under a mountain of forgeries. Without wanting it and without knowing it, the student teachers took possession of a bus allegedly containing a drug shipment, that was part of a transport network from Guerrero to Chicago. The violent way in which various levels of the state acted and the disappearance of the student teachers speaks to the involvement of governmental sectors, the police departments and even the army in this drug trafficking network.

The participation of the 27th Iguala Battalion in the events is documented and was discarded at the time of constructing the so-called “historical truth”. During the morning of 27 September, a group of student teachers showed up at a private clinic with an injured student and had contact with a group of soldiers who raided the clinic. It has been verified that elements of the army took photos of the moment when the students were taken down by the police from the buses to later disappear. They were aware and informed of how the events took place and according to investigations by the journalist Francisco Cruz, author of the book The war that they hide from us, the cell phone of the student Julio César Mondragón, who was assassinated and skinned, was active six months after his murder. The site it was traced to during those months is the Iguala Army Barracks, Military Camp No. 1, located in the State of Mexico and the offices of the Centre for Investigation and National Security in Mexico City.

Enrique Peña Nieto's government constructed its “historical truth” on the basis of falsifications, half-truths and distortions. Even journalists like Anabel Hernández have documented that the statements of the alleged assassins and of the policemen arrested were extracted based on the torture that was carried out in the facilities of the Attorney General's Office. The idea that only municipal police officers, by order of José Luis Abarca (then municipal president of Iguala) and his wife, in coordination with a local organised crime gang, attacked, kidnapped, murdered and later cremated the bodies in the Cocula dump has been strongly questioned since this version was released. It was dismantled in the following weeks and has now been buried with the results of new investigations.

The “historical truth” in turn tried to cover up the involvement of federal public officials, national police corporations, and the Mexican military itself in illegal business and activities.

The Peñista version of events has completely collapsed, and now progress must be made in knowing the full truth of what happened on that night in Iguala. The slogan “It was the state!” is still completely valid.

The state is not a neutral entity: ultimately it is a group of armed men at the service of property, it is a machinery of the oppression of one class over another. The change of government does not change the oppressive and repressive essence of the state. In the case of Mexico, it not only defends the interests of the ruling class, but also the shady deals of organised crime. In the search for justice for the relatives of Ayotzinapa, the state's character is being exposed. There will be resistance, pressure and threats from the sector involved in the horrendous crime and disappearance of the students. We must get to the heart of the issue and prosecute those responsible, who are not solely the public officials of the Peña government. We must overturn the high command of the army in Iguala, Guerrero if justice is to be done.