Events of the Arab Revolution and the movements across Europe and USA have once again vindicated the Marxist positions about the role of youth. It was the youth who initiated these revolutions and movements. Subcontinent and Pakistan have a rich history of the revolutionary role played by the youth. As the “best barometer of society”, the revolutionary youth of Pakistan have realized the need to join hands in their common struggle against oppression, unemployment, fundamentalism, discrimination, costly education and capitalism. 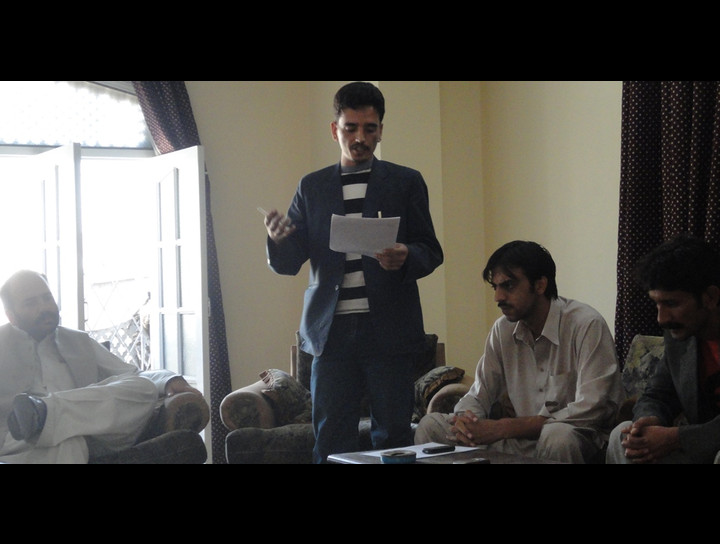 On 29th October a meeting was held in Rawalpindi to discuss the current situation and perspective of the youth movement and to draw a strategy for that. The meeting was attended by representatives of numerous revolutionary youth organizations from Pakistan. Rashid Khalid from BNT (Unemployed Youth Movement) made the opening speech and explained the current situation in the world and Pakistan. He spoke about the history of youth movement in the Indian Subcontinent and Pakistan and explained the role of youth in the revolutionary struggle. Among the Participants were Former President Azad Pashtoon Student Federation Tariq Afghan, Vice President Baloch Student Organization Zubair Baloch, Leader of Inqlabi Council University of Agriculture Faisalabad Comrade Ismaeel, Former President Jammu Kashmir National Student Federation Amjad Shahswar, President JKNSF Rashid Shaikh, Information Secretary Jammu Kashmir Peoples Student Federation Saqib Farooq, Shehryar Zouq from Peoples Students Federation Punjab, Mahbaloos Asad from The Struggle Group and a comrade from Youth For International Socialism.

The speakers said the whole world is in the agony due to the failure of the system and movements are erupting all over the planet. The working class and masses have rejected the capitalist system and the need of a new society has united the humanity in class war and class solidarity. The rottenness of the system is most visible in Pakistani society. Every section is in problems and the ruling class is indifferent. Financial institutions are on loot and plunder while the masses are facing the anguish of price hikes, poverty, unemployment, hunger, disease and illiteracy. In this situation it’s the duty of the students and youth to bring about a revolution to end this misery. This is the epoch of the end of capitalism and movements have started around the world. It becomes necessary for all progressive student and youth organizations of Pakistan to join the international movement to uproot capitalism from Pakistan and fight for a socialist revolution.

In this meeting decision was taken to Form All Pakistan Progressive Youth Alliance to unite all progressive student forces of Pakistan. Comrade Amjad Shahswar was unanimously elected as the coordinator for this alliance. He was given the task to write a founding document for this alliance and call its next meeting in which other progressive student federations and youth organizations should be invited on the agenda of struggle for the rights of students and youth in Pakistan and against Capitalism through a socialist revolution. 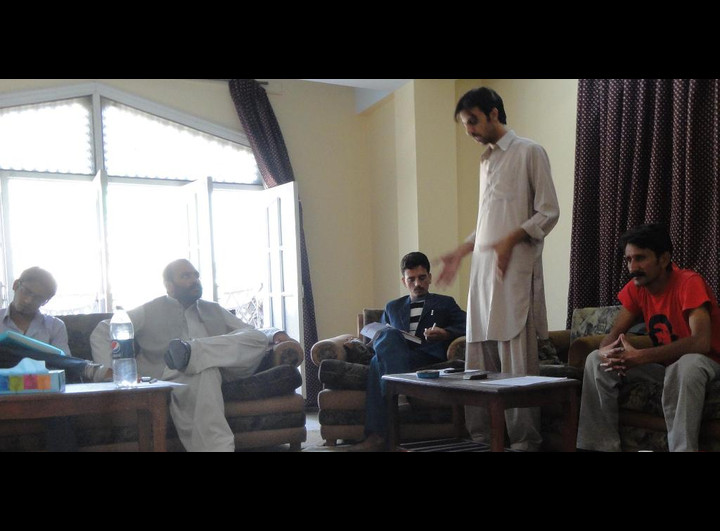 No right is won without putting a fight for it. Our problems cannot be solved unless we go beyond all discriminations and unite among ourselves on a common platform. Youth is playing a key role in the revolutions around the world. Youth in Pakistan have revolutionary traditions and they have not forgotten those traditions. The rulers have always tried to keep the youth away from politics so that they don’t pose any threat to the plunder of the rulers by waging a struggle. This is the reason behind the ban on the student union, reactionary and fundamentalist student groups are free to hold activities in educational institutions all around the country but progressive and revolutionary students are strictly prohibited from any such activity. If they try to organize or demand their rights they are brutally tortured and fake cases are registered against them. Leadership of traditional parties of working class is also using all tactics to sabotage their own student wings so that they do not have any accountability for their corruption and betrayal from the basic ideas of their parties.

Now it is time to unite against these corrupt leaders who are stooges of Imperialism, against the ruling class of this country and the whole world and start an irreconcilable struggle. This is the purpose for the formation of All-Pakistan Progressive Youth Alliance.