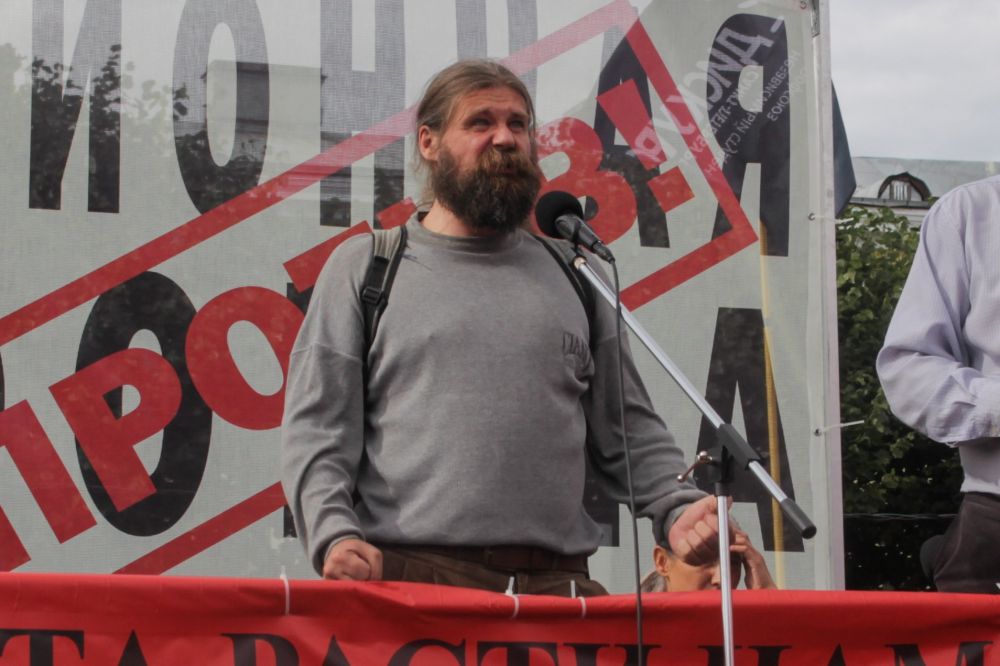 In St. Petersburg, 2,000 people took part in a rally organised by the Communist Party of the Russian Federation (CPRF) at Lenin Square, in front of Finland Station, to protest against Putin's counter-reform to pensions. Comrades of the IMT raised the slogan of revolution!

The fight against Putin's pension reform is approaching its denouement. Dozens of political and social activists all over Russia are distributing leaflets at metro stations every day. Hundreds of people share messages of protest on social media networks and thousands attend rallies.

There are auto-translated English subtitles available in the YouTube video of the comrade's speech:

People of many different ages, from youth to retirees, are taking part, as well as an unusual number of women. Industrial workers, professionals, students; people from all walks of life are united by one thing: they all work for a wage. They know that, sooner or later, they will not be able to work and will have to retire.

But when should this happen? On this score, the government and the people disagree. The government and capitalists are concerned with the need to protect the interests of capital, and demand the retirement age be increased. Meanwhile, working people feel the approach of old age with aching feet, weariness and the inability to keep up, and cannot abide toiling to the age of 65, as proposed. The question is simple: who will win?

In order to win, you need a strategy and tactics of struggle. The Communist Party has pinned its hopes on a referendum on Putin's proposal. Unfortunately, the government, as always, outplayed the opposition. In Communist Party propaganda and speeches by CPRF activists, notes of grief have sounded over missed legal "opportunities". But it is clear that there are other methods of struggle, such as turning to the streets.

One of the leaders of the Russian Communist Workers Party, Stepan Malentsov, condemned the opportunism of the Communist Party in his address to the crowd in St. Petersburg, as well as the very idea of ​​the referendum as a waste of time and energy. In his militant speech, the leader of the MPRA trade union, Alexei Etmanov, sharply criticised the economic and political policies of the government, and called on the organized working class to strive for their rights and interests.

Comrades from the IMT at this rally sold more than 50 issues of our paper, The Enemy of Capital, and distributed flyers with an appeal to attend our rally on September 16, in which we will agitate for a progressive social agenda. One of our comrades spoke to the crowd, describing the pension reform as a "vile blow against the working class in Russia" and calling for revolution as the only way to end the nightmare of exploitation in which ordinary Russians work into old age, while the billionaires get richer.

"We are told: 'revolution is a nightmare'. No! For some people [the capitalists] it is a nightmare, and for millions of working people: liberation!"