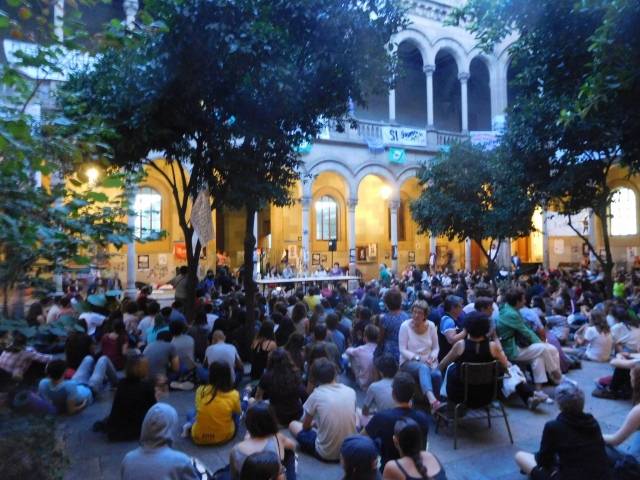 This morning (Sunday, 24th September), there were mass rallies all over Catalonia. The one in Barcelona was attended by thousands of people. This is significant, because this weekend is the Mercè festivity, which is a very important holiday and one would not expect big demonstrations. 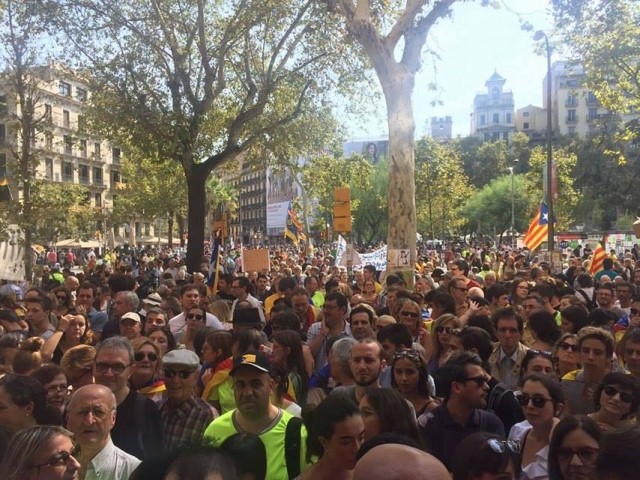 In the pageants and concerts of the celebrations there were spontaneous shouts of "we shall vote!" and "independence!" In the rallies printers were set up on the squares to produce electoral propaganda (which has been a major target of police operations).
A million ballots were handed out today (several million ballots have been requisitioned by the police so far). Big postering teams, previously the object of arrests, have been organised and there are streets that are entirely papered over with pro-referendum posters and banners.
The main plank of the propaganda now focuses overwhelmingly on freedom, democracy, the republic, and also questions of social justice and social change. Nationalist themes like language, culture, history, etc. have virtually disappeared. Even Barcelona en Comú, the electoral bloc of Barcelona's mayor Ada Colau, and one of the left-wing forces that were most lukewarm towards the referendum, is now also putting up posters against repression and for participation in the vote.
In the evening, there was a big assembly at the occupied university building on feminism and the emancipation of women in the new republic, which was attended by several hundred. The occupation is dominated by pro-independence youth organisations aligned to the CUP and to the left ERC.
The call for a general strike is intensifying. The Catalan branch of Podemos launched an appeal to the big trade union federations, CCOO and UGT, to join the strike movement on October 3. Then call for a general strike has become a key element in the propaganda of the CUP. At the same time, Catalan vice president Junqueras, from the centre-left ERC, made an appeal to Spanish democrats to fight for the rights of the Catalans and to seize this opportunity to struggle for political change in the rest of Spain, exclaiming "long live democratic Spain!"
Events and consciousness are moving fast. One produces a leaflet in the morning based on the boldest demands and perspectives for the movement, and by the evening those demands and perspectives have become mainstream. An incident I witnessed the other day illustrates the situation: comrade Paolo Tomaselli and I overheard a discussion by some elderly women (far from steeled militants), who were asking where is the EU in this crisis. Paolo retorted that we should expect nothing from the EU, that they'd treat Catalonia like they had treated Greece in 2015. Far from rejecting this argument, they said "Yes! They'll do the same thing! We can only trust our own forces!” 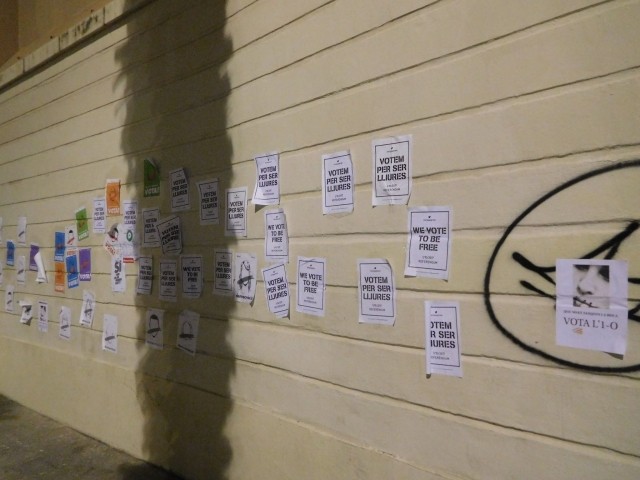 As the mass movement gains traction on the streets and the masses are emboldened, the Generalitat is losing the ground under its feet. The right-wing PDeCAT party has signed a declaration for a "legal" referendum and has made some ambiguous remarks about unilateral secession after October 1. They are looking for a way to backtrack, but are facing enormous pressure from below. The Mossos (the Catalan police) are being pressed to accept the command of the Spanish Civil Guard. They have affirmed they will follow the orders of the Spanish judiciary, but will not submit to a new, centralised command. This was a stupid provocation on the part of the state, and it would be wise for it to backtrack. 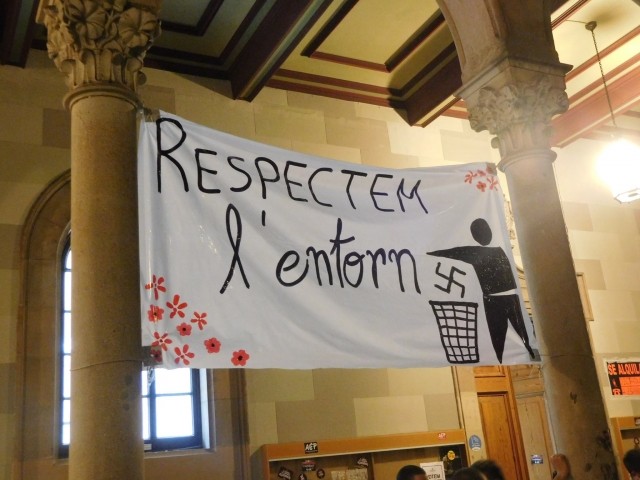 There have been important developments in the rest of Spain also. Podemos has spearheaded an "assembly of parliamentarians" (modelled on a precedent from 1917), which gathered today in Zaragoza to demand a "legal" referendum for Catalonia and the fall of Rajoy. Pablo Iglesias, who has been very critical of the unilateral referendum, is now calling for the government to "let the Catalan people speak on October 1". The assembly has been seconded not only by Podemos, the United Left, and their local allies, but also by the Basque right-wing nationalist PNV, and the Catalan nationalists also sent representatives. The PSOE was invited, but did not participate. The socialists are under a lot of pressure, especially their Catalan branch, the PSC, which has opposed (verbally) the repression against the referendum in very harsh terms.
It must be remembered that the PP minority government is the product of a very unstable pact between the right-wing Ciudadanos and the PSOE (a controversial decision which split the latter down the middle). The government has also relied heavily on the right-wing Basque nationalists of the PNV, who are now also under a lot of pressure to break any collaboration with Rajoy and support the cause of the Catalans.
The assembly ended with an unpleasant incident, when the building was surrounded by some 300-500 far-right protesters who were blocking the exit of the delegates. The police did nothing to stop them, and the delegates left on their own while being booed and harried by the fascists. Podemos and the United Left said this is the consequence of the lack of police, which has all been deployed in Catalonia. This is a false argument: it was a calculated move by the state, which frequently connives with right-wing mobs against the left. They way to combat these aggressions is not to call for the police to protect them, but to organise their own self-defence bodies by mobilising their followers. The CUP was able to stop a police raid on their offices on September 20 by mobilising their sympathisers en masse (which can far outnumber the right-wingers or the police), and Podemos should do the same thing! 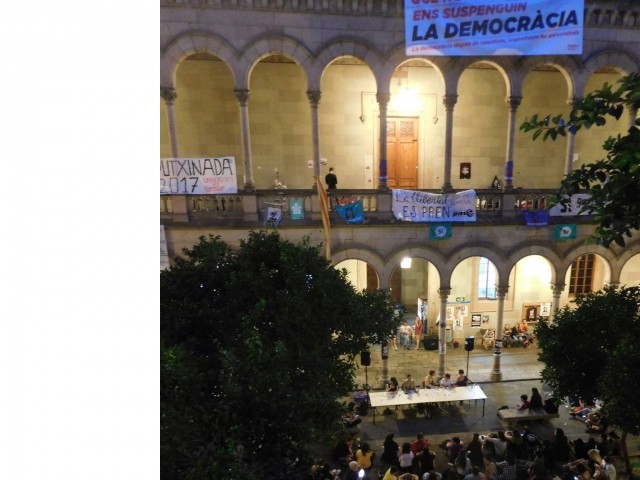