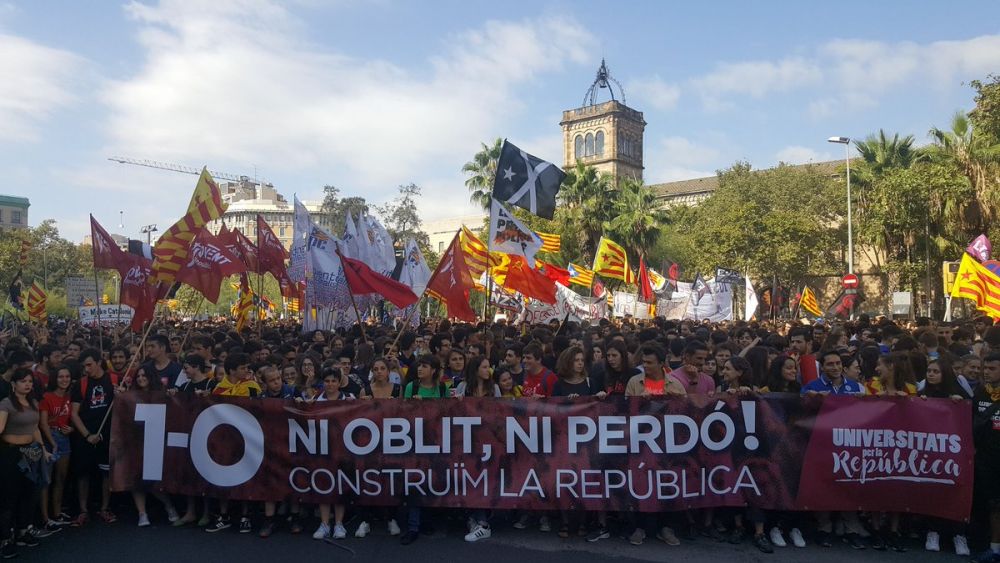 One year ago, the Catalan independence referendum on 1 October became a turning point in the whole political situation in Catalonia and throughout the Spanish state. What we call the “Republican October” was characterised by an abrupt entry of the masses into the political arena. It saw an impressive mobilisation from below that challenged the apparatus of the state and the hesitation of the leaders of the Generalitat, becoming one of the most important challenges faced by the 1978 regime in 40 years.

A year later, the members of the Catalan government that called the referendum are either in jail without bail (awaiting trial for rebellion) or in exile. Dozens of republican activists have been indicted on charges ranging from incitement of hatred to terrorism, and some have also been forced into exile. There is a permanent threat that the Spanish state might intervene and suspend the devolved powers of Catalan institutions. The Catalan government accepts the limits set by the Spanish state.

“Neither forgive, nor forget”

The anniversary of 1 October referendum was marked with road blockades and street actions on the part of the Committees for the Defence of the Referendum which sprung up a year ago. Students went on strike and marched, 50,000 strong, through the streets of Barcelona. In the evening, hundreds of thousands marched in Barcelona and other cities under the slogan “October 1st, neither forgive nor forget”. The mood was militant and defiant, but also very critical of the independence movement leaders in the Catalan government. 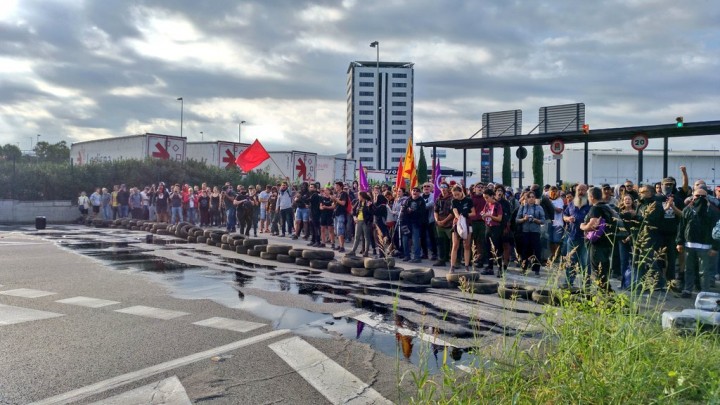 There is growing frustration at the PDECat and ERC talking about “making the Catalan Republic a reality”, but in practice confining themselves to the limits determined by the Spanish state / Image: fair use

There is growing frustration at the fact that the parties backing the current government in Barcelona (the nominally pro-independence PDECat and ERC) talk about “making the Catalan Republic a reality” and “implementing the will of the people expressed in the referendum”, but in practice confine themselves to the limits determined by the Spanish state.

At the rally at the end of the demonstration, the Catalan president Quim Torra was booed. “The people rule, the government obeys” was the slogan heard. Later the Catalan police (Mossos) charged against groups of pro-independence activists who reached the doors of the Catalan Parliament and also outside the main police station in Via Laietana. The brutality of police repression against independence supporters (and its leniency when faced with far-right provocateurs) has led to calls for the resignation of Catalan Interior, Minister Miquel Buch.

A growing number of people in the independence movement are coming to the realisation that it is necessary to draw all the lessons from what happened a year ago. Hundreds-of-thousands of ordinary people, organised from below, through committees, guaranteed the opening of polling stations, defying the might of the Spanish state. They defended them in the face of brutal police intervention. Without these efforts, there would have been no referendum.

The strategy of the leaders of the Catalan government amounted to calling the referendum in the hope of using it as a bargaining tool with the Spanish state, or forcing the intervention of the EU if that failed. The idea of mass civil disobedience never entered their calculations. The one thing that changed everything was the decisive entry of the masses into the scene, on 1 October and then during the 3 October general strike. The movement acquired insurrectionary features. The Spanish state had vowed to prevent the referendum from taking place and used the might of their armed bodies of men to that effect. They failed. The referendum took place. The people had won.

The day after, the petty-bourgeois, nationalist politicians formally at the head of the movement were paralysed. They vacillated and dithered. On 10 October, they declared the Republic, but immediately announced the declaration suspended. They called on the Spanish state to negotiate. The Spanish state issued an ultimatum. The Catalan government vacillated again. Finally, on 27 October, they finally declared the Republic but simply as a symbolic gesture, without any intention nor any plan to defend it. Some went into exile, others waited to be removed from their positions and then arrested.

The Spanish state did not vacillate. It moved to disband the Catalan government and Parliament and called early elections. The pro-independence parties won the election again, but the Spanish justice vetoed the formation of a new Catalan government until a president was chosen that was not indicted for his participation in the referendum. The Catalan Parliament’s pro-independence majority protested, but accepted the limitations imposed by the Spanish state.

Against capitalism, for the Catalan Republic!

The constant vacillations and backtracking on the part of the petty-bourgeois nationalists have led to a mood of frustration but also a growing opposition against them amongst the ranks of the Catalan republican movement. The Committees for the Defence of the Republic and the CUP have gone from taking their own separate initiatives in mobilising the masses, to coming into opposition with the Catalan government during the events marking the first anniversary of the referendum. 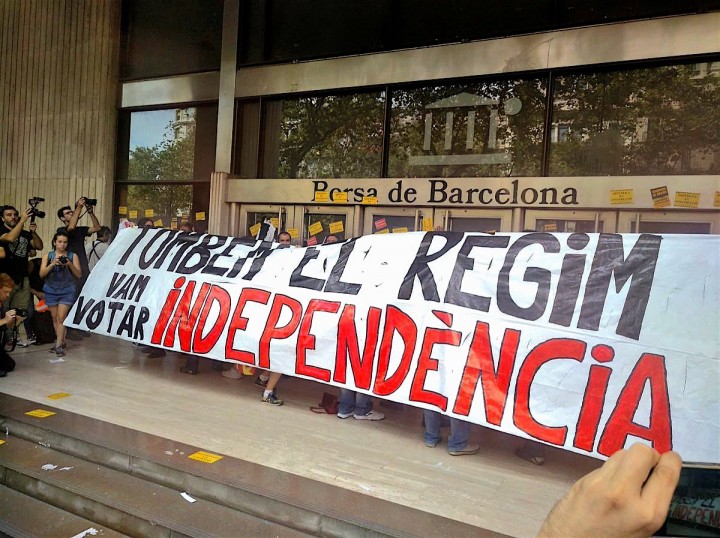 The struggle for a Catalan Republic and against the 1978 regime can only be successful if it uses revolutionary methods and an anti-capitalist character / Image: fair use

The Catalan independence referendum a year ago is full of lessons. In the context of the Spanish state of the 1978 regime, self-determination can only be achieved by revolutionary means. The people used such means, mass mobilisations: rank-and-file organisation, direct action and general strikes. The petty-bourgeois nationalist politicians were not prepared to go down that road and led the movement to a cul-de-sac.

The conclusion is clear: for the movement to go forward it requires a leadership that is firmly based on the methods the people used a year ago to guarantee the referendum took place. Through their own experiences, thousands of activists are coming to that conclusion.

The CDRs and the CUP have an enormous responsibility on their shoulders. On the anniversary of the referendum, the protest actions started to take an anti-capitalist character, with rallies outside banks, direct action against home repossessions and the closing down of the Barcelona stock exchange. This is the way forward. The struggle for a Catalan Republic and against the 1978 regime can only be successful if it uses revolutionary methods and adopts an anti-capitalist profile, one that would draw solidarity and support from the rest of the Spanish state.