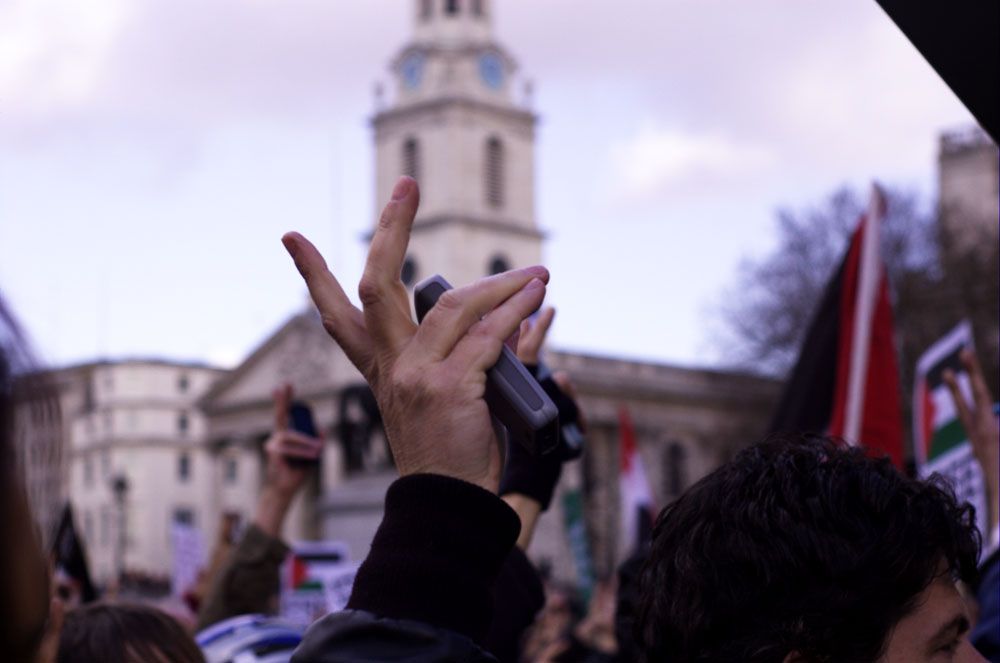 Thousands gathered in London’s Trafalgar Square on Saturday (12th February) to celebrate the departure of the hated, now former president, Hosni Mubarak. The gathering was actually called as a demonstration against the regime and to demand the resignation of Mubarak. However, events have moved at such a rate that the despot had tendered his resignation the day the before. Therefore, the event was now a party in the centre of London to concur with the one in Tahrir Square.

The two thousand people in the square were truly jubilant and very optimistic about the future. This optimism was not only for Egypt. There were people from many of the other Middle Eastern countries who had turned up to celebrate and show their desire for the change that Egypt had shown to be possible. It was a glorious day; the sun was out and everyone had a smile on their face. A great achievement had been recorded, history had been made. It was time to celebrate.

The rally was called by Amnesty International and the TUC. Many of their speakers expressed their elation with the great victory won in Egypt and hoped that a new era of democracy and respect for human rights had opened. There was a genuine sense of euphoria among the crowd; the odd person could be seen weeping, perhaps for the hundreds who gave their lives for this revolution or perhaps out of joy at finally seeing their country free from a hated dictatorship. One thing was very clear, however, the people had scored a monumental victory and there was no going back to the way things were before.

After the scheduled speeches by the Amnesty International officials and TUC delegation to the rally, young men and women from the crowd rushed on to the stage and took the microphone. There followed sentimental speeches from Egyptians and people from other Arab nations. An eleven year old Algerian boy spoke, shrouded in his country’s flag. He pledged that his country would follow the glorious example of Tunisia and Egypt and that the process had already started, alluding to the demonstrations that had taken place in Algiers. Each speech was punctuated with loud chants of “Egypt is free” and “the people have brought down the regime” in Arabic. 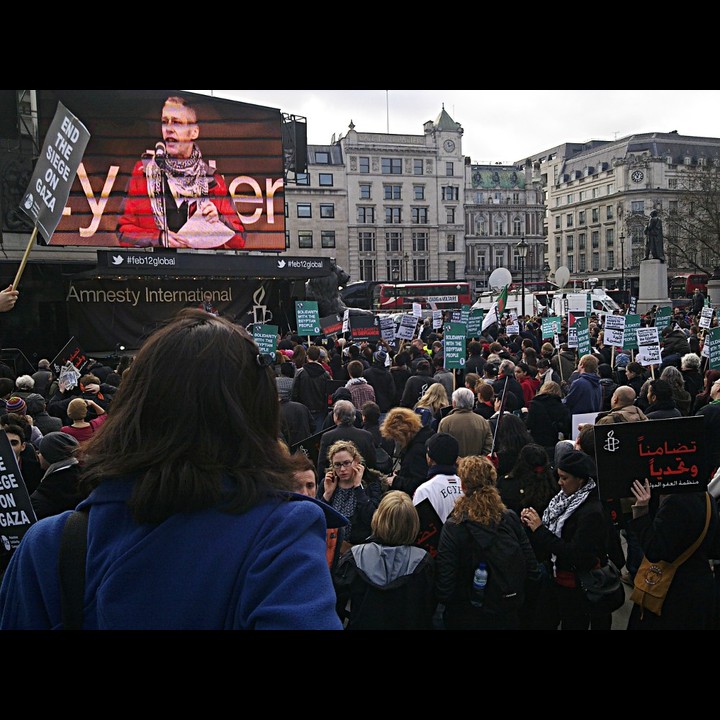 One girl, in particular, drew my attention. She began her speech with; “I don’t want to dampen the mood... but, in Egypt 42% of the population live on less than two dollars a day, 2 million people live in the grave yards, it’s known as the city of the dead”. She went on to describe the terrible conditions that people are still suffering, the very conditions that drove people to revolt. She made the point that the Egyptian people have achieved a great victory; they are on the road to democracy. But democracy is not an end in itself; it is a means to an end. The people have asserted themselves as a political force and now it is time to use that as a means of improving the conditions of their existence.

This process has already started. There are reports that strikes and protests are taking place demanding better pay and condition from the interim military government. We must point out that within the confines of capitalism not all the demands and aspirations of the people can be given. There will come a point when profit will become a major barrier to further progress. After all, private capitalists invest in order to make profit and if this is not forthcoming, because of higher wages and so on, they will not invest and will sabotage the economy. This was seen in its most vivid form in Venezuela when the bosses’ sabotaged industry after Chavez announced the nationalisation of the oil companies and widespread reforms. 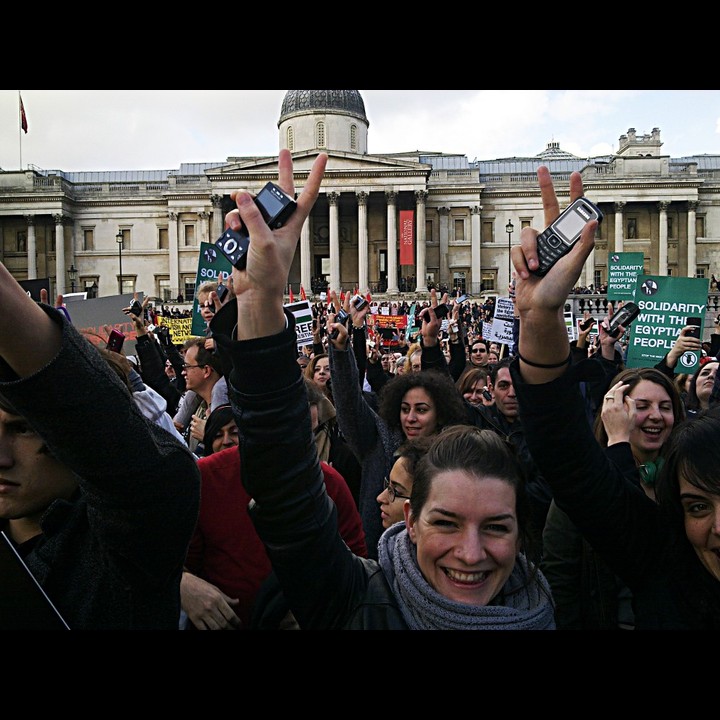 As the masses demand and win more and more from the capitalists in the form of better pay and conditions, the capitalists will become more and more resistant. There will come a situation when the capitalists will say ‘that is far enough, thank you’ but the people will reply ‘not quite far enough’. At that point the forces of reaction will organise in an attempt to reverse all that has been conquered. But, the people of Egypt have brought down one of the most brutal dictatorial regimes and they are aware of their own power. The people of Egypt, with experience, will come to the conclusion that in order to achieve all their aspirations they must break with capitalism. They will mobilise their forces for the expropriation of the capitalist class and move towards a planned economy for the benefit of the majority rather than the luxury of the minority.

But first thing is first. There must be a rapid move towards the establishment of a constituent assembly for the immediate task of drafting a new constitution. The army have announced that there will be new elections in 6 months time and in the meanwhile it will keep charge. Well, the masses will have to make sure they keep to their word. This is a very important period for the Egyptian working class. It must utilise this period to set up free trade unions and a trade union council. The workers also need to organise into a political force as well in preparation for the upcoming elections to represent the workers as a whole. The people have ousted the dictator, now they must forge the tools with which they will achieve their emancipation.

The Marxists of Britain would like to congratulate the people of Egypt, for they have achieved a great victory. This victory is not only their victory, but it is the triumph of all the oppressed peoples of the world. The rising of the Egyptian people will be an inspiration to the masses everywhere and it will strike fear into the hearts of all those who think they can exploit us indefinitely. Long live the Egyptian revolution.