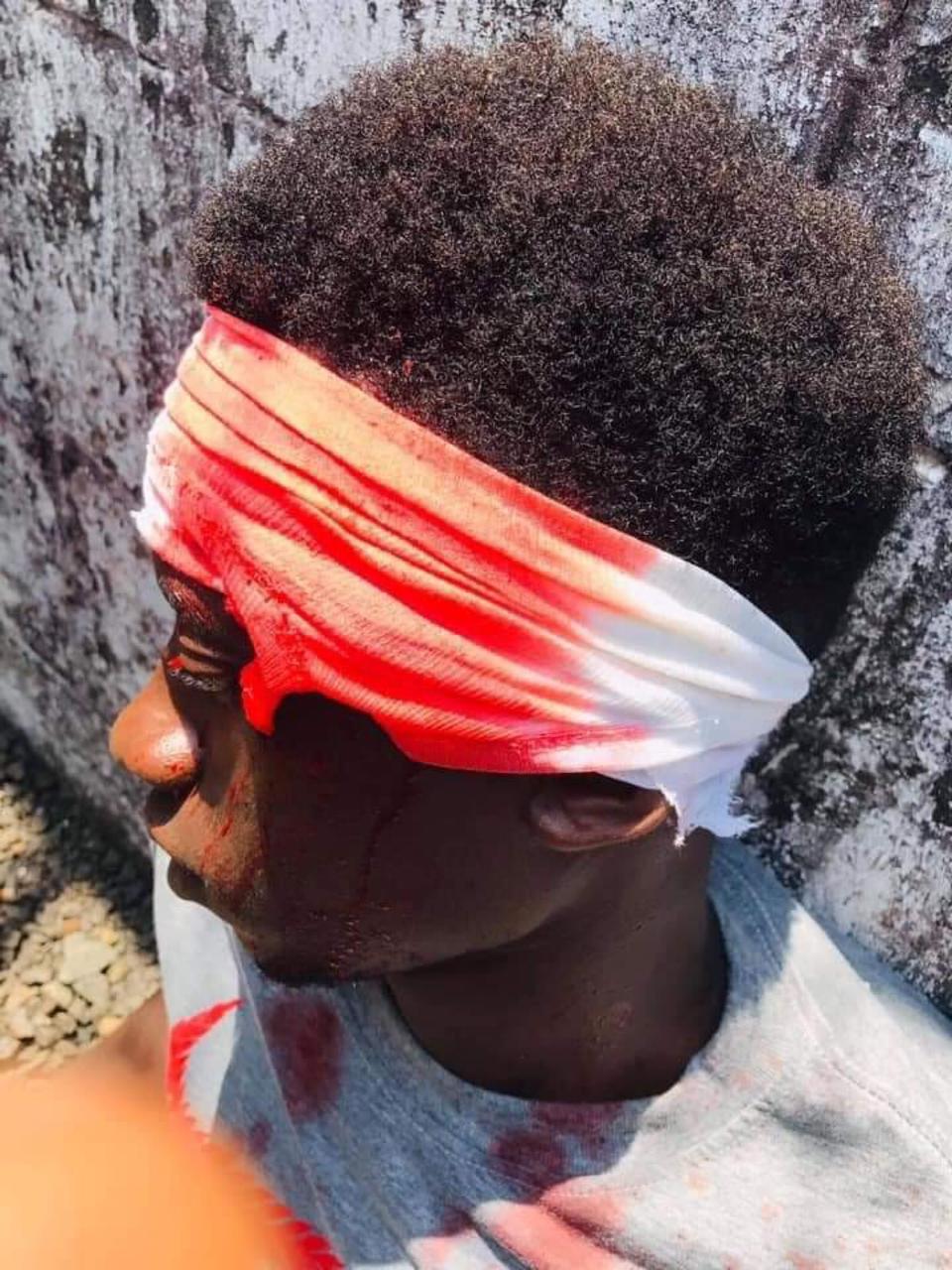 On 2 August, the Liberia National Police (LNP) stormed the Capitol Hill campus of the University of Liberia (UL). They allegedly fired live ammunition and teargas to disperse hundreds of protesting students, leaving many severely injured. Many more were arrested.

Students at UL, organised under the Vanguard Student Unification Party (SUP), had been protesting against the imposition of fully online teaching by the university authorities.

This is presented as an anti-COVID measure. However, it results in a serious disadvantage to the many poverty-stricken and unemployed students at UL.

Most come from poor communities in rural Liberia, urban slums and ghettos. Many cannot spare a dollar a day; and have zero access to electricity, smartphones or the internet.

In effect, this measure will cut impoverished students off from their education altogether.

While many students cannot access online learning, the university has proved incapable of providing a functional e-learning facility even for those who can.

From the beginning of the current semester in July up to now, the system has been under maintenance and perpetually inaccessible.

SUP has released a press statement, arguing that the university has not met a single provision of the guidelines set up by the National Commission on Higher Education of Liberia (Liberia’s regulatory body for higher education and online learning).

The party argued that the imposition of 100 percent e-learning is a violation of national policy, and in any case, the university is not sufficiently well equipped to run an online education platform.

Even before this latest scandal, learning conditions at the university were deplorable. Electricity, water, sanitation, laboratories and computer labs are virtually non-existent.

The University of Liberia was established in the 1860s by an act of legislation that also contained the provision that the state provide 80 percent of the institution’s funding. 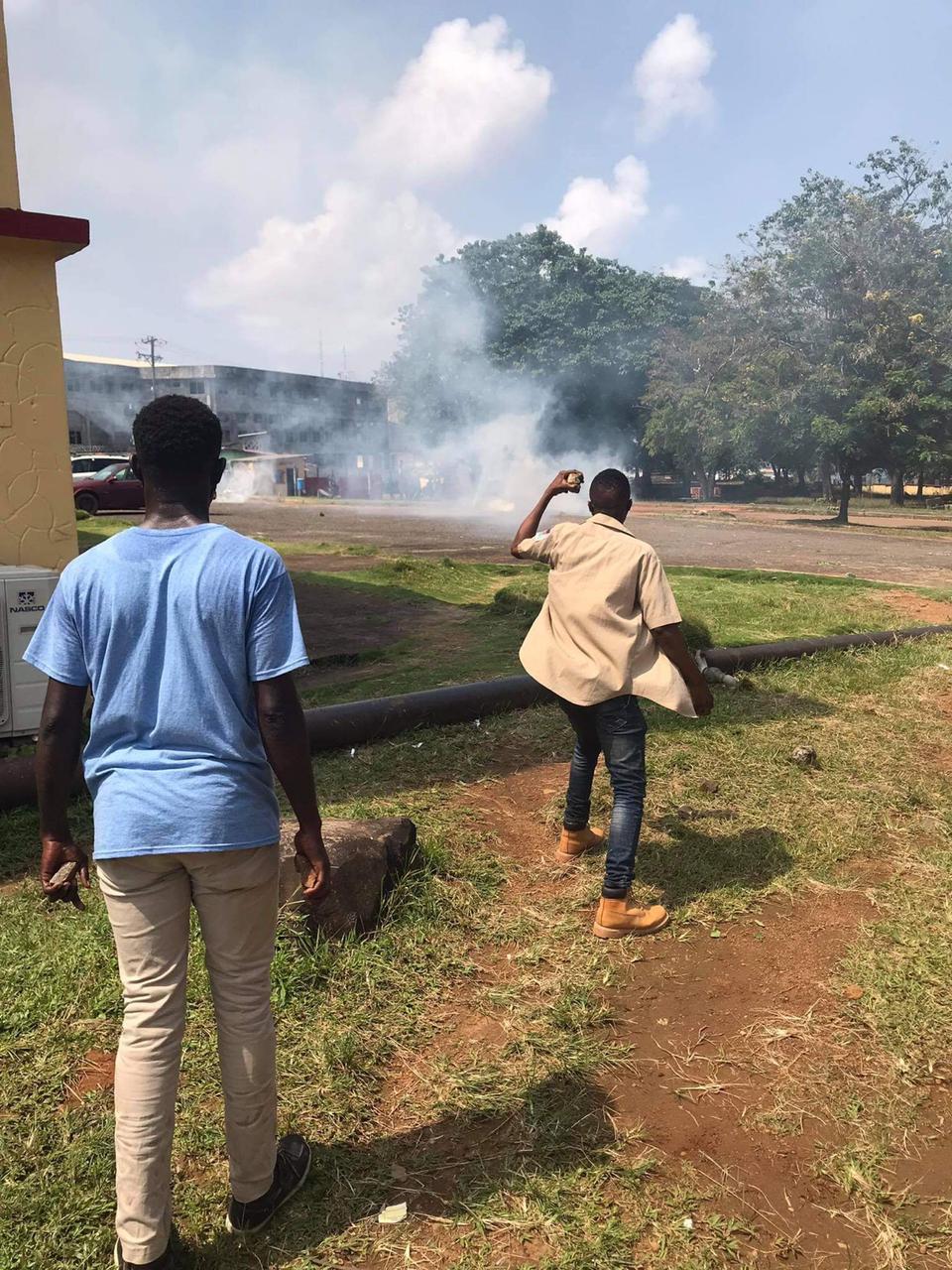 However, after the civil war in the 1990-2000s, the university’s infrastructure was destroyed, and since then state funding has been savagely cut year on year.

In 2019, UL and all other state owned tertiary and vocational institutions were declared ‘tuition free’ by President George M Weah, meaning that students would not have to pay for courses, only a small registration fee.

We support free education for all, but in the absence of any additional state funding, the quality of teaching at UL has been allowed to go to the wall. This has now come to a head in the disastrous attempted transition to e-learning.

On top of that, the underfunding of UL reflects the principles of segregation and marginalisation upon which Liberia was founded.

The university was originally built for the ex-slave settlers from the Americas and their children, who became the elite of Liberian society. This meant the indigenous population were excluded, and prevented from approaching UL’s premises.

Following the Liberian Revolution in the 1970s, the university was finally opened to native children. However, another university was built for the children of the elites, who couldn’t tolerate the idea of their offspring attending school alongside natives.

Cuttington University was built in Suakoko, Bong County exclusively for the elites. From that point in time, UL was de-prioritised for state support.

For the right to education!

Under pressure from these protests, the university authorities capitulated, and stated that face-to-face classes would return, with the option for online learning.

This shows the power of militant struggle by students, whose efforts should be applauded.

However, the battle is not over. COVID-19 remains a threat, particularly due to Liberia’s very low vaccination rate. Only a privileged minority have the option of protecting themselves with remote, online learning.

If e-learning becomes necessary to control the spread of the virus, then steps must be taken to ensure poor students are not put at risk, and do not lose out in their studies.

For example, universities and schools must be given adequate funding to provide a robust e-learning platform, and infrastructure must be developed in poor and rural areas to guarantee internet access.

Meanwhile, the education sector in general remains in a parlous state. We demand that all cuts be reversed at once, and proper funding provided to ensure high-quality, free education to all Liberians.

Moreover, the brutal clampdown by state forces against students demanding their fundamental rights is an indictment of the rotten establishment, which has failed the people time and again.

We utterly condemn state violence on campuses. We offer our solidarity to students struggling for their basic rights. Down with the wretched capitalist system! Down with state oppression! For justice and a decent existence for all!