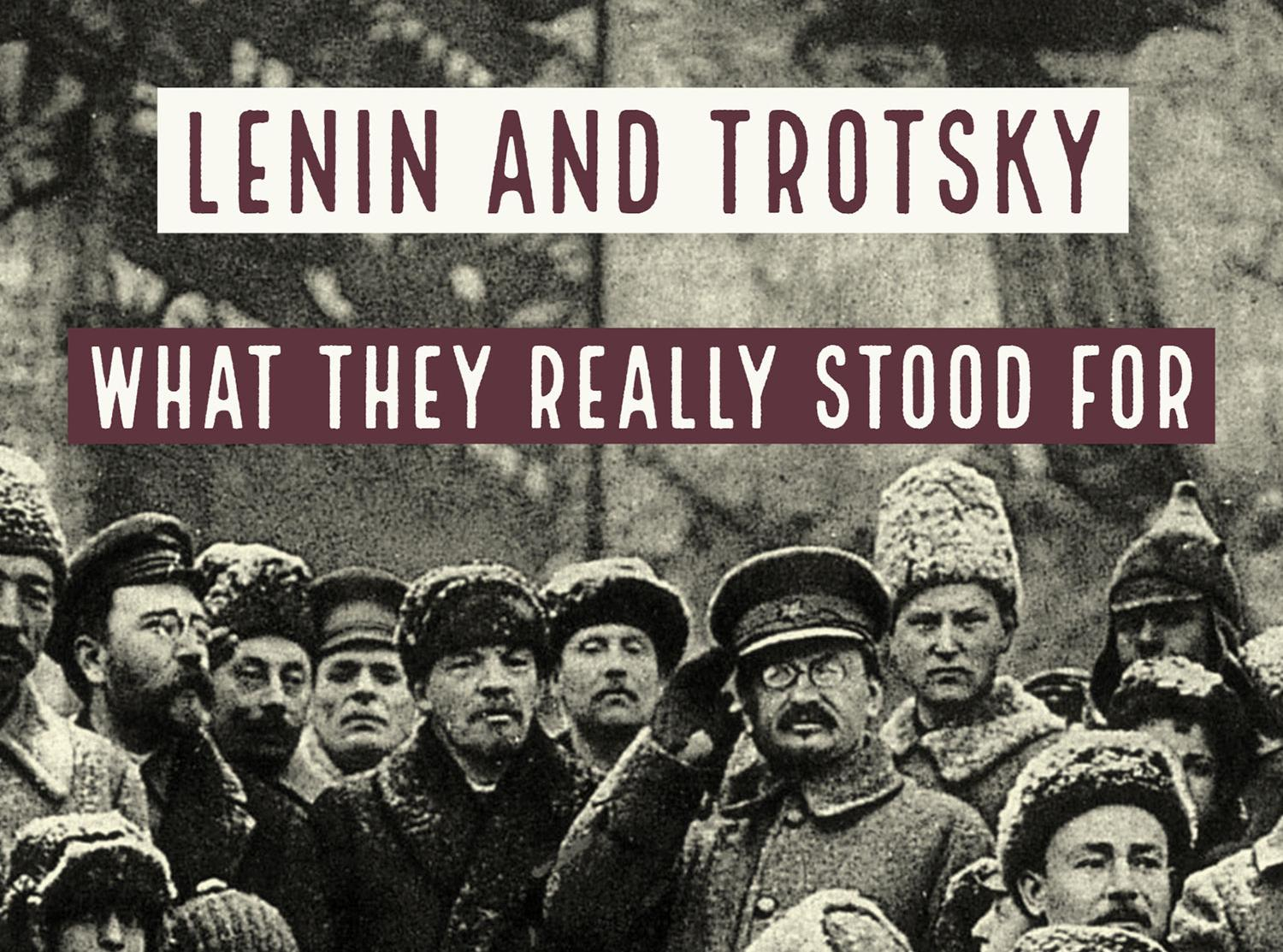 Lenin and Trotsky – What they really stood for by Ted Grant and Alan Woods, written three decades ago, is an extremely up-to-date book which answers a lot of questions. It goes right to the heart of the most important ideological and political battles of our times – the struggle to defend the real traditions of the October Revolution after the death of Lenin.

What was the content of the struggle between Trotsky and Stalin? On the one hand, Leon Trotsky stood at the head of a small group of courageous people who defended genuine revolutionary Marxism-Leninism. Wielding the sharply-edged weapon of the truth, they struggled to prevent the bureaucratic counter-revolution in the Soviet Union, and to eradicate the cancer of Stalinism.

In this unequal fight they were confronted not only by hired assassins but also by an immense army of intellectual criminals who worked as the auxiliaries of the former. There were thousands of such literary mercenaries, falsifiers of history and professional slanderers in every country, who were generously rewarded by Kremlin with the wealth extracted from the long-suffering Russian people. Their work was simple – to repeat like a scratched gramophone record the latest instructions from Moscow.

These criminal elements are personally responsible for the betrayal of the October Revolution and the destruction of the regime of soviet workers’ democracy established by the Bolsheviks. Today they can stand back and admire the final results of their handiwork: the complete destruction of the nationalised planned economy of the USSR. By their activities, they have thrown back the victory of the most urgent necessity and the most cherished hope of the human race – the victory of world socialism. The debt of gratitude of capitalism to these enemies and gravediggers of socialism is truly boundless!

A large number of the Stalinist falsifiers and slanderers of yesteryear have now joined in the chorus of those who proclaim the obsolescence and death of Marxism. This is rather like trying to rubbish the paintings of Rubens and Rembrandt by taking as one’s point of reference some horrible caricature of their works. Neither Marx nor Engels, neither Lenin nor Trotsky can be made responsible for the twisting and falsification of the theories of revolutionary Marxism in order to justify the oppression and subjugation of the working class by a privileged bureaucratic caste, which ended up by annihilating the first triumphant socialist revolution on the planet.

It is precisely the task of the present book to shed light on these dark corners of history and unmask the distortions and falsifications of the architects of the Big Lie, and thereby to show that the ideas of Marxism as they were interpreted and applied by Lenin and Trotsky are still completely valid, and indeed more relevant today than ever before.

Leon Trotsky’s minute and precise analysis of Stalin’s regime of bureaucratic Bonapartism – based on the theory and method of Marxism – in his masterpiece, The Revolution Betrayed, written more than 60 years ago, is irrefutable. His prediction that the parasitic Stalinist bureaucracy would move towards the restoration of capitalism has been confirmed down to the last detail. The only way in which this outcome could have been avoided was through a political revolution in the USSR which would have returned power to the working class.

To create confusion in the ranks of the exploited people, undermining and discrediting its ideological weapons, and imprisoning and murdering its leaders, has always been the most common methods whereby the exploiters maintain themselves in power. By contrast, as Trotsky pointed out, “the truth, and not lies, is the locomotive of history.”