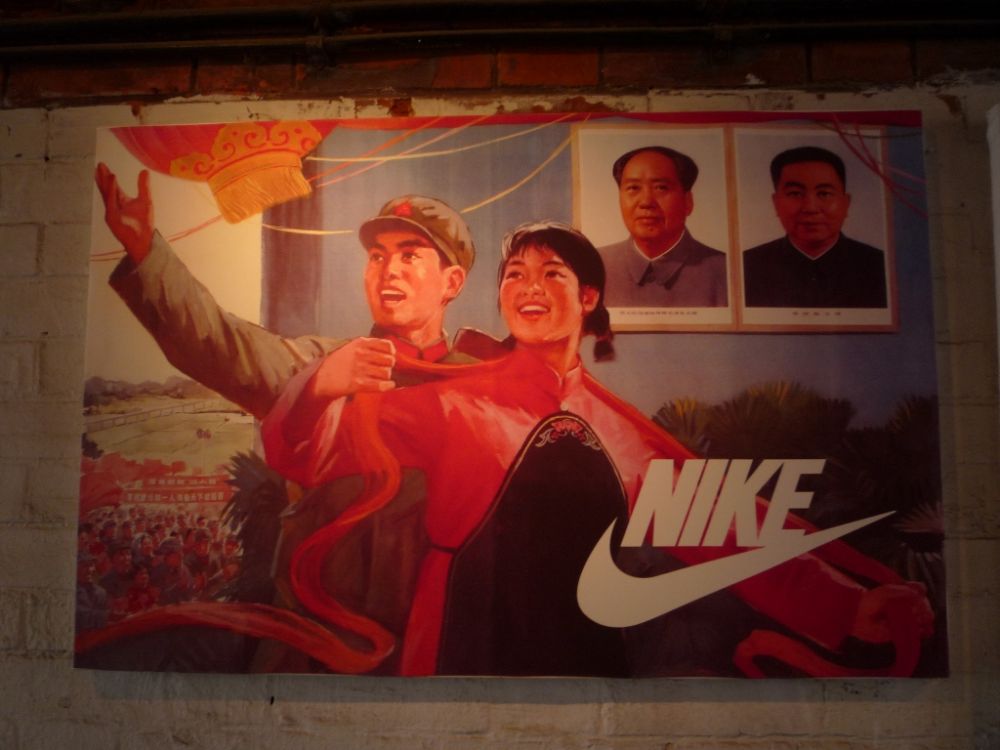 After overtaking Japan, this year China became the second largest economy in the world. Some experts have even predicted that by the end of this decade China may become the largest economy bypassing the United States. However, that is based on a mechanical, empirical approach that sees China maintaining its present levels of growth uninterruptedly for years to come. In the past Japan was also supposed to keep on growing, but then its apparent meteoric rise was cut across by a long period of stagnation.

Even if in absolute terms China’s economy should surpass that of the USA’s, living standards of the Chinese people will remain far below those of America and Japan. In spite of this, the rapid expansion of its economy has made China a point of reference and topic in political and economic discussions throughout the world.

The capitalists in the advanced world are, on the one hand overjoyed at the capitalist restoration in China while at the same time they are dismayed by the Chinese bureaucracy turned ruling class not allowing them to go the whole hog in plundering China. Their conflicts today are not of an ideological nature but of competitiveness in markets, capital investments and trade antagonisms. And yet it was the Chinese elite that provided cheap and skilled labour for profitable manufacturing ventures to the multinational corporations that gave world capitalism respite more than once in the last 15 years and avoided deep recessions before 2008. The policy conflict if any is over Keynesian or monetarist methods.

In the so-called developing countries there has been a lot of talk about the Chinese model. Political and trade union leaders have been praising the Chinese “miracle” as the only way out of this crisis. The ex-lefts, who themselves abandoned revolutionary politics long ago, have used China as an alibi for their betrayal and their new apologetic role as the latest sages of capitalism. Yet in the last decade all those neo-colonial countries that have tried to follow the Chinese example have ended up in socio-economic disasters.

In a number of ways the capitalist degeneration of China has served imperialism and the local ruling elites to denigrate socialism and communism by sowing confusion in the minds of the workers and youth. The reality is that in some ways the Chinese bureaucracy’s capitalist binge has played a bigger counter-revolutionary role than their Russian counterparts, especially in the ex-colonial world. The process propelled the left parties to capitulate to capitalism.

The Chinese Revolution of 1949 was not a classical socialist revolution along the lines of the victorious 1917 Bolshevik revolution or even the 1925-27 Chinese Revolution that was defeated in blood due to the class collaborationist “two stages” policy. The regime that came to power under Mao through a peasant war was forced to take over the commanding heights of the economy and overthrow capitalism and landlordism, in spite of Mao’s perspectives of the need for a long period of capitalist development before they could move on to the “second stage”. The imperialists were exhausted and debilitated by the war and the revolutionary stirrings within their own armies and societies.

However, the planned economy installed was not on the lines of Moscow 1917 but of 1945, i.e. it was devoid of workers’ democracy and control. The abolition of market economics in China allowed for huge strides forward. But these were possible in spite of the bureaucracy, not because of it. In fact there were a number of blunders made by the bureaucratic elite that led to famine and other catastrophes due to its totalitarian nature. Ultimately, economic growth and social development began to stagnate in the 1960’s and 70’s. And after the death of Mao his faction was removed from power and the more conservative wing of the bureaucracy under Deng Xiao Peng came to power.

They embarked upon Bukharin’s doctrine of a controlled opening to capitalism that he advocated during the debate on the New Economic Policy in Russia in the 1920s. At the time his interpretation was rejected by Trotsky. In China as soon as corporate capitalism began to penetrate the country, it brought with it growing contradictions, rising inflation and so on, that led to the Tiananmen Square protest that was brutally crushed. The bureaucracy felt threatened and initially it tightened state control and increased repression. However, once having re-established “order”, the process of capitalist restoration gathered speed once more. In the 1990’s and the first few years of the 2000s the bureaucracy went much further than it had originally planned. The Chinese economy expanded vastly with rapid growth rates, but this capitalist growth spurned the economic controls. From 1999 to 2009 the state’s share of output fell significantly.

Now those very growth rates are haunting the Chinese elite. The whole pattern of growth under capitalism has been one of an uneven and combined character. Not only has China the largest gap between the rich and poor, but the rural and urban and regional disparities have also been immensely exacerbated. GDP per person in Shanghai is around $18000 while that of Yunnan is less than $1000. There are 160 million urban unemployed while 20 million returned to their villages after the recession of 2008. In 2010 only 17% of migrant workers in cities were enrolled in any pension scheme at all, according to the state figures.

The Communist Party is in reality, neither “Communist” nor a “party”, it is the elite that rules and plunders the Chinese masses. The offspring of the leaders are the new rich bosses of China. Hu Haifeng, the son of President Hu Jintao, and Wen Yunsong, the son of China’s premier Wen Jiabao, are amongst the biggest financiers and business tycoons of the country. Since the Politburo reshuffles in 2007 these rich princelings have 7 of the 25 seats.

The burgeoning social crisis due to this disparity, and the Arab Revolutions, has spooked the leadership. They have massively increased spending on domestic security which in this year’s budget has overtaken that of defence for the first time. Wen Jiabao sounded the alarm on the economy in 2007: “unstable, unbalanced, uncoordinated and unsustainable.” The Economist pointed out in its Special Report on China, “The country is too divided between rich and poor to be experiencing a shengshi (age of prosperity)... The leadership has recently begun to talk about a new target: boosting public ‘happiness’ rather than just GDP. In a decade fraught with economic and political perils in China, that will be the hardest goal to achieve.”

Paradoxically this very expansion and growth of the economy, rapid and uneven, has made China the country with the largest proletariat in the world. Napoleon once said that, “When China awakes the world will tremble.” The bureaucratic stranglehold is faltering with the aggravating socioeconomic contradictions. There are wave after wave of strikes unreported by the capitalist media. But once the mighty Chinese proletariat enters as a class into the arena of history the revolutionary blizzard will be unstoppable.