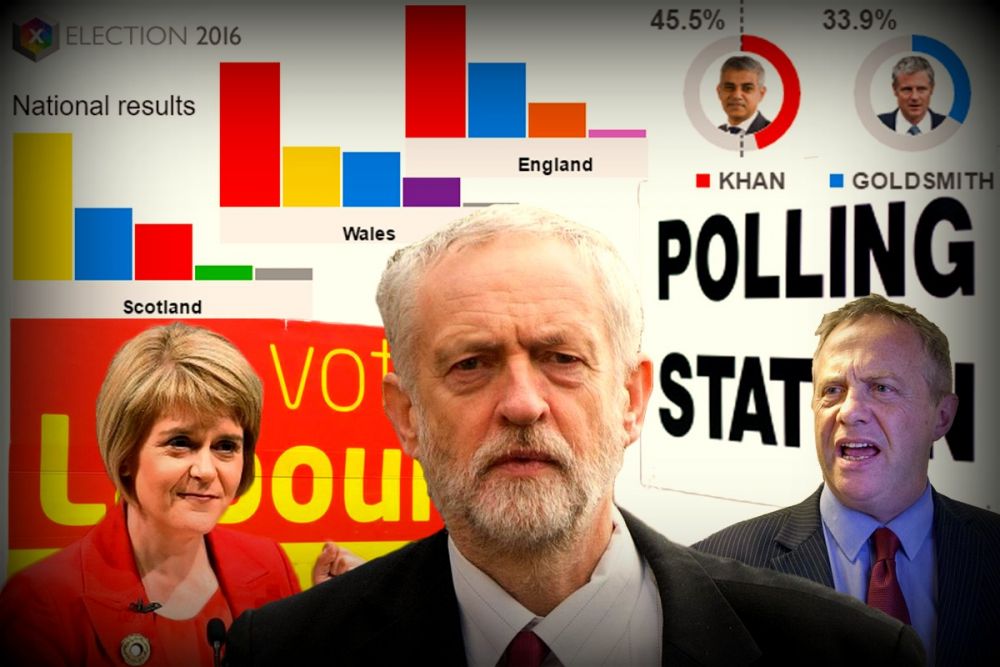 The election results across England and Wales were a shock – a shock for Labour’s right wing, who had been prophesying of electoral Armageddon for the Labour Party under Corbyn.

This doomsday scenario had been fully supported by the Establishment and the Tory media, including the BBC, which continually carried stories about the “crisis” in the Labour Party and how Corbyn was leading the party to destruction. They have waged a coordinated campaign against Corbyn ever since his landslide victory in the Labour leadership election.

Heads we win; tails you lose

The BBC and Tory press no longer tell the “news”, but instead try to tell people what to think and influence how events should be! They have been constantly saying that the Labour Party under Corbyn was going to lose 150 seats, or even more. Their defeatism was deafening. When this failed to materialise, they changed their tune and blamed Corbyn for not doing much better. Lord Hain, the former cabinet minister, said that Labour should be “gaining seats at this stage in the cycle, not losing them”. There was no satisfying these people.

The right wing could not hold back their venom. “We’ve lost in England, we’ve lost in Scotland and we’ve lost in Wales. It’s hard to paint a positive picture of this,” said Neil Coyle, MP for Bermondsey. Clearly, however, he and the rest of Corbyn’s opponents in the Parliamentary Labour Party (PLP) do not want to paint a positive picture. They want to manufacture an artificial crisis and create a sense of failure surrounding Corbyn and his leadership. 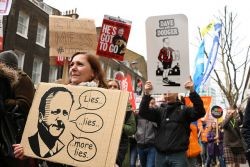 The hypocrisy and double standards of the Blairites is both sickening and completely transparent. Where Labour has performed badly, such as in Scotland, the blame is laid entirely at the feet of Corbyn. No recognition is made of the enormous mess left by the Labour leader’s predecessors north of the border, who managed to lose this former Labour heartland as a result of years of complacency and neglect, and through their actions during the Independence Referendum, where they tied themselves to the Tories.

In contrast, however, where Labour has recorded successes, such as in the London Mayoral elections, this is said to be in spite of Corbyn, not because of him. Sadiq Khan is praised by his supporters in the PLP for tactically “distancing himself” from the Labour leader (read: attacking Corbyn), when, in truth, Khan is viewed with scepticism by Labour voters in London, who rightly see him as just another right-wing careerist.

Before, during and after the elections, right-wing MPs have stabbed Corbyn in the back. The latest stick to beat Corbyn with has been the so-called “anti-semitism” in the party. When Corbyn then called their bluff and set up an enquiry into these baseless allegations, they moved the goalposts and criticised him for not acting quicker. Whatever he does, he will never be able to satisfy these Blairites. If he gives an inch, they will take a mile. They want his head on a stick - nothing more, nothing less.

The Blairite careerists have systematically worked for a Labour defeat in order to discredit Corbyn and provoke a leadership challenge. Unfortunately for them, events did not follow their script and the result was not anywhere near as bad as they were hoping for. This has pushed a challenge into the background...for the time being.

In reality, Corbyn is an enormous asset to the Labour Party, not a liability, as they claim. A Labour Party controlled by the Blairites at every level, carrying out austerity locally, would have resulted in an electoral bloodbath this May. Corbyn has, if anything, saved the Labour Party from the future of decline that it would surely have suffered under the completely uninspiring Tory-lite leadership of his right-wing rival candidates, such as Andy Burnham, Yvette Cooper, or - God forbid - Liz Kendall.

In fact, Labour under Corbyn retained control of councils in areas across England - such as Crawley, Southampton, Slough, Norwich, Lincoln, Hastings, Harlow, Nuneaton, Cambridge, Exeter, and Plymouth - and also held onto two seats in parliamentary by-elections in Sheffield Brightside and Ogmore. In Peterborough, Labour actually won more councillors than before, going from 11 to 14. In the Sheffield Hillsborough by-election, Labour held the seat with a near 10,000 vote majority and 62 per cent of the vote.

In Labour’s heartlands of northern England, the party reported successes in Newcastle and South Tyneside. “The results here have been really good; we’ve made gains at the expense of the Liberal Democrats,” said Nick Forbes, Newcastle city council leader.

In Newcastle, where the Conservatives have not had a councillor for more than 20 years, their target of winning a single seat was not achieved. Former north-east Tory MEP, Martin Callanan, now Lord Callanan, said it was “extremely disappointing”.

While Labour’s vote was down about 6% from the highpoint of 2012, it was well up on the 2015 general election. “We have done actually far better than any of the media were predicting we were going to do”, Corbyn stated correctly.

As we write, Labour is forecast to win in the London Mayoral contest, where Khan is projected to soundly defeat Goldsmith. Despite Khan’s attempts to distance himself from Corbyn throughout the campaign, insisting he would be the most “pro-business” mayor the capital had seen, he was primarily seen as the Labour candidate, and he only won because he was the Labour candidate. For most Londoners, the contest was Labour vs Tories and Corbyn vs Cameron - not Khan vs Goldsmith. In fact, to many, Khan’s weasel-like actions put many people off.

The fallout of an expected Tory defeat in London is already beginning, with recriminations about David Cameron’s participation and his desperate attempts to link Khan with Islamic extremism. Andrew Boff, leader of the Tory group on the London assembly, said:

“It was effectively saying that people of conservative religious views are not to be trusted and you shouldn’t share a platform with them. That’s outrageous.” Labour was pushed into third place in Scotland, continuing its decline since the general election. It was squeezed between the left-leaning SNP, on the one hand, and the resurgent Tories on the other, who gathered together the Unionist vote and mopped up the more conservative elements remaining within the Labour Party.

As is the case across the world in this period of turbulence and instability, the political landscape in Scotland has been fractured and the “centre ground” has been shattered. Instead, we see a polarisation to the Left and the Right, with Labour’s vote collapsing in the middle, offering neither the unanimous opposition to Trident and war of the SNP, nor the strong and consistent advocacy of the Union of the Tories.

The Scottish Labour Party is led by the right wing Kezia Dugdale. The party, under her leadership, failed to win a single seat in proletarian Glasgow - the first time for 100 years. They have paid the price for decades of betrayal and jumping into bed with the Tories in the Referendum campaign. This is no temporary political shift as some believed; for now, the working class has swung politically behind the SNP.

If this kind of meltdown had occurred in England and Wales, the media and Blairites would have been demanding Corbyn’s immediate resignation. However, they only shrug their shoulders at Dugdale’s performance, since she is one of their own, coming from the right of the party.

In Wales, Labour lost Rhondda to Plaid, but held 29 seats. Labour, although in a minority, has hung on by its fingertips. The Welsh Labour leadership tried to distance itself from Corbyn - but it is their failings in Wales that lost them votes. The increased vote for UKIP is the product of working class disillusionment with Labour, having experienced falling living standards, factory closures and the prospect of the death of the steel industry in Wales.

It is clear that the right wing is out to sabotage the Labour Party. It is not that Corbyn is unelectable; it is that they don’t want him to win. While this Tory Trojan horse exists within the Labour Party, the party will always face such sabotage. If these MPs cannot support the elected leadership, they should face democratic reselection. It is time to put an end to their attacks.

Labour under Corbyn can certainly win the next general election. This, above all else, is what the ruling class and their marionettes in the media, the Tories, and the PLP are terrified of. The Labour Party needs to sweep aside the saboteurs and concentrate on the real enemy. Only then can the party fight on a bold socialist programme and answer the real needs of working people.