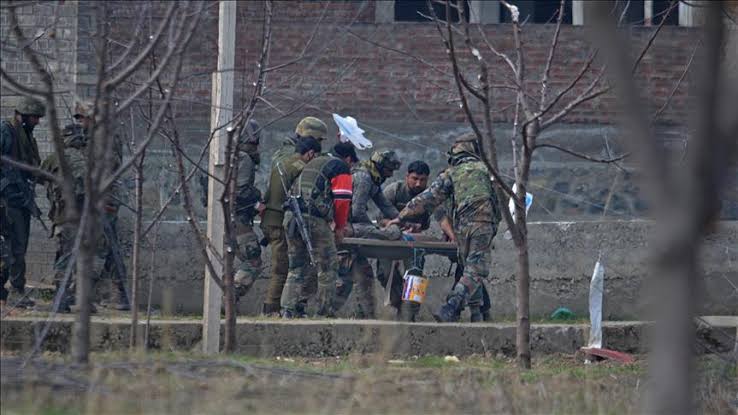 Millions of ordinary people in Indian-occupied Kashmir are facing an unprecedented situation amidst the coronavirus lockdown imposed on the whole of India for 21 days. Kashmir was already under a strict curfew and has faced brutal repression since 5 August 2019, when a draconian law was passed by the Modi government changing the status of Jammu and Kashmir as a separate state, dissolving its state assembly by presidential order and relegating it to a union territory directly controlled by the central government.

Additionally, it was also divided in two parts without any pretence of democratically asking the people. Before announcing these draconian measures, hundreds of political leaders in Kashmir were arrested by the Indian state, along with hundreds of youth, and sent to prisons in different parts of India. Also, extra security forces were sent to Kashmir in large numbers, taking the overall presence of military and paramilitary forces to more than 600,000 men in Jammu and Kashmir, who imposed a strict curfew and carried out unprecedented brutality in this beautiful valley, often called paradise on earth.

During all these months under curfew, all life was brought to a standstill and people suffered from a collapse in business activity, the closure of educational institutions and hospitals, and all other government departments. A large number of people were thrown into poverty and unemployment, while many more had to face arrest, torture, humiliation and suffering at the hands of security forces.

In this situation, the pandemic has dealt further punishment to the lives of ordinary Kashmiris who have to now fight this pandemic along with their ongoing fight against the imperialist Indian state. The Indian government has imposed a complete lockdown in the entire country for 21 days, starting from 24 March. But Kashmir is in a double lockdown and the lives of ordinary people have become even more miserable in the absence of proper internet, and given regular interruptions in mobile phone services. News of the pandemic also has not reached many people living in far-off areas and they have difficulty understanding how this lockdown is different from the curfew in previous days. Also, there is no trust in the Indian state and every measure by the state is seen correctly as a malicious tactic to enslave the people. 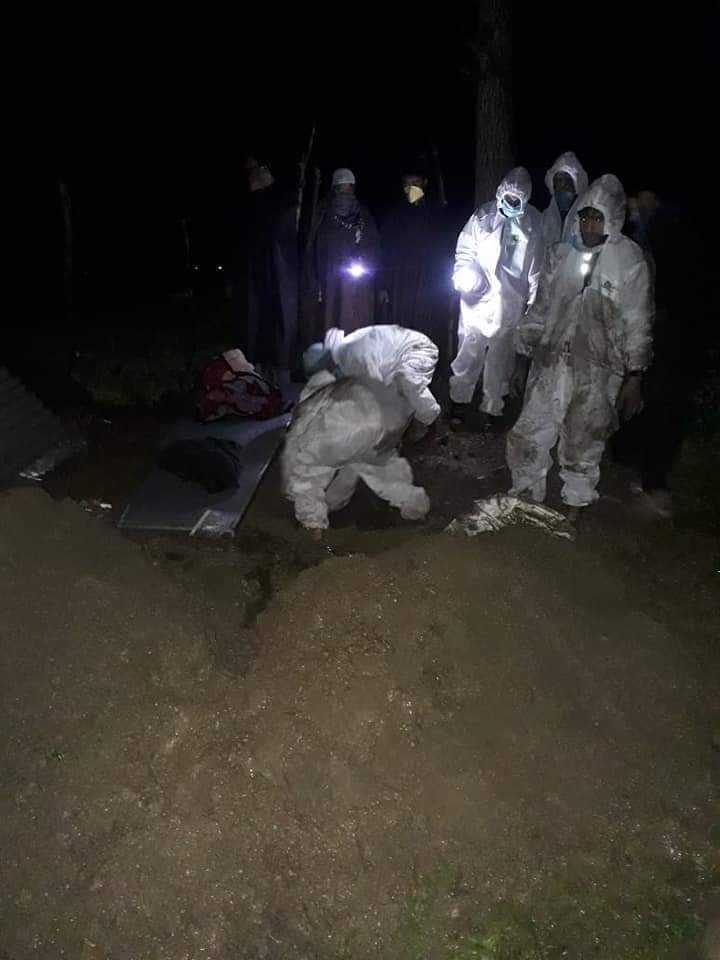 The coronavirus pandemic has unleashed further misery on the people of Kashmir / Image: fair use

The previous few days have seen the daily emergence of more than 10 COVID-19 positive cases in Jammu and Kashmir, taking the total number to 125, and 3 deaths. Many hospitals lack ventilators, and medical staff are working without protective equipment, resulting in a very severe situation. The Jammu and Kashmir government, as everywhere else in India, has taken to red zoning areas wherever positive cases are emerging. A red zone is defined as an area of three kilometers around the house of a positive case. A curfew is put in this zone, with the deployment of army and paramilitary forces, and the aggressive tracing of contacts.

Most of the people who came back to Kashmir from other places and were quarantined in government facilities have been released after the completion of a mandatory 14 days in quarantine. As such, all the imported cases have been traced and the new cases that are emerging are locally transmitted. Most of these cases belong to Tablighi Jamat (a religious Muslim missionary organisation present in whole of India in big numbers) and their family members. All the members of Tablighi Jamat have been now traced and put under surveillance. With Tablighi Jamat constituting 33 percent of the total cases in the whole of India, there has been a stigmatisation of Tablighis. The Modi government and media have used the opportunity to lead a campaign to vilify Muslims as a whole, and further their agenda of hatred and sectarian politics between Hindus and Muslims across the country.

This action came amidst the pandemic. The government had been waiting to notify people of these rules but it would have led to anger and agitation in Jammu, as well as in Kashmir, necessitating the imposition of a curfew. Taking the opportunity presented by the lockdown, the Modi government gave notice without attracting much anger. Though people tried to protest against this new law through social media, a lack of proper internet facility along with mass surveillance limited its reach. The police have already begun a witch hunt against those who post material on social media protesting this law.

People fear that this is the start of settler colonialism, to change the demography of Kashmir, and Hindu fundamentalists will be brought to impose reaction and spread hatred in the valley. This is a similar measure pursued by the Israeli state in Palestine, which is now being replicated in Kashmir. Many leaders had already warned against these measures of the government, and since 5 August it was clear that the Modi government is moving in this direction. Now they have got an opportunity due to the coronavirus pandemic and are using it to impose their stranglehold there.

Though not much can be done about it at the moment, this will sow more hatred and loathing towards the Indian state and will strengthen the resolve of all Kashmiris to fight against imperialist oppression and tyranny. The pandemic, economic breakdown and restrictions in Kashmir are testing the resolve of people like never before. But the coming period is pregnant with revolutionary implications in which the hatred against the Modi government will erupt like burning lava from an exploding volcano. Already, a mass movement had begun across the whole of India against the draconian citizenship laws of the Modi government in the last few months, though it was paused due to pandemic. The economic crisis, and ill-prepared, hastily imposed lockdown are now brewing this movement to a much higher level, which will erupt much more ferociously and fearlessly in the coming period. This period will give birth not only to revolutionary movements that could overthrow the Modi government, but will challenge the brutal capitalist system in India, which is the real basis for the imperialist oppression in Kashmir and the whole region. The coming period will open up new avenues for the struggle for Kashmir’s freedom, in solidarity with the working masses of India, Pakistan and the whole of South Asia. The present period of slavery, hunger, poverty and death will prove to be the last part of a dark night, giving way to a beautiful dawn of freedom and prosperity.