On 31 October, a mere 31.64 percent of Japanese voters turned out to vote in the election that would form a new government. Although the governing Liberal Democratic Party (LDP) is suffering from enormous unpopularity, the liberal opposition parties managed to lose rather than gain significantly from the situation. This result once again shows the Japanese masses see all parties as of the same, miserable status quo, one that is unravelling along with the crisis of capitalism.

The present election came at the heel of former Prime Minister Yoshihide Suga’s resignation, due to his free falling level of support. The LDP then held an internal leadership race that put Fumio Kishida into the top job. Kishida is an ambitious leader of the Kochikai faction, who is not only unpopular with the general electorate, but also to many in the ranks of the LDP itself. Kishida only managed to win the leadership race due to the support he gathered from the top factional leaders of the party, which holds far more weight than an average card-carrying member.

The new Kishida cabinet then proceeded to call a snap election for 31 Oct, merely weeks after the change of party leadership. They hoped that this rapid turnaround could keep the LDP in power before its popularity declined even further.

This manoeuvre worked in the LDP’s favor. Despite losing 15 seats, the LDP maintains a comfortable majority on its own in the Diet, alongside its longtime coalition partner the Komeito (which gained 3 seats). On the other hand, the two main components of the opposition coalition, the Constitutional Democratic Party (CDPJ) and the Japanese Communist Party (JCP) both lost rather than gained seats.

This result does not in any way suggest confidence in the LDP among the Japanese masses. As said, more than two thirds of the Japanese electorate did not vote. But in the weeks ahead of the election, there was no sign that the enormous mood of discontent was being channeled into support for the opposition coalition. This is because these parties are (rightly) not regarded as a genuine alternative.

Ahead of this election, the opposition parties headed by the bourgeois liberal CDPJ were buoyed by the mayoral election in Yokohama, Japan’s second-most-populous city. There, a joint candidate the CDPJ put forward with the JCP and the Social Democratic Party (SDP) managed to defeat the LDP in a high turnout election. This election was widely considered as a forceful vote of no confidence in the Suga government and contributed to Suga’s eventual resignation. The opposition hoped that this success could be replicated on the national stage. 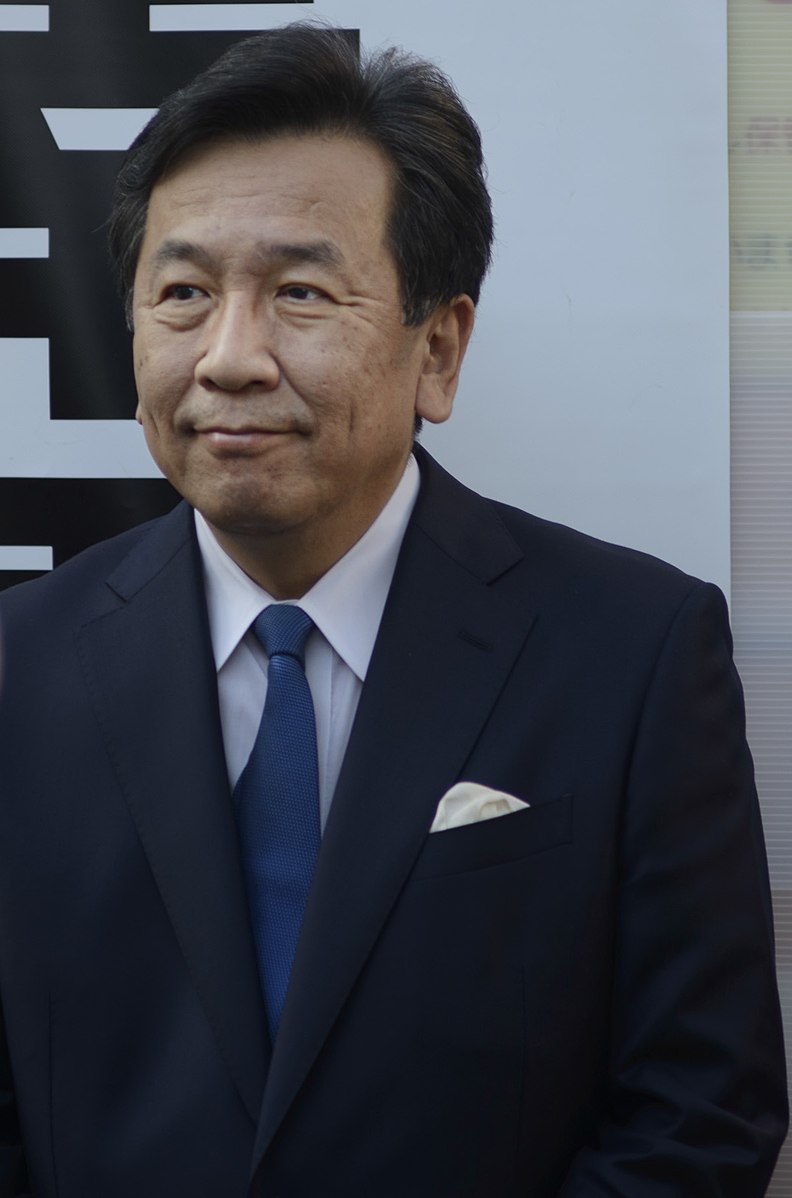 The liberal-leaning coalition of the CDPJ and the JCP suffered a humiliating defeat in the general election / Image: public domain

Instead, the liberal-leaning opposition coalition suffered a humiliating defeat in the general election. The coalition, formed around a joint policy pact signed in September, consists of the CDPJ, the JCP, the SDP, and a small party Reiwa Shinsengumi. As the latter two are marginal parliamentary rumps, the real nature of this pact is the popular front between the CDPJ and the JCP.

True to their Stalinist roots, the JCP worked as a willing and eager junior partner in a ‘popular front’ with the bourgeois CDPJ. The two sides agreed to put forward joint candidates, who would maintain their own party affiliations in 213, or over 70 percent, of the 289 single-seat constituencies. This meant that, for the most part, the JCP would be fully endorsing CDPJ’s candidates: along with their bourgeois liberal programme and outlook.

The CDPJ’s programme is almost indistinguishable from that of the LDP. For example, on the question of the economy, the CDPJ calls for expanding public spending and “taxing the rich” to help middle income families. The problem is: the Kishida LDP’s platform also calls for increasing public spending and “rebuilding a thicker middle-class layer with a new form of capitalism.”

More importantly, the Japanese masses already saw through the lack of any meaningful difference between the LDP and the CDPJ, as seen in the stark lack of enthusiasm for this election. Instead of maintaining a class independence from these bourgeois elements, the JCP threw its weight behind the latter, and therefore forfeited any chance of being seen as an alternative by the masses.

The CDPJ’s Party leader Yukio Edano resigned in disgrace. Many in the CDPJ blamed the JCP for this result, despite the fact that the vast majority (82 percent) of JCP supporters followed their party’s orders and voted for their district’s agreed-upon CDPJ candidate, while only 46 percent of CDPJ’s supporters did the same when their district’s joint candidate came from the JCP. Liberals will never fully trust a party that describes itself as communist, no matter how fervently it tries to accommodate itself.

The failure of the JCP’s popular frontism only adds to a long and sordid list of failures for this bankrupt strategy in world history. A genuine communist party would have called for a class-based fight against the LDP, and for the expropriation of the capitalist class, who have benefited tremendously both from the pandemic and from the decades of LDP’s rule.

The failure of the liberal opposition and the lack of a working-class alternative has created a political vacuum in Japan. A marginal rightwing party managed to take advantage of this.

The Japan Innovation Party (Nippon Ishin no Kai, or Ishin) grew their seats from 10 to 41, and overtook the Komeito as the third biggest party in the Diet. While not in government with the LDP and Komeito, Ishin is also a right-wing conservative party that has a stronger base around the Osaka prefecture. Ishin focuses on “small government” and “trimming wasteful spending,” whereas the LDP government who is not opposed to austerity measures on principle, has been compelled to increase government spending to mitigate the massive contradiction of Japanese capitalism.

This year, Ishin also leveraged the youthful image and social media popularity of its sitting Osaka governor Hirofumi Yoshimura, to sweep the Osaka constituencies as the LDP’s primary challenger in those areas. In the neighboring Hyogo prefecture, Ishin also saw a huge revival at the expense of the LDP in proportional representation elections.

Stephen Reed, professor emeritus at Chuo University speculated that many voters opted for Ishin in order to reject the JCP in places where the JCP’s candidate was standing as part of the CDPJ-JCP pact.

Whatever the reason for their rise, the Ishin party is now a significant opposition to the LDP government from the right. Ishin will push the LDP into accelerating the most-reactionary aspects of their existing platform, while making the working class pay for the crisis.

Kishida not out of the woods

For the unpopular Fumio Kishida, the goal for this election wasn’t about winning seats but minimising losses. The degree of these losses would in turn determine the length of his tenure as Prime Minister. Having only lost 15 seats and kept the LDP’s majority, Kishida probably breathed a sigh of relief. 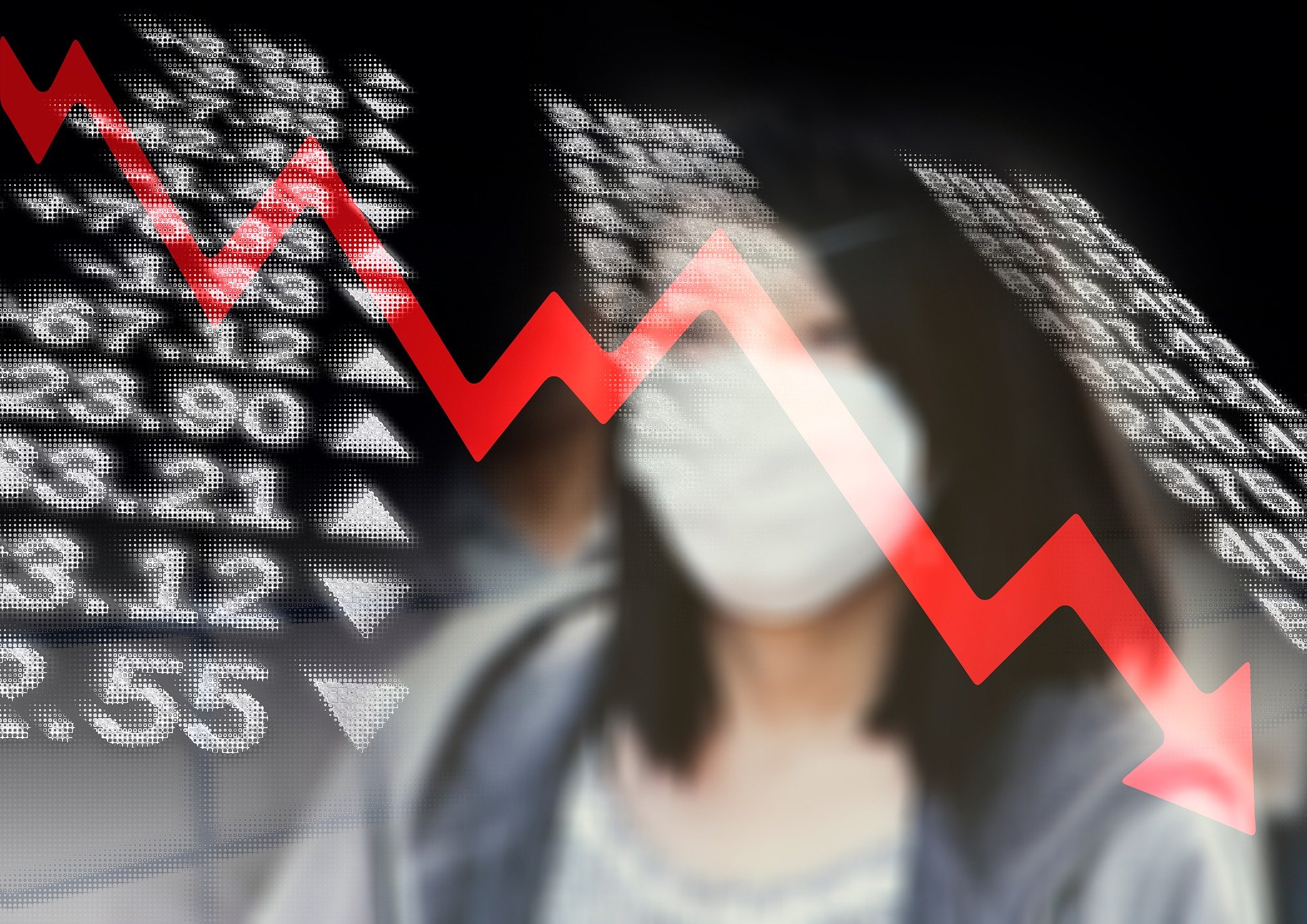 This election in no way restores political stability in Japan, no party holds the support of a decisive portion of the Japanese working class / Image: Pixabay

Yet this election in no way restores the political stability in Japan that existed in the previous decade. The pandemic is not yet over and the economy remains desperately stagnant. Kishida now has to push forward an enlarged stimulus package to quell the situation, which only adds to the massive debt that Japan has incurred in past decades. At the same time, he has to contend with the Ishin party, who will put pressure on the LDP to“curb public spending.”

Inside the party, Kishida’s position remains tenuous. As mentioned, he won the party leadership based on the support of the elderly party tops. In this election, a number of the old establishment LDP grandees have lost their seats in constituencies that they’ve dominated for years. Akira Amari, the Secretary General of the LDP was one such case and has to resign from his party post as well. The weakening of the old party leaders opens way for even more room for internal intrigues and splits, which Kishida would have to contend with.

Above all, the LDP is powerless to delay the unravelling of the Japanese capitalist crisis and the class struggles that come along with it. Kishida’s tenure will be even more fraught than that of Suga as the political status quo crumbles.

Voting for none of the above

It must be remembered that none of these parties holds the support of a decisive portion of the Japanese working class. After all, two thirds of the eligible voters declared their support to no one through their absence at the polls. This continues the trend of “no party” remaining the “most popular party” in Japan.

The reason for this political apathy is clear to working-class people in Japan. As Ryutaro Sato, a 25-year-old office worker from Kanagawa, explained to the Japan Times as to why he has never cast a ballot since reaching voting age:

“It seems pointless… The ruling Liberal Democratic Party will probably win anyway, since there aren’t any strong opposition parties… It seems as if it has always been like that. What’s more, I don’t feel that the policies being put forward are going to impact me in any significant way.”

Sato is right. For decades, the LDP has remained in power through the support of the ruling class and US imperialism, while the “opposition” forces, including the JCP, engage in endless parliamentary horse trading while offering nothing substantial to the Japanese masses.

This apathy itself is significant. In the world’s third-largest economy, the legitimacy of bourgeois democracy is being rapidly eroded among the masses. For now, all parties that participate in the parliamentary charade may think that they can keep up appearances, but as Japan’s crisis deepens even further, the rising class struggle will reveal the burning desire of the masses to raze the establishment to the ground.

The Japanese workers and youth will be eagerly looking for ideas that can genuinely liberate them from this decaying society, and it is in this epoch that a Marxist tendency must be built in Japan. Join us in this work.