The Marxist tendency in Austria invited a speaker from the Iranian Workers’ Solidarity Network (IWSN) to give a series of talks on the recent events in Iran. Here we provide a report and pictures of this tour.

Der Funke, the Austrian Marxist tendency within the social-democratic labour movement and supporter of the International Marxist Tendency (IMT), invited a speaker from the Iranian Workers’ Solidarity Network (IWSN) to give a series of talks on the recent events in Iran, particularly the fraudulent ‘election’ and its aftermath; the mass movement and the attempts by the ‘reformists’ to keep it under control; the internal crisis of the Iranian regime and the absence of the organised working class from this movement. Each talk also covered the important topic of the perspectives of the working class and the potential for the rapid development and radicalisation of workers’ struggles.

In addition, the crucial role of Austrian trade unionists, socialists and youth in helping to build a vibrant solidarity campaign that will help boost the morale of Iranian workers in their daily struggles against privatisation and other anti-working class policies of the regime was emphasised. This work will, without a doubt, help change the balance of forces inside Iran in favour of the workers. At each meeting appeals were made for help in building the solidarity work of IWSN and for fundraising to develop the campaign’s activities.

Amin Kazemi, the International Secretary of IWSN, took up this generous offer of Der Funke and travelled to Austria in early September. Here is a brief report of the tour.

The first talk took place on Thursday September 3 in Vienna. Around 30 people attended the talk at the Der Funke office where the talk’s introduction was followed by questions on the regime’s perceived ‘anti-imperialism’, the nature of the Kurdish organisations in Iran and so on.

A very large collection was made and copies of the IWSN handbook and T-shirts were also sold. 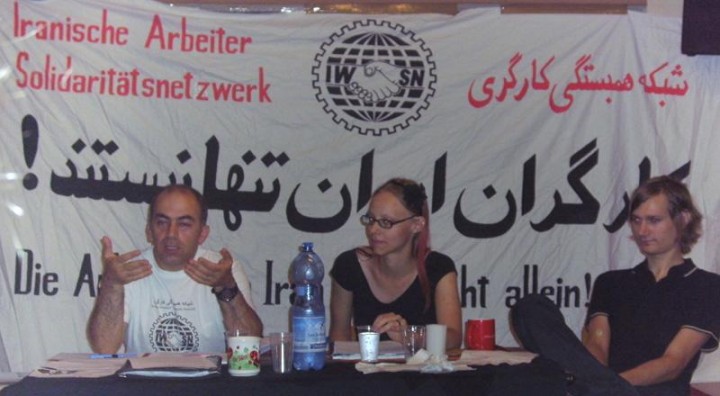 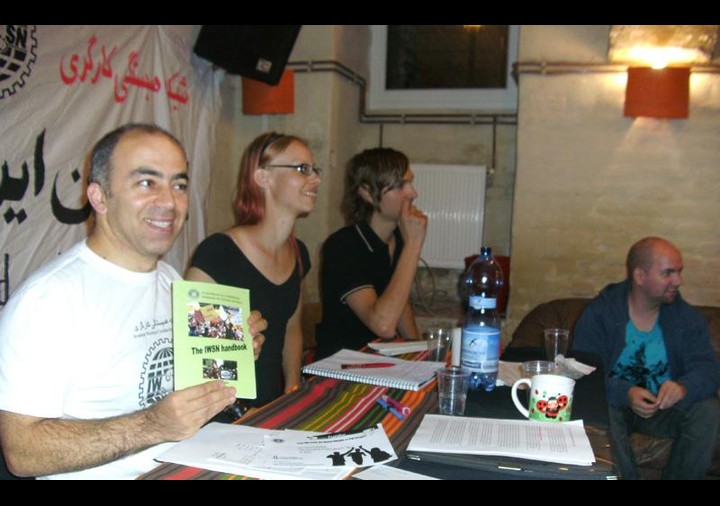 The meeting organised by the Vorarlberg (in western Austria) branch of Der Funke was attended by about 25 young people. The talk in Bregenz also included a brief history of what really happened in 1978-79, the critical role of the workers and how the revolution was crushed. There were many questions fielded by the young audience.

A large collection was made and a number of copies of the IWSN handbook and T-shirts were also sold.

The meeting was very well organised, bearing in mind that it was held in the midst of campaigning for the forthcoming regional election in which Lukas Riepler, the translator at the meeting, was standing as a candidate for the social-democratic SPÖ (with a preferential vote). 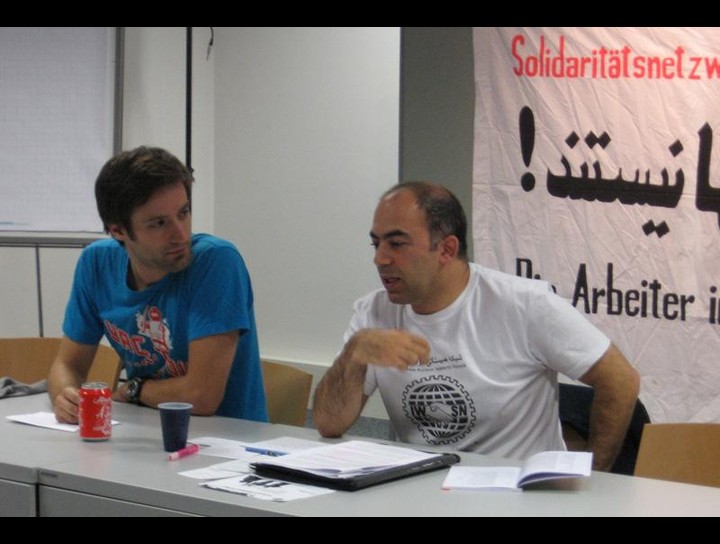 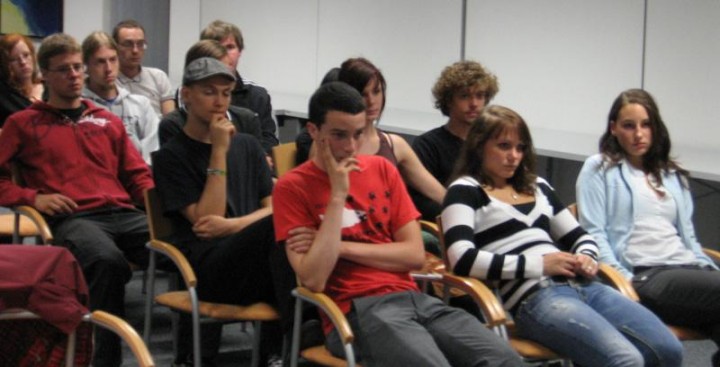 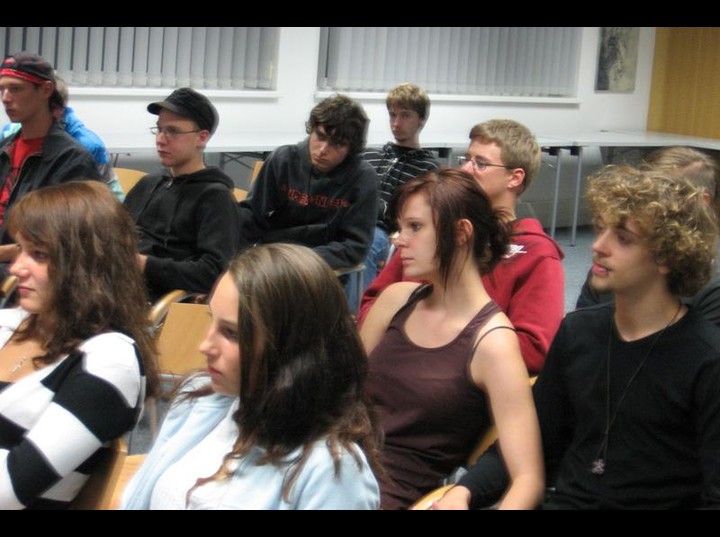 The Volkstimmefest is an annual two-day festival organised by the Communist Party of Austria. It includes the bookstalls of various parties and organisations, as well as stalls selling food and refreshments. There is also live music and other forms of entertainment for the many thousands who take part in the festival.

After a brief ‘advertisement’ explaining about the situation of the Iranian labour movement, and inviting people to the IWSN meeting later that afternoon, around a dozen people, including an Amnesty International activist who follows the labour news published on the IWSN site, attended the meeting organised by the Der Funke comrades. A number of copies of the IWSN handbook were sold at the Volkstimmefest stall. 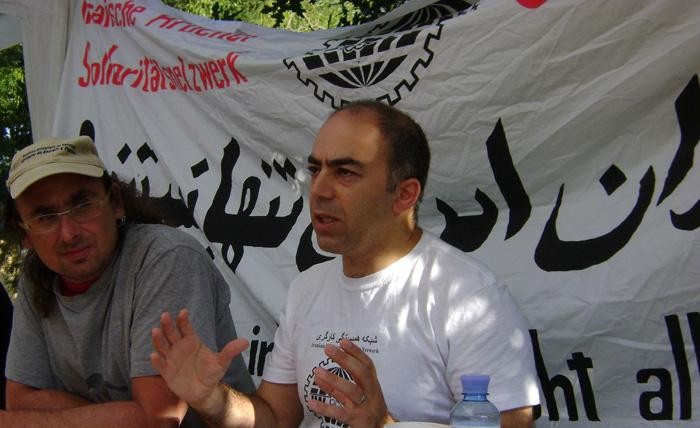 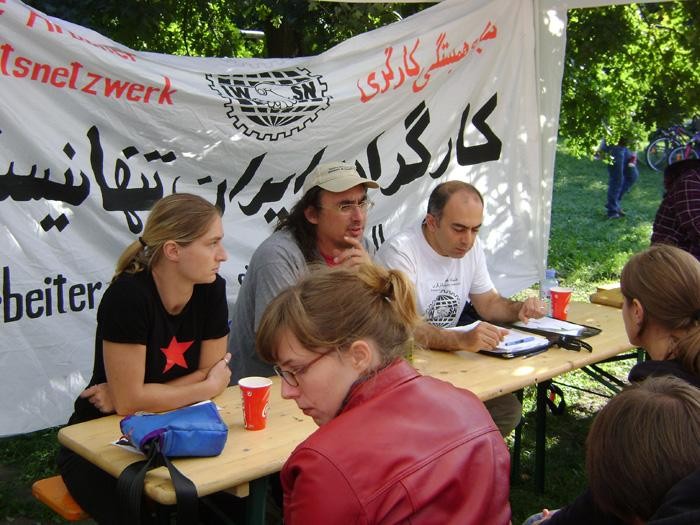 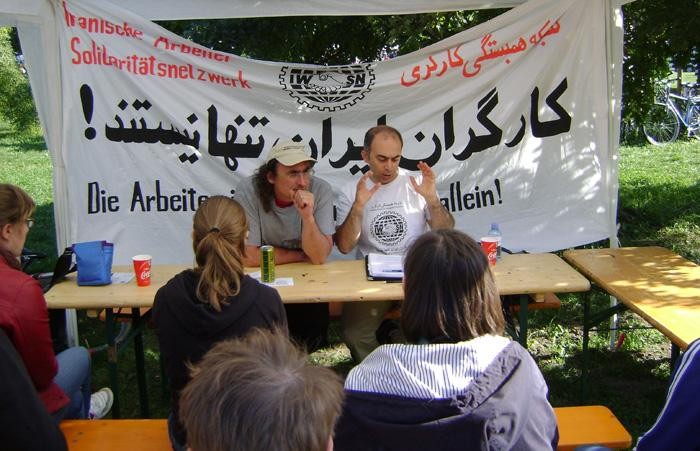 Linz, in Upper Austria state, is Austria’s main industrial city, with steel, chemical and other factories dating back to the 1940s. The Der Funke comrades had organised two meetings with leading trade unionists of the regional Österreichischer Gewerkschaftsbund (ÖGB) - the trade union confederation of Austria. 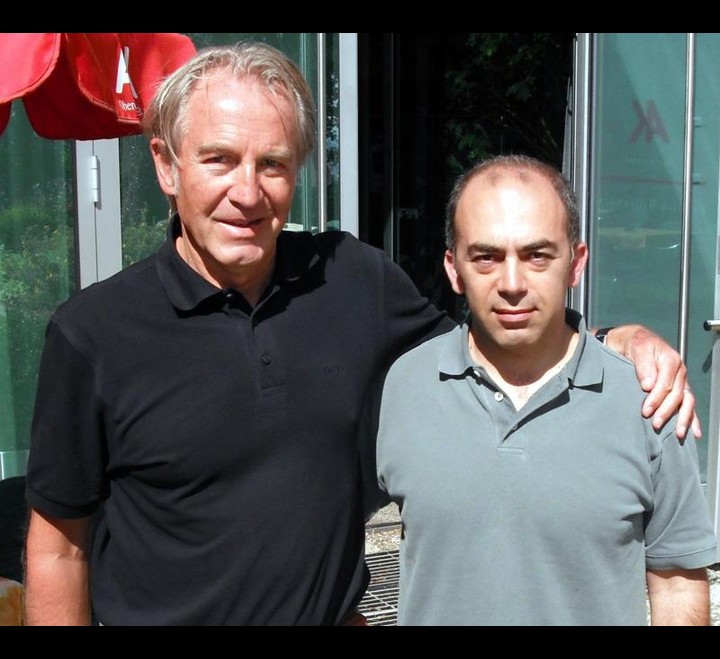 A similar meeting was also held with Reinhold Entholzer, of Vida, the transport union (with 155,000 members). Comrade Entholzer, who is the Regional Chairman of Vida in Upper Austria and the Vice-President of the social-democratic dominated Workers’ Chamber in Upper Austria, also pledged his support for passing a resolution. 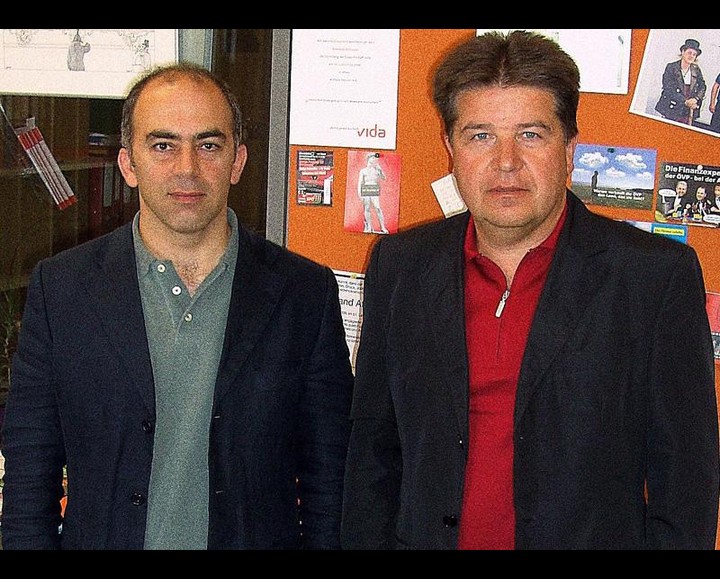 In the evening around 20 young people attended a talk on the ‘election’, the crisis of the Iranian regime, the history of the 1978-79 revolution, and so on. A large collection was made and a number of IWSN handbooks were sold. 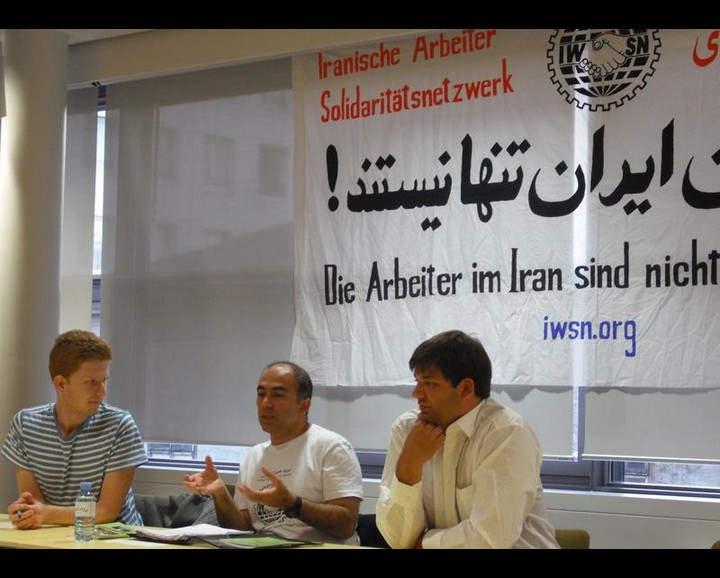 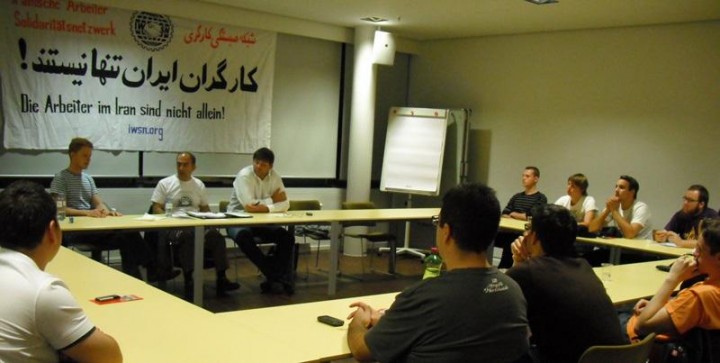 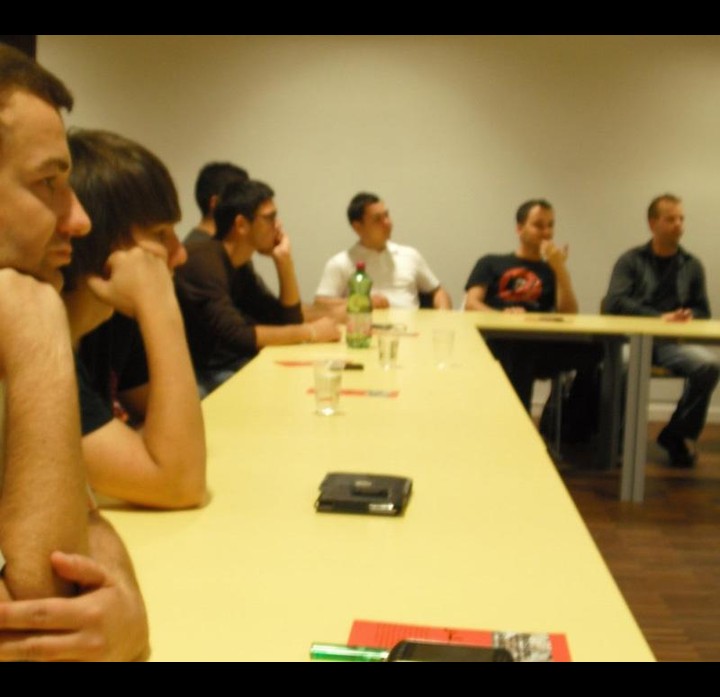 It was also possible to organise a small meeting in Bratislava (Slovakia) on Saturday September 5. Members of a left-wing youth group and a few others interested in the situation in Iran took part in the informal meeting.

This speaking tour highlights the importance that the Austrian supporters of the IMT attach to the issue of raising awareness of the conditions and struggles of the Iranian working class within the labour movement, the social-democratic party (SPÖ) and socialist youth (SJ) of Austria. This well organised tour was a great success and will surely pave the way for building IWSN as an active and effective solidarity campaign within Austria.

The commitment and seriousness of the mostly young comrades and supporters of Der Funke to Iran labour solidarity work are a great credit and lesson to all those who want to help Iranian workers achieve their demands and rights.