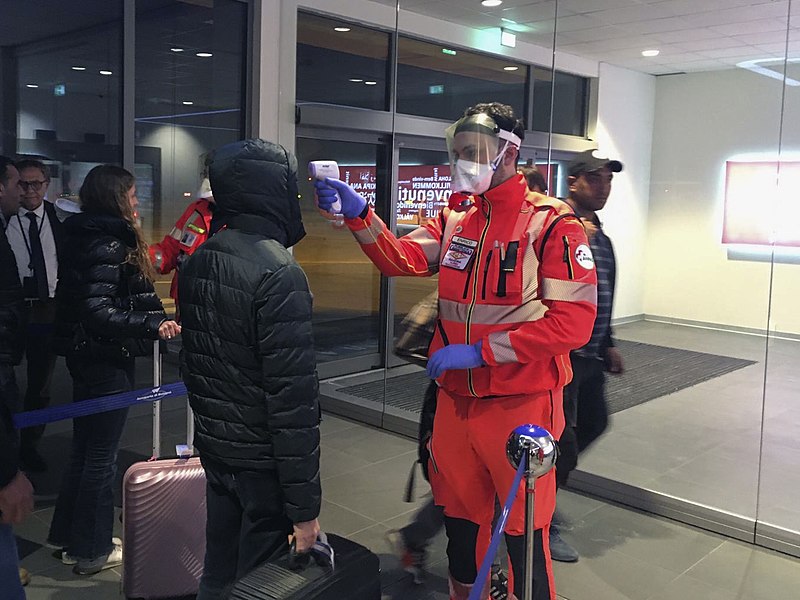 The following article, originally published on 26 February by Sinistra classe rivoluzione, criticises the Italian government’s response to the coronavirus epidemic. Rather than inform the public and protect public health, the government has instead created needless panic, enacted inefficient measures, and suppressed the rights to strike and public assembly.

Public fear about the spread of Covid-19 (coronavirus) is justified, above all because the danger is not yet fully understood. In the face of a phenomenon still to be evaluated, it is right to use caution both in daily life and in social behaviour.

However, the measures taken so far by the government and, subsequently, by the other administrative bodies, have failed to create awareness or take responsibility, but have whipped up fear and created passivity, while discharging most of the consequences of their measures on workers and the poor.

The inevitable contradictions of the decrees issued are stark: you can go to work, you can go to the shopping centre (with or without panicking and hoarding), and beyond that, the advice is to shut yourself in the house and “trust the authorities”.

Added to this is the isolation, to date, of approximately 50,000 people, who have been confined to the municipalities most at risk.

Are these measures needed to contain the infection? One can reasonably doubt it. Studies conducted on past epidemics (H1N1, or "swine flu" and SARS) have shown that large scale, blanket controls (at borders, airports and through mass quarantines, etc.) have had a minimal effect, diverting precious resources towards ineffective measures.

This is all the more true in the present case, when it is clear that "asymptomatic" patients can still transmit the virus. Controls and isolation can undoubtedly be effective if used in a targeted way towards those who have actually been exposed to a specific contagion hazard. 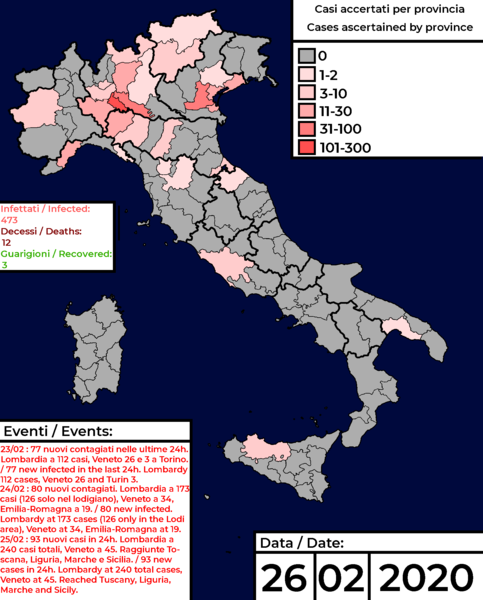 The government's has caused panic and misinformation / Image: Dany Crash

Worse still is the alarmism spread by the media and talk show virologists. Comparing the coronavirus to the "Spanish flu” is well beyond reasonable alarm. Spanish influenza claimed tens of millions of victims in a Europe that was coming out of a world war, with the population weakened by hunger and disease, and affected millions of soldiers who had spent years in the trenches, in an era when national health services did not exist. What does it have to do with today's situation?

Also, the high mortality rate (2.3 percent of cases, about 20 times more than normal flu) needs to be contextualised, as it disproportionately involves older patients and people with other pathologies, and also pertains to the initial phase of the epidemic in which the nature of the danger was not known, nor the necessary measures that needed to be taken.

It is no coincidence that, in China, mortality was 2.9 percent in the province of Hubei, the first and most affected, while it dropped to 0.4 percent in the other provinces, which were hit later.

This does not mean minimising or trivialising the danger by reducing it to an abstract statistic, on the contrary: we protect ourselves first of all with awareness. Here, however, the message is the opposite: you must be afraid, and deal with the danger alone.

Do you have young children and is school closed? Your problem. Are you a precarious worker (for example, the thousands of educators who support schools)? Stay at home without a salary. In Milan the bars are closed... from 6pm to 6 in the morning. Go to work, it's your business if you get infected, but you can't go to the canteen.

You can go to the factory, stand at the supermarket checkout, drive a bus and make deliveries around the city, but the cross-country race organised by the town's sports club is suppressed by the prefect or the mayor.

The decrees issued contain hundreds of these absurd and infuriating contradictions.

The isolation of entire countries and communities actually makes it easier to spread the contagion, not the other way around. An extreme case is that of the Japanese cruise ship Diamond Princess, where the quarantine had the effect of making about 690 out of 3,700 passengers and crew sick. Only after weeks of controversy and clashes did it eventually become clear that isolation, to the extent that it was necessary, had to be done on dry land, differentiating between the different situations.

The government objectively chased the League in developing its response to the emergency. The manoeuvre had a certain superficial success - to the point that Salvini, no longer knowing what to say, has suggested closing the French borders. Perhaps overtaken with enthusiasm, the government tried their hand at banning any public demonstrations: outdoors or in enclosed spaces. They also slipped in an "invitation" (read: order) to suspend all strikes and political demonstrations until 31 March.

So, Whirlpool workers whose factory is being closed; employees of Air Italy or Auchan who have been fired; teachers and school staff without contracts, must be silent and not protest! Go to the shopping centre to fill your cart with preserves, and then close up at home and watch the tally of infections and newscasters with facemasks on TV. 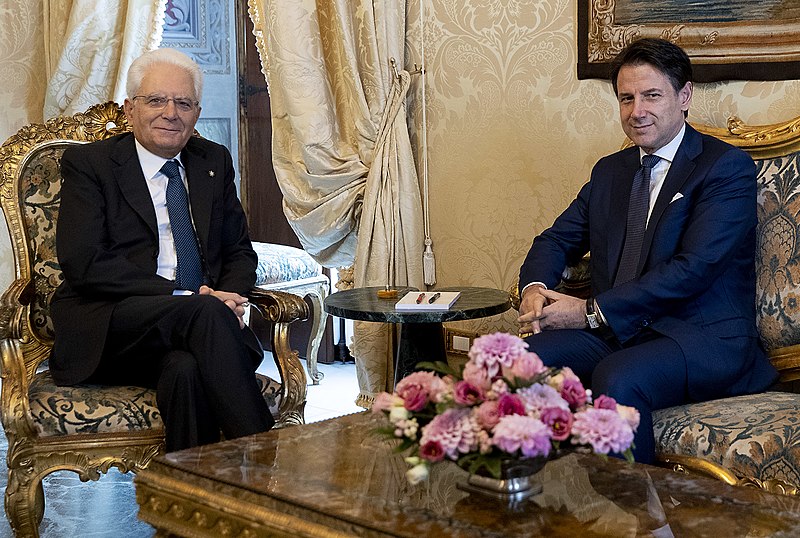 The government has tailgated the League in responding to the virus, and has taken the opportunity to suppress public assembly, striking and labour organising / Image: Presidenza della Repubblica

It is scandalous that union leaders have accepted these measures and even suspended assemblies of all kinds in the workplace.

And speaking of unions and workers: now everyone is hurrying to say how heroic the frontline health workers have been in the face of this emergency, who have taken double shifts and exposed themselves to the contagion. Nobody, or almost nobody, however, remembers that these workers’ national contracts expired 18 months ago. Following 30 years of corporatisation, the National Health Service has been systematically undermined, causing closures and consolidation of structures (including intensive care units); cutting beds and dismantling prevention and territorial services. Regionalisation and corporatisation mean less coordination between territories and structures, at the expense of citizens’ health and workers’ conditions. The private structures, which have been fattened by these policies, so far have not even lifted a finger to contribute to the efforts against the epidemic.

Instead of crawling before the government’s measures, the unions must move to protect workers and prevent the cost of this emergency from being passed on to them. In particular, they must demand:

We do not accept that, in the name of the emergency, the burden is equally shared while the government guarantees that the bosses can continue to make profits by discharging all costs onto the working class!