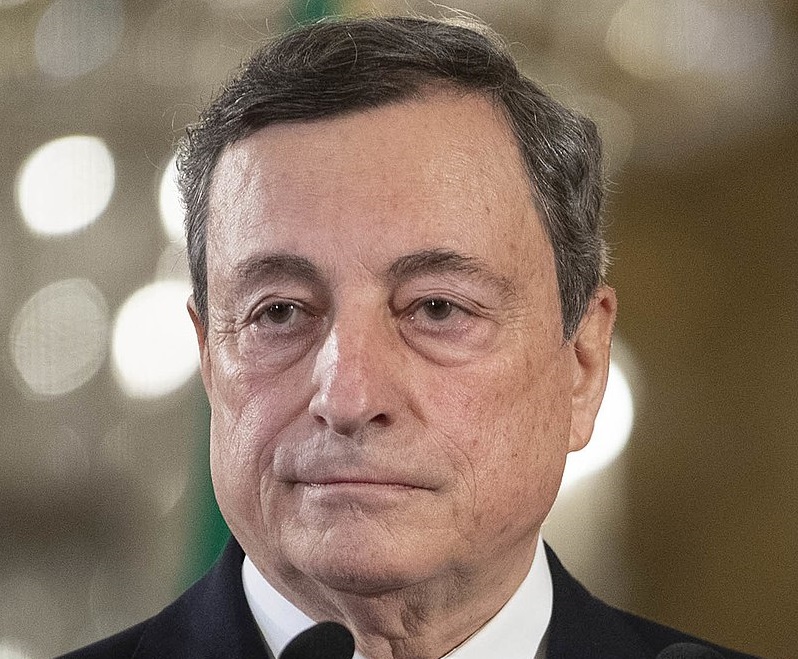 The inaction of the Giuseppe Conte government in the face of the deepest economic, political and social crisis in Italy since the Second World War had become unbearable for big business. That explains why the figure of Mario Draghi has come to the rescue. It is clear, however, that this bourgeois technocrat has no solutions for the problems facing the Italian workers.

Italy suffered an economic decline of 8.8 percent in 2020. The Bank of Italy forecasts a 60 percent rise in business bankruptcies as a result of the 2020 slump. We have seen the loss of half a million jobs (officially), even with the government’s freezing of layoffs still in effect. One out of every four Italians is at risk of falling into poverty when this freeze is lifted. And aside from this economic devastation, the pandemic (which is far from over) has caused over 90,000 deaths so far.

Such an epochal crisis could not be resolved by a government that had been living for months out of simple expedience, propped up by the "goodwill" of bourgeois politicians who are all for sale to the highest bidder.

After the first Conte government, which came after the previous coalition between the far-right Lega and the ‘anti-establishment’ Five Stars Movement (M5S), and then the second Conte government, it fell to the bourgeois Democratic Party (DP) and Free and Equal (LEU) party to form an alliance with the Five Star Movement, at which point it became all but impossible to form a political majority in the current parliament.

The decisive moment, the delivery of Conte’s draft recovery plan, detailing how Italy would spend its share of the EU’s post-pandemic recovery fund of grants and subsidies, was inexorably approaching. Italy was set to receive the largest share of this fund: €209 billion.

As already happened after the general elections of March 2018, and in the summer of 2019, the President of the Republic Sergio Mattarella intervened to resolve the impasse.

In a parliamentary republic like Italy, for decades the President was considered a ceremonial figure. But given the crisis of the Italian political system, from the early ‘90s the President’s role as an arbiter in clashes between the rival parties has become more and more prominent. Of course, Mattarella’s final decisions always serve the interests of the ruling class.

In a blunt and clear speech, he urged the parties to put aside their principles, assured them they didn’t need to "identify with any political formula", and simply choose the only figure who could make a government of national unity viable in the present situation: former president of the European Central Bank, Mario Draghi.

Draghi’s role isn’t a neutral one. He is entering the scene to protect the interests of the ruling class: of the bosses’ organisation (Confindustria) that strongly called for a change of course; of the European Union, that applauded the rise of its man to Palazzo Chigi (the residence of the Prime Minister); and of the stock markets, that have celebrated the appointment and brought the spread between German and Italian bonds down to unprecedented levels. 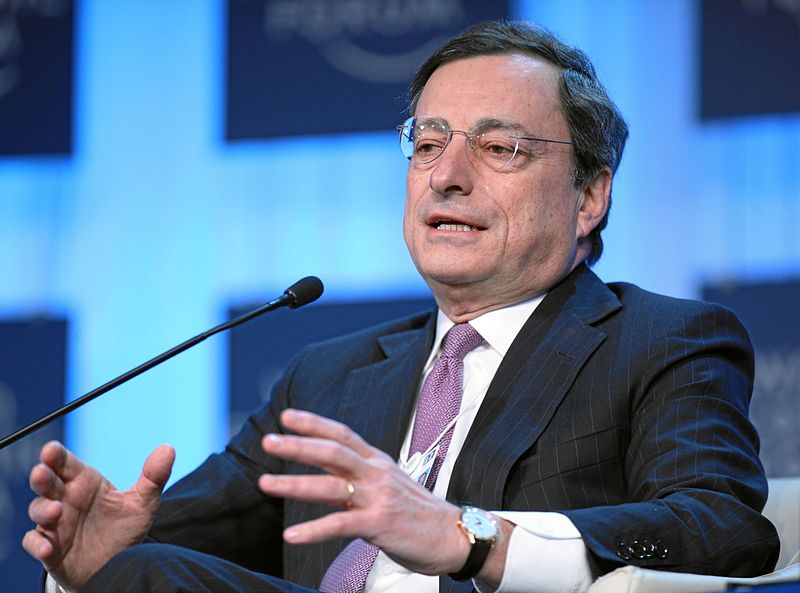 Since his appointment, the Italian public has been overwhelmed by an incessant campaign of glorification of "Super Mario", but his task is to protect the interests of the bourgeois / Image: World Economic Forum

Since his appointment, the Italian public has been overwhelmed by an incessant campaign of glorification of "Super Mario" – the real "man of providence". We are not far from being told by the television channels that Draghi is able to transform water into wine!

There is also rhetoric that reveals the class contempt of the mass media when they speak of the need to create a "government of technocrats" or "government of the best and brightest": of those who attended the most expensive and exclusive schools and universities, and are almost predestined to rule over the common people.

The collective hysteria of the hired mass media journalists reveals how deep the crisis is, and how desperate their search for a lifeline is.

Faced with this gigantic pressure from the ruling class, one after another the parties lined up behind this plan. There were those who can expect very little from any elections in the near future, such as Forza Italia and Italia Viva, the new centre party created by the former Prime Minister Matteo Renzi. There are those who are sacrificing themselves once again for the "good of the nation", like the Democratic Party. The M5S has bowed its head, once again, to prove itself "responsible" at the cost of losing more MPs and becoming less and less relevant (despite being the first party in parliament).

But it is the Lega that serves as an example of the importance of the will of the ruling class in decisive moments. The capitalists "of the North" (the more industrialised part of Italy), with their enthusiastic statements about Draghi, have cornered Lega leader Matteo Salvini. "All political forces should support Draghi, their credibility is at stake", explained Carraro, president of the bosses’ confederation of the Veneto region. “Sovereignty”, the main slogan of the Lega in recent years, faced with the prospect of managing the recovery plan, is being shelved, for now.

Only Fratelli d’Italia (Brothers of Italy, an ultra-right-party, heirs of the fascist Movimento Sociale Italiano, MSI) will not give a vote of confidence to Draghi, but their votes are not necessary for the government to have a majority. The only group represented in parliament to the left of the PD is LEU, which was part of the second Conte government, and it will in all likelihood join the chorus.

What will Draghi's programme be?

The former president of the ECB outlined his programme in a famous article in the Financial Times in March of last year and in other speeches this past year. Draghi completely embraces the idea that public debt must increase. In this acute crisis, he believes public spending must absorb private debt; and the debt must be made "productive". He says, "not all companies in this crisis should receive public support”, rather, the state must intervene only “to avoid excessive social costs”, and of course the banks and private investors "who have much greater expertise" must choose which companies the state must invest in.

But what future faces the workers of these "zombie" companies, which are doomed to go bankrupt? "Incentives have to create new jobs, not to save old ones." An encouraging prospect for those who hope that the new government will intervene in favour of workers following the end of the freeze on firing, which is due on 31 March!

State intervention in the economy will therefore be to the total benefit of the ruling class. The state, with its finances, must improve the competitiveness of businesses. Structural reforms will mean cuts to welfare and total flexibility of contracts and working conditions. Those who remain unemployed will get a temporary subsidy, but with little possibility of re-employment, or at least will be in conditions of extreme job insecurity.

On the age of retirement, Draghi has always advocated extending people’s working lives. The "quota 100" (a pension reform from the first Conte government, which means one can retire if the sum of one’s age in years and the number of years one has paid social security contributions adds up to 100) will therefore have to be worsened.

Still, there is an illusion among the leaders of the labour movement that the Draghi government will represent a positive turning point for the workers. According to Maurizio Landini, the general secretary of the CGIL trade union federation, Draghi "will take us out of the casualisation of labour" thanks to his "competence and authority". These are dangerous illusions to sow. One cannot serve two masters.

Behind the decoy of impartiality and "competence", governments of national unity have always been detrimental to the interests of the workers, from those of Ciampi and Amato in the ‘90s to that of Monti 10 years ago. Today, the bourgeoisie needs different policies than those of the austerity of the past, but the policies of the government must remain at its service.

National unity is a chimaera that has arisen in the face of inequalities that have increased exponentially in these 12 months of the pandemic, which cannot be addressed by a policy that favours the bourgeoisie.

The birth of the Draghi government will be a source of internal conflict and splits in every single party that supports it. Right-wing, centre and left-wing parties will come out of this experience further weakened and discredited.

Amidst this government crisis, the interest of our class, of the workers, who are the majority of society, are not represented. This helps to make the smokescreen created by mass media propaganda even more effective. To remove that smokescreen will require the action of class struggle and the eruption of the workers' and youth movement onto the scene.

The task of those who, like ourselves, are unshakeable opponents of bourgeois governments, old and new, will be to reclaim and reorganise the social conflict on our terms. Class struggle presents the only way out of the capitalist crisis that the workers and the oppressed classes of this country are paying for.