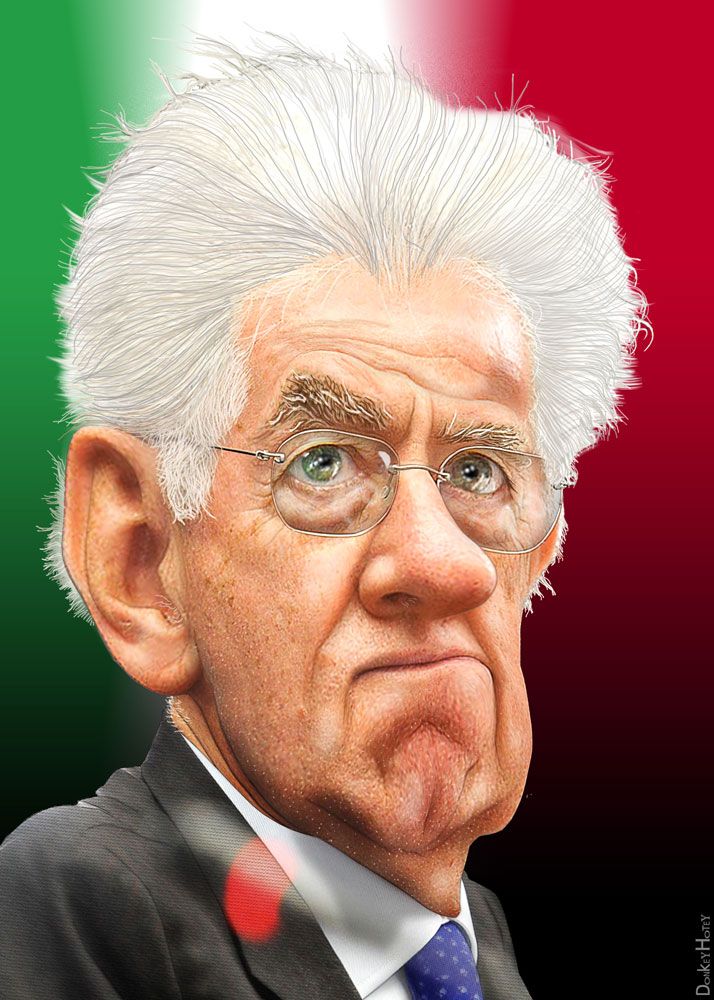 As in Greece, Spain and France, in Italy every attempt by the ruling class to implement the draconian austerity measures demanded by the European Central Bank and the IMF has rapidly undermined any popular support for the ruling parties and any party which supports these measures. The recent Italian local elections fully exposed the desperate position of Italian capitalism.

The Italian local elections of May 6–7 sent a clear message. All the political parties that supported Monti’s government have been severely defeated. In particular Berlusconi’s party, the PDL (The People of Freedom Party), comes out of the polls in tatters.

This round of local elections involved about nine million people and important cities like Genoa, Palermo and Verona. It took place after six months of the technocratic government headed by Mario Monti, a former Goldman Sachs banker and a member of the European Commission for several years. His government had been labelled from the start as one of “national unity” because it was supported by all the main political parties in Parliament: PDL, Democratic Party and the so-called Third Pole (a centre-right coalition of parties). Italia dei Valori (Italy of Values, a centre-left petty bourgeois party led by the former judge Antonio Di Pietro) also voted in favour of the new government when it was sworn in. The traditional communist parties had lost their Parliamentary representation in the 2008 elections, so when Monti was appointed Prime Minister the only Parliamentary opposition was the racist Northern League. But hypocritically putting themselves in  opposition to Monti didn’t save Umberto Bossi’s party from the consequences of their long-standing alliance with Berlusconi. As often happens in Italian politics, the secret misdeeds and  corruption of the leading brass of the Northern League, after many years in power, were conveniently leaked to the media, precipitating in the Northern League—the party that had made “anti-corruption” their banner— a crippling internal crisis.

With a huge majority in Parliament and the active collaboration of the bosses’ confederation and of the trade unions, the technocratic Monti government imposed a 30 billion euro austerity package last December, including important cuts in welfare, increased taxes, and a severe pension counter-reform.

After a decree in January which “liberalised” (read: privatised) several services, the technocrats moved to attack the labour market with a law, under deliberation in Parliament now, which, amongst other things, wishes to change Article 18 of the Workers’ Statute Law [Statuto dei Lavoratori—a major conquest of the working class back in the early 1970s]. This article required companies that employ 15 or more workers to re-hire any employee found to have been fired without just cause. The new counter-reform will allow only compensation in such cases, and will make it easier for companies to dismiss or lay off employees. The existing article was clearly aimed at protecting trade union shop stewards and representatives from selective sacking.

At first, the CGIL (the main trade union confederation, once controlled by the Italian Communist Party) opposed this counter-reform, promoting a series of strikes and mobilisations at a local level which were in most cases very well attended and very militant. In Modena, for example, the workers spontaneously blocked the highway between Milan and Rome. This action was repeated in several other places. But in April, Camusso, the CGIL general secretary, accepted as positive some small changes, mostly cosmetic, introduced by the government, and unilaterally postponed the general strike which had already been announced (although a date had not been set) against the scrapping of  Article 18. Now, the general strike has been transformed into a “national day of action” with CISL and UIL (two other, smaller, trade union confederations), which had consistently pursued a strategy of social partnership with the Berlusconi government in the past, and still favour maintaining this social partnership with Monti now. This day of action is going to be held… on June 2, a national holiday!

The vote of May 6–7 was a clear signal of the growing discontent which is brewing among the Italian masses. A comparison with the 2010 regional elections shows that Berlusconi’s PDL fell from 28.8% to 12.8%. In the northern regions the vote for Berlusconi collapsed by 61%! Palermo, the capital of Sicily, where the centre-right parties in the last elections collected more than 70% of the votes, is going to have a second round mayoral election between two candidates of the centre left.

Bossi’s Northern League opposed Monti, but had been a faithful ally of Berlusconi for years; and an impressive series of corruption scandals, exposing its leadership as rotten to the core, had been recently unveiled. The Northern League declined from 16.5% to 5%, losing some of its traditional strongholds, like the cities of Monza and Como in Lombardy.

Only in Verona was the Northern League able to keep control of the council; but the mayor, Tosi, is a bitter internal opponent of Bossi within the League, and his victory was made possible thanks to a split in the PDL and a shift of votes from the PDL to Tosi.

The parties of the right wing are in ruins—Berlusconi’s epoch is over.  The Third Pole, the most enthusiastic supporter of Monti, is not growing at all, while the Democratic Party (PD) is losing support as well.

The wave of discontent found itself expressed towards the Movimento 5 Stelle (Five Stars Movement) led by Beppe Grillo, a former comedian. In the 101 cities where this movement managed to contest elections it reached a share of 8.74%. Its best results were in the north of the country and in Emilia Romagna (the Bologna region), where Grillo conquered votes from those disillusioned by the right wing, but also from the disaffected traditional base of the PD.

What are the reasons for Grillo’s success? He was perceived as the most credible anti-system contestant. The reliability of Italian political parties is at a record low in public opinion. Grillo stood against Monti and all the “national unity” rhetoric, refusing to ally his movement to right- or left-wing coalitions. He had supported the referendums against nuclear energy and against the privatisation of water in June 2011, the results of which showed that at that time there was already a widespread rejection of Berlusconi’s coalition and the fake opposition around the PD, who sided in favour of both and were severely defeated.

Grillo picks up these and other traditional demands of the left wing, but only to conceal his stance as a petty-bourgeois populist and demagogue. At the same time, he openly states that there is no difference between right and left wing. He voiced positions leaning towards racism against immigrants and especially against the Rom people. His political trajectory will inevitably end up as every petty bourgeois movement ends up when refusing an alliance with the working class, inevitably siding with reaction.

The success of Grillo’s movement is temporary and typical of a political situation where anger and discontent are widespread, but have not yet taken on a class character.

There have been struggles, even very bitter ones, at a local level, but a general movement of the working class has not yet taken the stage.

The vote for the Federazione della Sinistra (Federation of the Left), the electoral front of Rifondazione Comunista, did not intercept all this anger and discontent. In the nine biggest towns where the PRC stood, its percentage fell slightly, from 2.62 to 2.4%. Sinistra Ecologia e Libertà (SEL—Left Ecology and Freedom), the right-wing split-off from the PRC led by Puglia Governor Nichi Vendola, did not grow substantially and scored just 3.28%.

The masses do not see the PRC as an enemy of the Monti government, in spite of the fact that the party is in the opposition. The PRC position comes across as subordinate to the PD (the PRC was allied with the Democrats in more than half of the cities) or to Italia dei Valori. The result in Palermo was remarkable. In that Sicilian town, where mayoral candidate Leoluca Orlando, supported by the PRC, came close to winning 50% of the votes, the list of the PRC and the Greens scored only 4.7%. And this even when only two lists were supporting this candidate, the other one being Italia dei Valori.

The lessons that emerge from the recent elections in France and Greece are clear: the only way for a party like the PRC to grow is to stand clearly against a government that applies austerity measures dictated by the Troika, and to implacably differentiate itself from the fake opposition. Any policy of compromise is a deadly one.

The alliance with the PD will be pursued by the leadership of the PRC with even more zeal in the future. It is likely that in the next general elections, scheduled for the spring of 2013, the coalition around the Democratic Party will win, and the PRC leadership is desperate to get back into Parliament. As the experiences with Zapatero in Spain and Papandreou in Greece show, a new centre-left government in Italy will have very little room to manoeuvre between the diktats of the UE, ECB and IMF, on the one side, and the pressure from the masses who are not prepared to accept more of this “medicine”.

The burden on the working class and their families is becoming unbearable. So, it is no surprise that in a survey made by the ACLI (the Catholic Workers’ Association), 32% of Italians think that the only way to solve the country’s problems is through a revolution. According to 75% of them, it is the rich people who must pay for the crisis.

This is only one of the symptoms of the radicalisation that is taking place under the surface throughout the Italian peninsula. Today it manifests itself in the form of rejection of the established political parties. Tomorrow, the Italian proletariat will sweep away through struggle all the confusion in society, and will turn towards transforming its traditional organizations into tools for the socialist revolution.

This is the perspective for which the supporters of FalceMartello, the Marxist Left of the PRC, are preparing themselves.