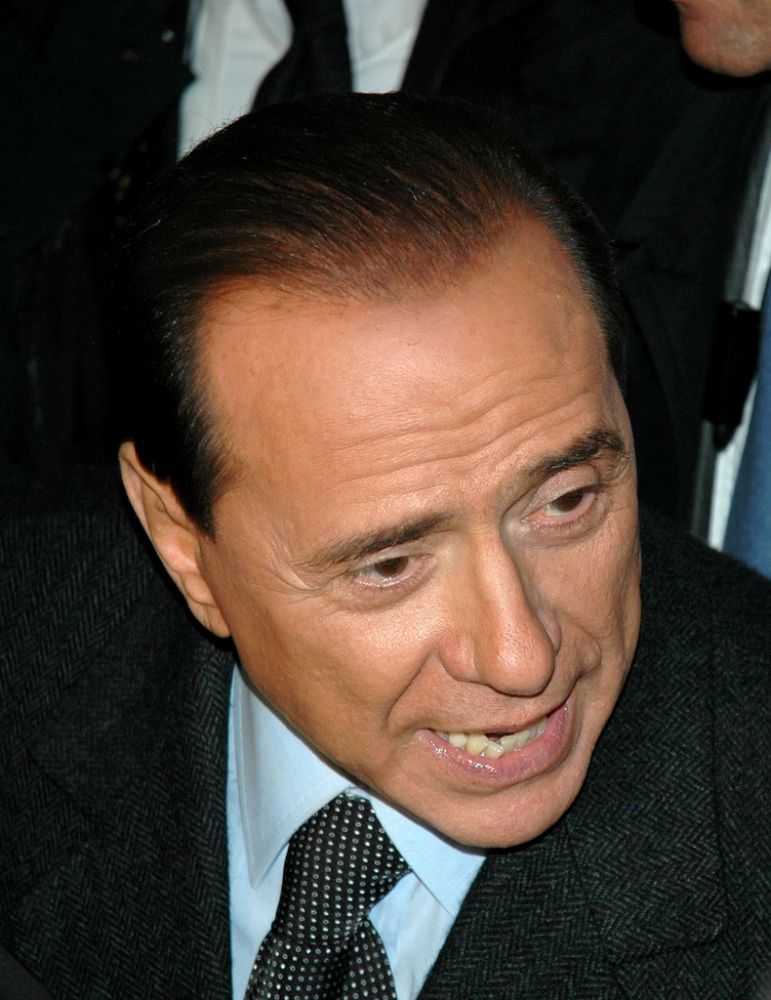 Berlusconi and the rightwing lost this round of local elections. Berlusconi had put everything at stake in this election, and particularly in the results in Milan, on the grounds that a victory for the PDL (the party of Freedom, his own creation) there, would have strengthened his shaky national government.

The polls response has not been the one Berlusconi had hoped for. Berlusconi's party has lost more than 7% of the vote in Milan, his hometown and the cradle of his political and business' career. His candidate, Letizia Moratti, achieved 41,5% of the vote while Pisapia, the candidate of the centre-left, got 48%. Everything will be decided in the second round, but a recovery of the right-wing is very unlikely.

Berlusconi's defeat was a personal one. He stood as head of the PDL list in Milan but his voting preferences were halved, from the 53,000 he scored in 2006 to 28,000. What it is more striking is that these votes did not go to the Northern League, which lost one-third of its votes in Milan (-5%). The same defeat, both of the PDL and the Northern League, is replicated throughout Italy, with very few exceptions.

This electoral test was important because 13 millions Italians were called to the polls and some very important towns, excluding Milan, had to re-elect their local councils (Turin, Naples and Bologna).

The sharp polarisation of the vote affected the results of the centre, or the “third pole” as it is called in Italy. This coalition went to the polls with big expectations. Firstly because of the sponsorship of the big media, eager to promote the “third pole” as the holder of the balance of power between left and right, secondly because they thought they were strengthened by the split-off from the PDL by Fini, the chairman of the lower chamber of Parliament. The "third pole" scored a poor result of around 5% with the exception of Naples (9%). This is an important failure, considering the means they had at their disposal and deprives the Italian bourgeoisie once again of the perspective of forging a viable lever to hold control of the political system.

The result of the 15-16 May elections represents a change in the Italian political situation. It weakens but does not of themselves overthrow Berlusconi. From a merely parliamentary point of view Berlusconi has showed time and again that he is able to hang onto power at any cost in the last months. Firstly and mainly by means of buying the MPs needed to guarantee himself a majority that he had previously lost with the desertion of Fini. More recently, when it was the time for a vote about the military intervention in Libya and the Northern League stood in opposition to it (at least at the beginning), the Democratic Party was ready to assure its support to the adventure, with the blessing of the President of the republic, Napolitano, who called for “national unity” on that issue.

With an opposition like this Berlusconi can sleep soundly and safely. Nevertheless the wind has already begun to change. The anger that has been brewing up from below, which was shown by the Pomigliano and Mirafiori referendums, the metal workers' strikes on the 28th of January and the last CGIL general strike of the 6th May, let alone the mass students’ revolt of last autumn, were partially reflected in this elections.

In the CGIL strike 6th May we saw some interesting signals like the active participation in the demonstrations of some of the most exploited layers of the workers, including shop assistants and the employees of the call centres. This was in spite of the fact that it was called by the leadership three months in advance, only in order to let the steam off the pressure from below and was just 4-hours long in some sectors.

Shift to the left

In fact the most important feature of these elections was the shift to the left. Everywhere, where there was a reliable candidate to the left of the Democratic party, they got a very good result. It happened in Milan, where Pisapia was the candidate for the whole coalition against the will of the Democratic Party. He was an MP for the PRC from 2006 to 2008, though “independent” and now he is linked to Sinistra Ecologia e Libertà (Left ecology and freedom, the split-off from the PRC in 2009). It happened in Naples as well, where De Magistris, an outsider supported by the Left Federation (FDS, the electoral front of the PRC) and Italia dei Valori (the party led by Antonio Di Pietro, a former judge). In the Provincial elections the combined vote of the FDS and SEL is around 10%. In 2008 the Rainbow Left score 3%, while in the 2009 European elections and in the 2010 regional elections SEL and the FDS got around 6% of the vote.

We have to add to the analysis the vote for the Movimento 5 stelle (Five star movement) that in the north of the country reflected a protest and “anti-system” mood. This movement headed by a very famous comedian, Beppe Grillo, has built its successes on the several contradictions of the PD, on the inability of this party to be a real opposition to Berlusconi. The “movement” scores the best results in the traditional strongholds of the PD (Bologna 10%, Rimini, 11%, Turin 5%, etc). It is also a warning for the alliance policies of the FDS.

The vote of the last week testifies that the majority of the workers and youth are ready for a radical change. In the consciousness of millions this vote leaves the message that something is moving and that the usual complaints “Berlusconi always wins” and “Italians want the right-wing in power” are over. Nevertheless, what is lacking now is a party which has the strength and the programme to give expression to this desire for change.

The left wing has not disappeared, as many media commentators said in 2008, but is divided in a number of political parties and movements. The FDS obtained a 4% of the vote in the provincial elections, but in important towns like Turin and Bologna was relegated to a miserable 1,5%. The fact that in Turin the FDS cannot reap the radicalisation of an important section of the working class over the Mirafiori referendum is a striking fact.

The FDS remains just an electoral front, divided over a number of issues and does not represent a point of reference for an important layer of proletariat. But what is even more important is that not one of these parties try to be more than an appendix of the Democratic Party, that is not moving to the left but stands firm on its principles, i.e. to give a full political representation to that part of the bourgeoisie that is tired of Berlusconi.

So we see on one hand Vendola (the leader of SEL) who wishes to be the leader of the centre-left coalition (with the PD), while on the other hand Ferrero (the leader of  PRC) is offering to the PD leader Bersani a “democratic pact” to defeat the right wing. Due to the lack of a class-based alternative, the illusions of the viability of a front of “everybody but Berlusconi” will be inevitably increase.

The search for a break with the austerity policies which we have seen in the 6th May general strike, with the call for decent wages, decent jobs and social services, won’t be satisfied with the fall of Berlusconi. The list of the hopes betrayed by the centre left during the last years could be very long, and would not be reversed by a government of crisis that is likely to come in the next period.

The task of the communists and of the supporters of FalceMartello is an all-round battle for the creation of a front to reject any pact with the bourgeois parties and all the pro-capitalist policies, with the aim to give a political expression to the class struggle that has erupted throughout the country, around the mobilisations called by the FIOM.

This orientation should also be adopted as a fundamental compass by the leadership of the PRC in the next future, if the party wants to take advantage of the opportunities shown by the election results and emerge strengthened from the crisis it went into in the last years.