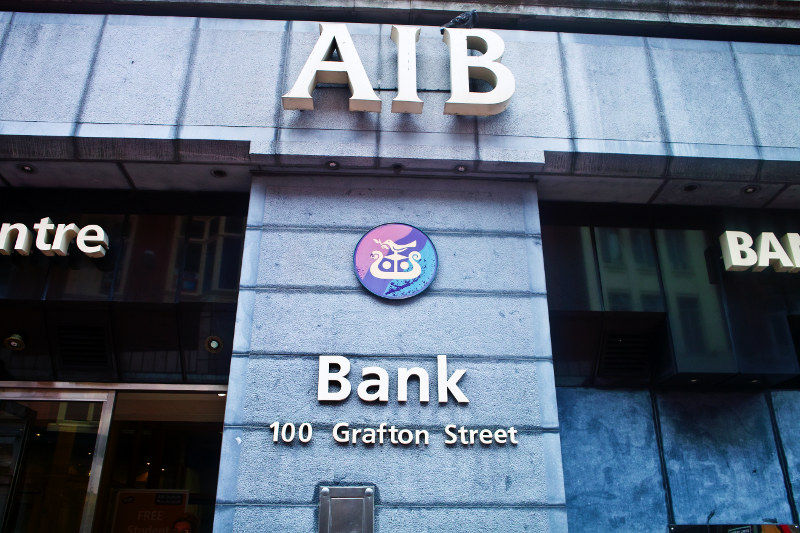 It was announced last week on Thursday [September 30, 2010] that the cost of bailing out AIB has reached €29.5 billion, which might in fact be €34 billion; and that the total cost of the bailout could be €46 billion, some 32% of Gross Domestic Product. The implications of this are a recipe for class struggle and massive turbulence within the state.

The size of the black hole was within the expectations that had been created, no doubt by leaks and off the record briefings, over the last few days. The scale of the problem is incredible, it amounts to €11,000 for every man, woman and child in the state. The government’s plan is very straightforward. Working people will be forced to pay the bill. Brian Lenihan is preparing a four year budget plan which will detail further draconian cuts and tax rises. But the important thing to consider is that this is the next stage of an austerity programme which is likely to last for a generation. Irish capitalism has reached an impasse. This will have enormous political and social implications over the next few years as the crisis will have an impact on the psychology of the working class, the middle class and the bourgeois. The effects of the crisis are reflected in the plummeting support for Brian Cowen and the FF-led coalition.

Irish debt is now four times the size of GDP; this is the background to the huge instability which has been reflected in the ongoing crisis over the last two years. The extent of the problem will place more and more pressures on the public sector. Already there have been a series of barbed comments and attacks on the Croke Park Deal from the bourgeois and from the press. The truth is that a four year moratorium on wage cuts represents an obstacle in the way of the bosses and the FF. The agreement contains a clause that would allow the deal to be revisited next year. There is no doubt that by that stage the crisis in the state’s funding and the black hole created by AIB will place enormous stress on the “Public Service Agreement”. The Public Sector workers will have no option but to fight back under these conditions.

While the announcement of the scale of the problem at AIB has put paid to the speculation over the actual amount, it does nothing to deal with the underlying issue. The European Central Bank may have promised not to “let down” the Irish. But, the logic of finance capital and the reliance of the state on a bunch of parasitic speculators to raise funds on the bond markets means that the long term future of the Irish economy is neither fixed or safe on the basis of capitalism.

The reason that the Irish banks were so exposed is clear. The credit boom during the tiger years fuelled a huge amount of speculation in development and construction. The banks overextended themselves in what was essentially a saturated market and when the economic crisis broke in the United States the whole house of cards came crashing down. The Irish banks are relatively small by international standards and as such were at a huge disadvantage when the economic storm broke. The Irish economy also is hugely reliant on trade and as such suffered dramatically in the face of the economic tsunami. The effects of the crash in Britain have had a marked effect economically as the £ Sterling has fallen against the euro, resulting in Irish exports to Britain rising massively in price. The advantages of the euro zone during the boom has turned into its opposite as the euro has become a straitjacket. The problem for the bourgeois in the various European states is that their economies have fallen out of step and the contradictions between the different states which had been masked by the boom have re-emerged. This combined and uneven development is being expressed in the bond markets and in conflicts between the German and French bourgeois and the weaker economies, particularly Greece.

Brian Cowen and the Fianna Fáil are in deep trouble. The crisis over the last two years has been bad enough in itself. The government is hanging on by a thread in the Dáil. TD’s have challenged the decision to postpone the by-elections again and a court case is pending to force a ballot. 61% of voters in a recent poll want Cowen to go before the election with only 29% saying he should stay on as Taoiseach. What is particularly important however is that the Fine Gael are not the main beneficiaries of the political crisis. They are lagging well behind Labour which is now on 33% in the polls ahead of FG and FF who are both stuck on 24%.

The growth in Labour’s support reflects the fact that FG has no credible alternative to the FF/Green Coalition’s programme. But on the other hand there is a far more important factor at play. The radicalisation of the working class during the last two years and the political impasse has resulted in the working class moving in a political direction which is being expressed through a big growth in support for Labour, particularly in Dublin. But this growth in support doesn’t mean that Eamon Gilmore is a great socialist leader or a reincarnation of James Connolly far from it. Gilmore has consistently failed to present a clear socialist programme. The contradiction between pressure from below and prevarication and weakness at the top in the trade unions and in the Labour Party also will be reflected in growing criticism and pressure to move the movement towards the left.

It is possible that the Government could fall apart over the next period, although it is perhaps more likely that the FF will bank on a leadership “Regime Change” with Brian Lenihan becoming Taoiseach. But that would only represent window dressing. Lenihan is just as much to blame as Cowen for the current crisis and the onslaught on the working class. The most likely outcome of a general election seems to be a Labour/FG coalition with labour as potentially the biggest party.

Labour needs to build on its standings in the polls, by standing full square for the interests of the working class. Labour needs a socialist programme and must challenge the capitalist system itself. Nationalisation of the banks and big industry on the basis of workers’ control and management is the only way to cut across the anarchy of capitalism and the impasse in Irish Society.