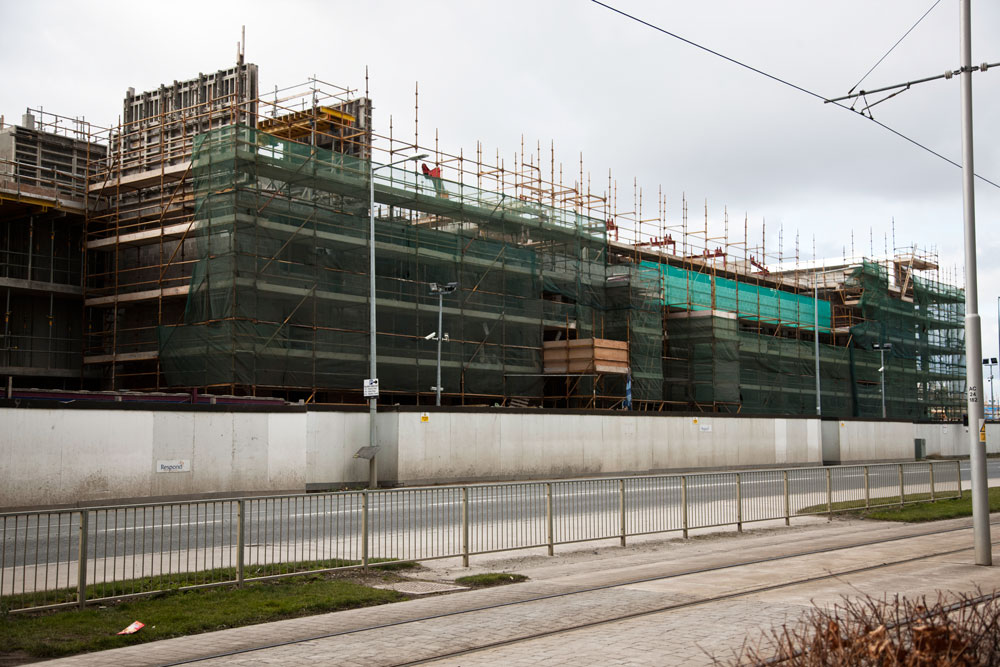 The Nama Wine Lake Blog recently exposed the scandalous statistic that while there are some 300,000 vacant houses in the state, there are still some 100,000 households on the list for state housing. Nama Wine Lake estimates that this represents a minimum of 176,147 people. Even a very conservative estimate of the “overhang” of vacant properties – excluding holiday homes indicates that there are some 100,000 vacant homes - 23 -33,000 of which are on the so called “ghost estates”.

These figures illustrate the madness of capitalism. There are thousands of ghost estates across the land. They represent the frenzy of speculative building that took place during the Celtic Tiger period. It is estimated that at one stage the building industry represented 25% of the economy.

The collapse of the economy at the end of the credit boom and the massive rise in unemployment means that there is huge pressure on families. Many of whom have been forced to look for state housing aid.

As this table illustrates: 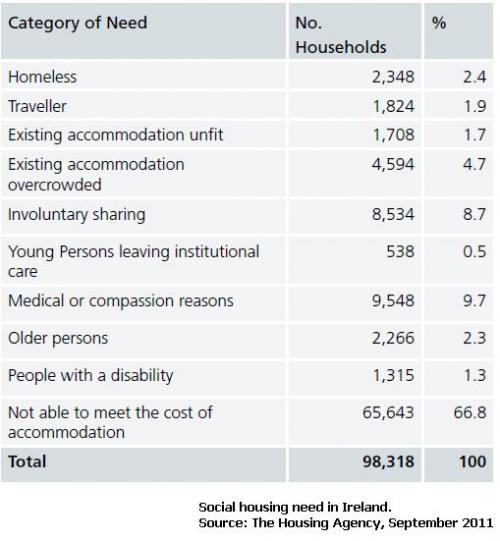 The net result of these two factors, even after the net effect of emigration which is back to a very high level once more, is a national disgrace. Now, instead of housing the homeless the property developers have started to knock down houses that they can’t sell. Last week in County West Meath an estate was bulldozed and levelled in Ballynagore, there are 1,285 households on the waiting list. At the same time just 32 kilometres away in Athlone there are 1,417 more.

Karl Marx and Frederich Engels’ masterpiece the Communist Manifesto described exactly the sort of situation that exists today in the state:

“Society suddenly finds itself put back into a state of momentary barbarism; it appears as if a famine, a universal war of devastation, had cut off the supply of every means of subsistence; industry and commerce seem to be destroyed. And why? Because there is too much civilization, too much means of subsistence, too much industry, too much commerce...

“The conditions of bourgeois society are too narrow to comprise the wealth created by them. And how does the bourgeoisie get over these crises? On the one hand, by enforced destruction of a mass of productive forces; on the other, by the conquest of new markets, and by the more thorough exploitation of the old ones. That is to say, by paving the way for more extensive and more destructive crises, and by diminishing the means whereby crises are prevented.”

Despite all of the propaganda of the bosses to the contrary, Capitalism is an incredibly wasteful system, wasteful of resources yes, but wasteful of the skills and energy of working people and the youth. In a sane society the empty houses would be used to house the homeless. The empty factories would be opened for workers to go to work and the economy would be democratically planned to meet need, not just on a national, but on an international scale.