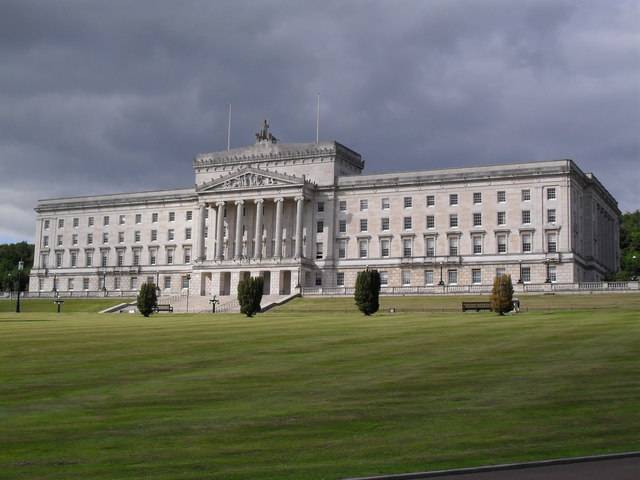 As Brexit negotiations grind to a halt, big business is entering panic mode. A no deal, “train-crash” Brexit - the one scenario that capitalism wants to avoid at all costs - looms large. And caught on the tracks is Ireland, the only country that shares a land border with the UK.

The question of the 310 mile border between the North and the South of Ireland has become a Gordian Knot in negotiations. None of the parties involved want a “hard” border - neither Britain, or the EU, or Ireland; neither the Tories, or the DUP, or Sinn Féin. And yet the logic of the situation is leading inexorably in this direction.

Despite agreement on a “Common Travel Area” covering Ireland, if the North of Ireland is not to become a bridge between the EU and Britain, there will have to be some sort of passport and customs checks. This means a border along miles of countryside where none is currently visible and which is crossed every month by nearly a million people going about their daily lives.

With a hard border will come economic turmoil, along with political and social instability.

The economic impact alone would be difficult to quantify. Twenty percent of Ireland’s trade is with its closest neighbour. This figure however hardly tells the whole tale. Ireland is one of the most dependent economies in the world, completely in thrall to foreign capital. A tax haven island, it has become a stepping stone into Europe for multinational tech and finance giants.

Such companies are deeply intertwined with financial centres like London, and their British and Irish operations are completely fused. Furthermore, Irish exports to the rest of the EU are reliant on many part-finished goods originating in Britain; as such, it would not be trade with Britain alone taking a hit. Some have estimated that if no trade deal is arrived at between the EU and Britain, Ireland would lose some €5.5 billion in exports and up to 10% could be wiped off its GDP.

Ireland has had a number of tasters already of how - as a small nation dependent on foreign capital - it can end up being crushed between the competing interests of giant imperialist blocs. The EU’s ruling against Apple, forcing it to pay back taxes to Ireland, was one such escalation of protectionist measures between the EU and the US. The Irish government’s refusal to accept this cash threw its complicated position into sharp relief.

The bust up between the US aerospace giant, Boeing, and Canada’s Bombardier, meanwhile, has placed 4,000 jobs at risk in the North of Ireland.

The situation for domestic capital is even worse. Britain represents more than 50% of exports for Irish agribusiness and Small and Medium Enterprises (SMEs). Irish farming in particular could be completely annihilated in the coming years. In its most recent budget the government proposed to spend €330 million on loans to keep SMEs afloat - a drop in the ocean relative to the black hole left on balance sheets. The petty bourgeoisie is going to be made to squeal under Brexit’s impact.

But what can the Irish government do to avoid disaster? They face a crisis of gigantic proportions but are out of ammo after using everything in the public coffers to get out of the last crisis. Ireland was heralded as a miracle case on account of its sharp recovery following the 2008 recession. However, the other side of this coin is its greater exposure to future shocks.

The prospects for the Irish ruling class are bleak. Caught between the EU and the US on the one hand and the EU and Britain on the other, in a period of growing protectionist tendencies, they are going to be forced to jump one way or another.

At the moment Taoiseach Leo Varadkar has come down hard on the side of the EU, but the ruling class is being pulled in all directions. As yet no serious sections of the Irish ruling class are contemplating leaving the EU, although some are uneasy at Varadkar’s tough rhetoric towards London.

The picture of Britain being made to suffer outside of the EU is bound to provide a hefty inoculation against the idea of an “Irexit”. However, a strong undercurrent of anti-EU feeling already exists following the EU bailout some years ago, which was in reality a bailout of French and German bondholders, and the austerity that accompanied it. This feeling was expressed in the No vote in the 2009 Lisbon Treaty referendum, which the Irish ruling class merrily ignored. Any perception of Ireland having been sacrificed to the EU’s interests will only feed these moods.

In the North the impact will be even worse. Beyond the economic impact of import and export controls, the question arises of the social and political impact of a hard border. Already the collapse of the institutions in the North and the unprecedented polarisation of the NI Assembly and general elections earlier this year have laid bare how the sectarian divide has continued to fester.

A hard border, with border crossings and customs posts, will present dissident republicans with a gift of a target for their armed campaigns. Such a scenario raises the spectre of British troops being once more deployed to protect the border. Under such a scenario the Frankenstein’s monster of loyalist sectarianism would raise its ugly head, attempting to whip up a carnival of reaction.

With such a future rushing towards them, none of the parties of the North want a hard border but none of them are able to do anything about it. For months now the two biggest parties, Sinn Féin and the DUP, have been playing games over the question of reviving power sharing. The clock has nearly ticked down and Westminster have been forced to step in and set a budget; the first step towards direct rule from London.

The stumbling block? Sinn Féin will not enter into a power-sharing government unless the Irish language is given official recognition. The DUP’s response? They won’t recognise the Irish language without Ulster-Scots being given a similar recognised status.

Such a “sticking point” has all the appearance of puerile bickering. In fact, it has nothing to do with the collapse of the Stormont Executive. Rather it was the collapse of the institution’s authority after years of austerity and corruption scandals that forced Sinn Féin to pull the plug without having any perspective of where to go next.

A feeling is now developing among ordinary people that their political representatives are fiddling whilst Rome burns. Even worse, there is suspicion that they are directly profiting from the impasse.

Despite the Executive being suspended, MLAs continue to claim their fat wages and continue to make use of Stormont’s fleet of luxury chauffeur-driven cars. When one audience member at the October BBC Question Time held in Northern Ireland brought attention to these facts and asked whether “the MLAs on the panel feel any sense of embarrassment”, the hall erupted in unanimous applause.

“Moderate”, “centre-ground” unionism is in an intractable crisis. They have nothing to offer the Protestant working class. Years of economic decline, compounded by austerity, have sown feelings of disenchantment, betrayal, and alienation from the political elite throughout working class Protestant communities.

With no other props to stand on, the DUP have ratcheted up their sectarian demagoguery. However, with direct rule looming and the DUP exercising unprecedented influence at Westminster, any goodwill that it enjoys in working class communities is bound to wear thin.

Meanwhile, Sinn Féin are anticipating that a disastrous Brexit will lead to a clamouring for a border poll, and even the softening of attitudes among a portion of the Protestant population on the question of Irish reunification. Indeed, at present 60% of the population of the North are in favour of a border poll in the next 10 years. Whilst polls held recently put support for reunification at 33%, this figure jumps to 46.4% under conditions of a car crash Brexit.

We have seen however that the South itself cannot be insulated from the catastrophe facing British capitalism, which is being incompetently managed by a senile British ruling class. As such, the prospect of a reunification of Ireland on a capitalist basis can do nothing to undercut sectarian divisions; even with a majority for unification, a sizeable minority would bitterly oppose such a step.

All of the “achievements” hailed by the Good Friday Agreement - of peace, freedom of movement and economic prosperity - are falling to pieces under the blows of the capitalist crisis. These things cannot be guaranteed under capitalism. This system offers only immiseration, uncertainty and violence for workers and youth. Only a socialist revolution across these islands can offer any alternative and finally end the border in Ireland and the nightmares of sectarianism and poverty.