A short report on last weekend’s commemorations of the 1916 Easter Rising. This year the International Marxist Tendency was present at two of the commemorations in the north, and this report gives an assessment of the state of the republican movement at this juncture. 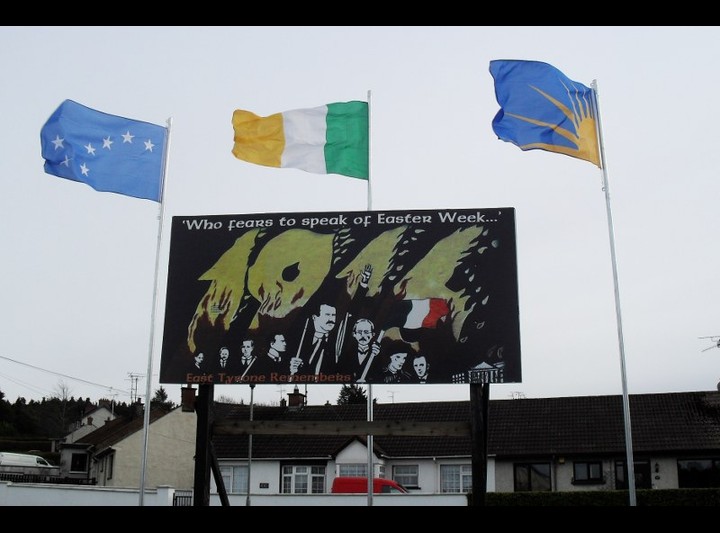 The Easter rising is the most important event in the revolutionary history of Ireland, an anti-imperialist insurrection that predated the February revolution in Russia by several months. This Easter is of especial importance because of the political situation in the north, the impasse in Stormont, is causing the Provisional Republican Movement to stagnate and splinter as it comes under pressure from below, while the Irish Republican Socialist Movement is going through a process of re orientation towards the working class movement in the hope of building a socialist alternative. This is an important development, since it raises the issue of working class political representation in the north. For too long petit bourgeois republicanism and unionism have held sway north of the border.

This year the International Marxist Tendency was present at two of the commemorations in the north, and this report gives an assessment of the state of the republican movement at this juncture. It also gives some indications of the differences between the various strands of the Republican movement.

Easter for Irish Republicans, is a time of both mourning and optimism. During the height of the troubles, the Easter commemorations of the 1916 rising were not so much a celebration of the revolutionary spirit in Irish history, rather a dark period for families of those who gave their lives, knowing full well that personal sacrifice alone could not bring about the Irish revolution.

It is with genuine pride then that socialist republicans marched with their heads held high behind the red flag and the Starry Plough up the Falls Road in Belfast on Easter Sunday. A crowd of over 300 committed socialists, ex-volunteers and youth made their way to Milltown cemetery to honour those who have given their lives for Irish freedom and the socialist revolution. 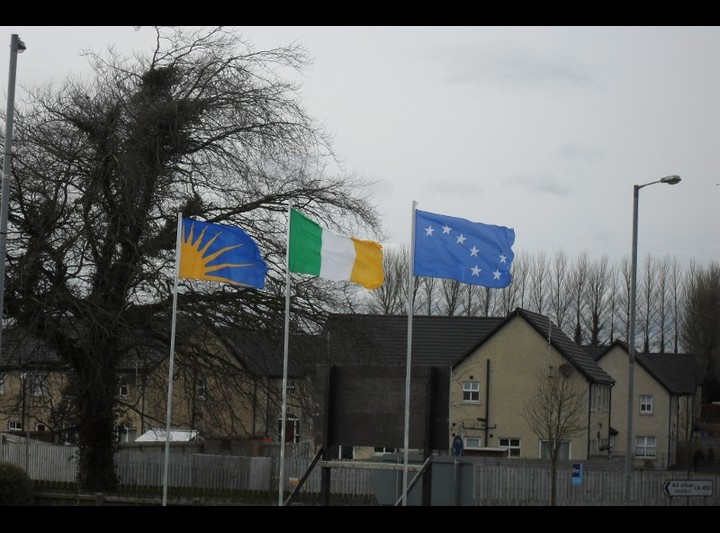 Wreaths were laid by ex-volunteers, families of the bereaved and comrades from around the country. After the singing of the Irish national anthem there were various speeches from Irish republican socialists from America, the ‘Republican Socialist Youth Movement’ and the current leadership of the IRSP.

The message of the day was clear: that the Irish republican socialist movement is committed to peaceful political struggle in this current phase of Irish history to further the cause of socialist revolution. There was a firm assurance also to the pursuit of class politics and an urge for republican socialists to become involved in the labour movement, to allow the movement to grow from strength to strength and to recruit workers and youth to the struggle for socialist revolution in Ireland and worldwide. After the rejection of the military struggle, now the movement is seeking to build on the revolutionary tradition of republican socialists such as Connolly, Larkin, Costello and Ta Power. From the point of view of Marxism, this is a very positive step. There is a long revolutionary tradition in Ireland that has become confused and derailed by petit bourgeois militarism and the dead end of individual terrorism, A class based political programme and a reaffirmation of the central role of the working class would have the potential to politically arm the trade unions and the youth and lay the basis for a mass socialist alternative. There is after all only one majority in the North the working class.

Compare the political mood at the republican socialist gathering, to that of the Sinn Féin one. Gerry Adams, who was the main orator, used this opportunity to throw around some empty left rhetoric and also to warn off any challengers to his leadership of Sinn Féin, in light of the recent media accusations surrounding him. It was almost an apolitical affair. There were reports also of a mere 300 people turning out to the Sinn Féin commemoration in Carrickmore in Tyrone. This is traditionally one of the largest events on the Tyrone republican calendar and the low turnout suggests disillusionment amongst the mass of people with the direction of the republican movement under Sinn Féin. Sinn Féin have also attempted to brand any independent republican celebrations as mainly dissident infiltrated affairs, and especially in Tyrone, this has gone down very badly with many of the volunteers’ families.

On Easter Monday, there was also a significant gathering at Milltown cemetery in Belfast for the eirigi commemoration. 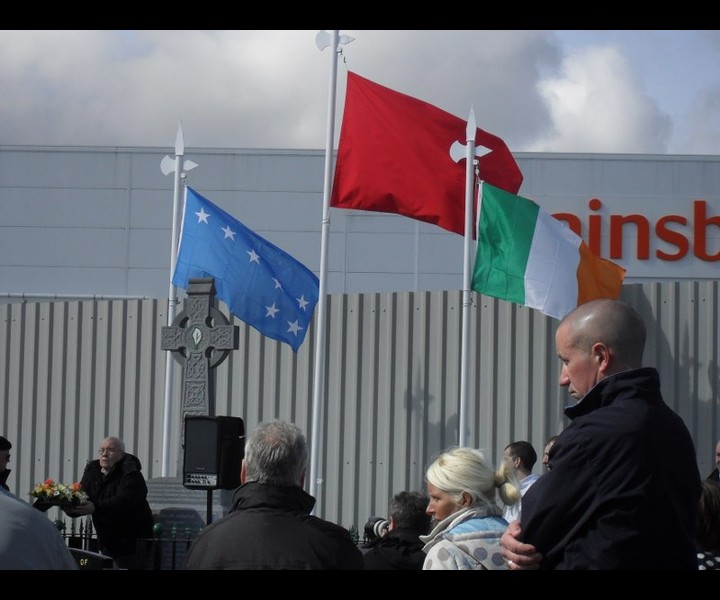 Throughout the weekend, the best elements of the Irish socialist republicans have not only preached of the heroism of the 1916 leaders and volunteers, but have also stressed the importance of learning from history and sought to show that the working class are those who carry the torch of revolution into the next phase of struggle in Ireland. We are the only class who have neither property nor nation, nor any of the corrupt desires of the bourgeoisie or the ruling class. This is the key revolutionary component of Irish Republicanism, it is also the point of departure from narrow petit bourgeois nationalism and the futile militarism of the dissident republicans.

The dissident republicans planted a few devices in the Ballymurphy area of Belfast and a liquid bomb in Crossmaglen on Sunday. On Monday they planted one on the main motorway, one in Portadown and one on the Lurgan-Dublin railway line. Their Easter message was that they are committed to being a threat to the “rule of law” and also liability to innocent people. These contributions to the proceedings are counterproductive and futile. Irish history shows us that petty bourgeois terrorism is a blind alley and that only the mass workers’ movement led a by a conscious revolutionary leadership represents any significant prospect for change or any major threat to imperialism. James Connolly’s writings and the whole of his political activity bear witness to this.

Fightback maintained a presence throughout the weekend, at both republican socialist events selling our journal and also engaging in political discussion with many youth and workers interested in the ideas and methods of the International Marxist Tendency.

The mood amongst the best republican socialists now is one of hunger to build, desire for revolution but also the patience to organise. Fightback has made important steps in forging links with the youth and some of the most experienced in the movement and we are looking to the future with confidence. One thing is for sure however, that is that it is impossible to ignore the history of Ireland or to pretend that everything can be reduced to simple economic demands. To win the best of the Republican Socialists to Marxism we need to maintain an intransigent class position; as Connolly understood, there is no solution to the national question on the basis of capitalism; the socialist revolution must be the primary goal of the movement.