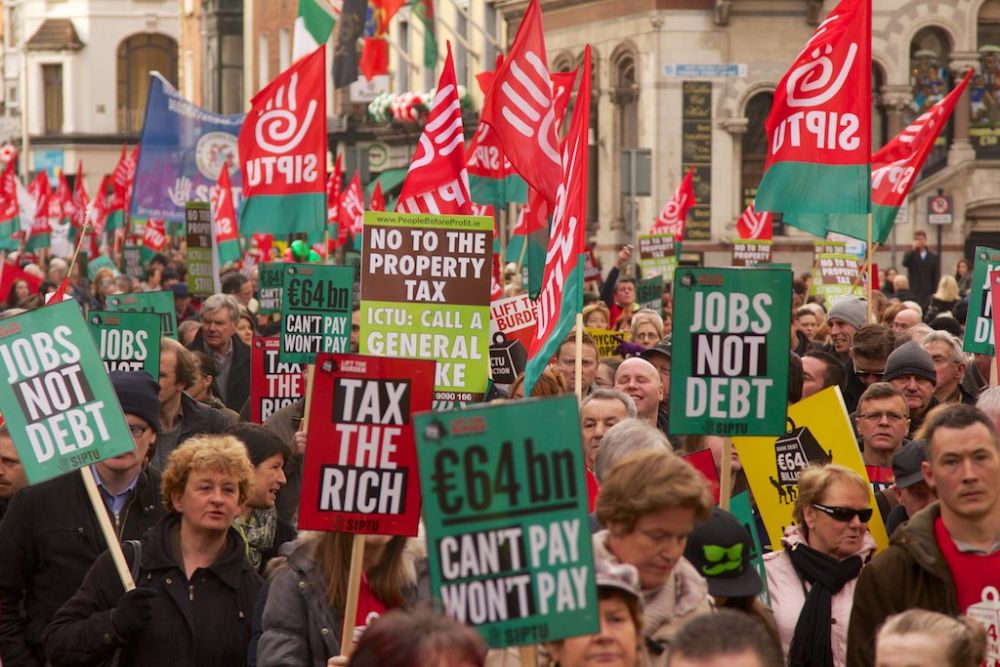 Several public sector as signalled that they are willing to fight the Croke Park 2 deal. This could set in motion a domino effectof more unions voting for strike actions.

The decisions made by CPSU, the Teachers unions and now the University lecturers to fight the imposition of pay cuts combined with government pronouncements and threats, seem a sure sign that the battle over Croke Park 2 is set to escalate. The mood among the public sector workers has hardened significantly. It is most likely that the opposition to the proposals will transfer into further votes for strike action.

The government seems determined to face down the unions, but that is a risky strategy. While the Labour TD’s have been very quiet in the main, the prospect of a protracted battle over pay could easily raise the temperature. The votes against the Croke Park 2 proposals reflect pressure from below on the trade union leaders. If the Labour leaders expected that all which would transpire would be a cozy chat with the trade union tops, then they will have been sadly disappointed. The members have clearly seen through the proposals, and the trade union leaders, especially Jack O’Connor - who argued that the proposal was all that was on offer, will have to adjust their position to reflect that.

The coalition is determined to save €300 million each year through these attacks on wages, terms and conditions. But are they prepared to risk an all out conformation with all of the public sector workers? The prospect of a statutory wage cut will be more than enough to concentrate the minds of even those workers who voted to accept the Croke Park 2 proposals.

€300 million sounds like a great deal of money, but in comparison to the size of the state finances and the money that has been used to bail out the banks already, it is but a drop in the ocean. In June 2012 the “progress report” on the outcome of the first two years of the original Croke Park agreement suggests that it “saved” €1.5 Billion. While we have serious doubts about the changes imposed via the first agreement, we would have to ask why attack the public sector workers once again? Is it necessary?

In 2009 the big trade union leaders could sell the deal to their members on the grounds of the great uncertainty that was hanging over worker’s heads. How many more crisis budgets, wage cuts and levies could people take? Likewise the government was desperate to gain some time to beg for a bailout from the Troika. These days, Noonan is trying to find a way to improve the “Junk Bond” status that Moody’s credit agency still holds on Irish Debt. The intention is to extend the “maturities” on the bailout bonds, the situation is much more stable. No doubt the Croke Park 2 attacks on wages and conditions are part of the same process. Likewise the "promissory note" according to reports may reduce the interest rates on the state debt.

However, this relative stability in the state could be undermined by the government provoking a big battle with trade unions across the whole of the public sector. In reality the trade unions have all the cards. An intransigent, militant, class position could kick these savage attacks out of the ground. The efforts of every active Marxist, socialist and trade union militant should be concentrated on maximizing the opposition to any attempt to impose cuts by statutory or any other means.