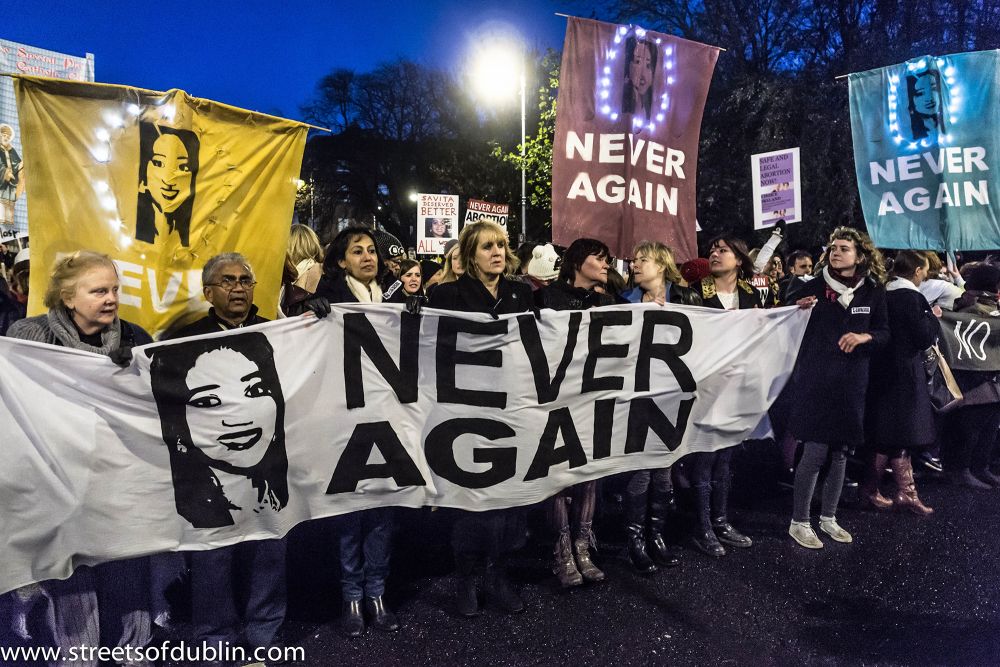 There were celebrations in the streets of Dublin as the conservative establishment in Ireland was dealt another heavy blow. The landslide vote to repeal the 8th amendment, which banned abortion in Ireland, follows the unexpected 'yes' result in the gay marriage referendum three years ago.

This is a decisive defeat for the catholic church and reaction in Ireland. The result, which gave 66.4 percent to yes, is exactly the opposite to what took place in 1983 when the 8th amendment was introduced to the Irish constitution, by a result of 67 to 33. This is a sea change in Irish politics.

The no side was hoping that the rural areas would rally to their cause, but, aside from Donegal, all constituencies voted yes with comfortable majorities. Roscommon-Galway, which was the only county to vote no in the gay marriage referendum, voted yes in this case, with 57 to 43. Dublin voted 75.5 percent for yes and in all the Dublin constituencies at least 70 percent voted yes. So, although the urban areas led the way, no was decisively defeated in almost all the rural areas as well.

Women and the youth, as expected, voted yes. According to the exit polls, 72 percent of women voted for repeal, and the 18-24 age group voted yes vote by a whopping 87.6 percent, while 25-34-year-olds voted yes by 84.6 percent. Only the over-65s voted no in majority, with 58 percent supporting the keeping of the 8th amendment.

This represents a decisive rejection of the Catholic Church and the conservative establishment. The bourgeois politicians, who for decades have defended the status quo, has been forced, begrudgingly, to attempt to put themselves at the head of the movement. This in order not to be dragged down along with the Catholic Church, which is widely discredited.

Even the no campaign attempted to avoid bringing the church into their campaign because of how badly it has been discredited. Priests were discouraged from using the pulpit for propagandising, and the campaign tried to avoid religion.

The government is now rapidly going to introduce legislation to make abortion up to 12 weeks legal, and beyond that under exceptional circumstances. This will bring Irish legislation up to the same level as most of Europe. Still, the campaign is far from over. The no side has promised to resist the introduction of medical services to offer abortion. In their statement today they wrote:

"What Irish voters did yesterday is a tragedy of historic proportions. However, a wrong does not become right simply because a majority support it."

This is an implicit threat to picket and terrorise both doctors and patients. The details of how provision will actually look, where it will be available etc. will still remain to be fought over. The vote also raises the question of the right to choose in the North, now the only part of the British Isles where abortion remains illegal. The result of the referendum will reverberate around the world and encourage pro-choice movements in other countries.

For Ireland, together with the gay marriage referendum, this is the beginning of a new epoch in politics.