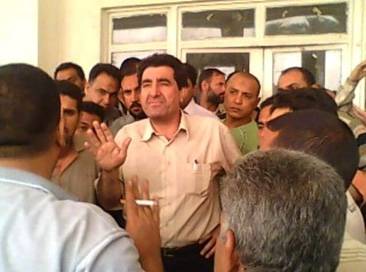 We received these short news items on significant labour struggles in Iraq in the oil industry in Basra, and a gathering of the Electricity workers in Nasiriyah. We publish them for the interest of our readers. They show that the Iraqi labour movement is beginning to recover from the devastation of recent years and achieving important victories.

The Ministry of Industry and Metals has accepted to recommend the Iraqi parliament to issue instructions to the Ministry of Finance, in order to assure the required amount for the payments.

Demonstration of the electricity workers in Nasiriyah 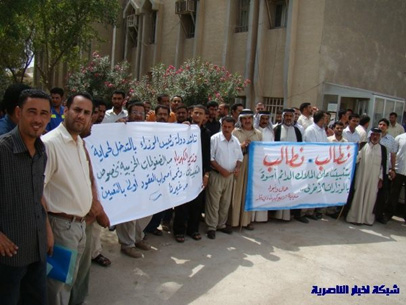 The gathering of the electricity workers in Nasiriyah. On April 28th the workers who are working according to the daily wages system, in the electricity distribution sector in Nasiriyah, held a gathering. The demonstrators called for changing the system of employment, to consider them as permanent employees.

Ahmad Salim, of the FWCUI, one of the leaders of the gathering, told the media "This demonstration is pressure on the authorities, to oblige them to give answer to the workers' demands. One of the workers, Khidhir Bani said, "The main drive to this gathering is the very low level of wages; we are receiving only 4.000 Iraqi Dinars", (4.000 I.D equals less than US$3.5), adding, " we cannot live with these wages".