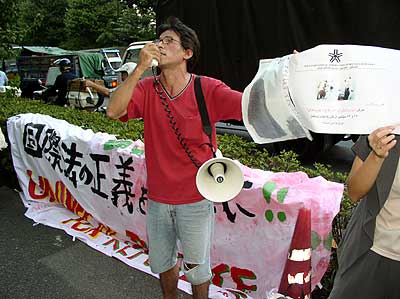 A longstanding Iranian activist, Jamal Saberi, living in exile in Japan risks being deported back to Iran where he could face execution. March 31 has been declared a day of protest in support of his application for asylum. Organise outside Japanese embassies and consulates and add your voice to the protest. 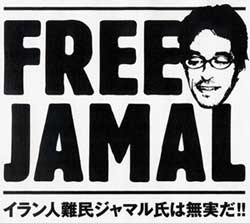 The name Jamal Saberi is known to a lot of people, especially in Iran and Japan. He is an Iranian refugee who has been living in Japan for years and is known as a tireless communist activist who has fought against the Islamic Republic and racist, anti-immigrant policies of the Japanese state.

The determination and personal qualities of Jamal are exemplary for a communist. He, as far as this author knows, is the only member of the Worker-communist Party of Iran in Japan but has single-handedly managed to organise, for instance, dozens of Japanese communists and activists for demonstrations in front of the embassy of the Islamic Republic in Tokyo. At the same time, he has been a tireless fighter for the rights of refugees in Japan and his case is very well known among the Japanese left as he continues to seek political asylum against a government that seems intent on not granting him any concessions.

This is why it was both surprising and not surprising when we heard that he is being considered by the Japanese Ministry of Justice for deportation back to Iran, where he would immediately face risk of nothing less than execution.

It is surprising, because one cannot believe how shameless the Japanese government can be and how it can dare to select a major, well-known anti-regime activist for deportation to the Islamic Republic... and this after people the world over have seen over the last few months, how this bloody regime deals with its revolutionary opponents (especially members of communist groups).

On the other hand, it is not surprising because the Japanese state seems to be fully aware of the fact that this is a pivotal case and therefore wants to free itself of Jamal for he understands that a victory for him would be a blow against the barbaric, anti-worker immigration system in Japan. They seem to be agreeing to this disgraceful deal with the Islamic Republic as long as they can rid themselves of a particularly outspoken communist activist!

This is why it is important to fight for Jamal’s freedom and release from prison. Hambastegi, the International Federation of Iranian Refugees, has declared March 31 as a global day of action against Japanese immigration policies and for Jamal’s freedom. People will gather in front of Japanese embassies and consulates on March 31 to express their strongest objection at the Japanese government’s treatment of refugees, which is a way of dividing the working class between “native” and “immigrant”.

You will find more detailed information on this campaign at freejamal.blogspot.com where you will also find details of how to get protest letters to the Japanese authorities.

We call on all our supporters to add their voices to this campaign and make the release of Jamal from prison, stopping his deportation and winning him refugee status he has been seeking for years, as the first step toward a working-class fight against the racist immigration laws of the Japanese state.