Details
In Defence of Marxism
17 September 2009 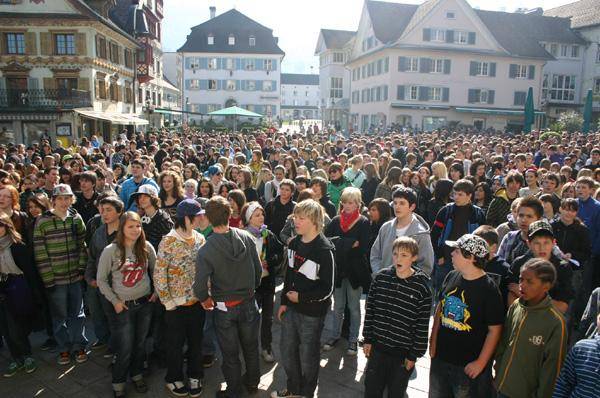 In the provincial elections in Vorarlberg Lukas Riepler, the chairperson of the Young Socialists and also a supporter of the Austrian Marxist tendency Der Funke, is standing as a candidate on the SPÖ list. He is campaigning on a Marxist programme and getting an important echo among workers and youth. Here we provide a report and the interview he recently gave to the German newspaper Junge Welt. 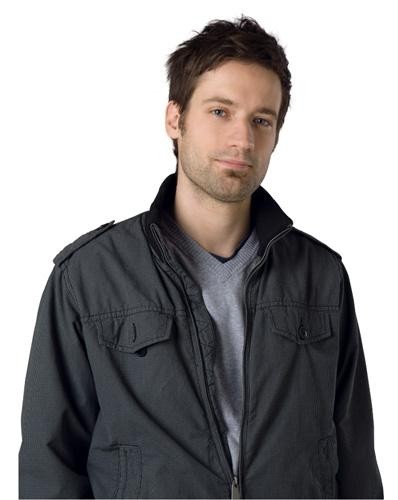 Lukas Riepler (24 years old) is the chairperson of the Young Socialists (Sozialistische Jugend, or SJ) in Vorarlberg, an Austrian province bordering Switzerland and Germany, and also a supporter of the Austrian Marxist tendency Der Funke. He is standing as a candidate of the SJ in the elections to the regional parliament on September 20. Lukas is standing on the list of the Social Democratic Party (SPÖ) on his own political platform ‑ the platform of the SJ. His goal is to defend uncompromisingly the interests of the workers and youth.

The main slogan used in his election campaign is: “We will not pay for your crisis!” His platform is developed from this slogan, and includes: the fight against unemployment with the call for the opening of the account books of companies that threaten to lay off workers in order to see where the profits of the last years have gone, together with the demand for a publically owned company to take over bankrupt companies run by the regional government and under the control of its workers. Other demands are for a minimum wage of €1500 and a redistribution of wealth, including funding for the social security and pension system instead of bank bailouts as well as a tax on property and speculation. Other important demands are for free childcare and a unified comprehensive school system for all youth between the ages of 6 and 18 and better working conditions and full democratic rights for apprentices and cheap accommodation for all youth. Moreover he stands for the idea of a “workers’ MP on a workers wage”. And in contrast to the extreme right-wing FPÖ which has mounted an extremely xenophobic campaign, the platform includes the demand for equal rights for all people living in Vorarlberg.

The Vorarlberg SJ has organised a campaign of preference votes for Lukas Riepler. The aim is to get as much support as possible for a socialist programme against the crisis. Facing a total media blackout, the comrades have produced three series of leaflets, 40,000 in all. So by the end of the campaign our ideas will have reached about 15 percent of the electorate at least once. In the last few weeks the comrades of the SJ have been regularly distributing the election programme in front of all the major factories in the region and in the working class neighbourhoods. They will have leafleted at least once 35 of the main factories in the region.

As the school year started this week, the comrades also launched the campaign in all 29 secondary schools in the province. They produced a special leaflet for school students, arguing that a vote for Lukas is a way of continuing the spring movement for the defence of public education. Starting on March 18 the comrades of the Vorarlberg SJ that promoted a series of five strikes and demonstrations that, together with the teachers’ protest, forced the education and finance ministers to partially back down. So in this leaflet the comrades are not only calling for a preference vote for their candidate, but are also making an appeal to all schools students with a fighting spirit to stand as candidates themselves in the coming school spokesperson elections.

To become a member of the regional parliament Lukas needs several thousand votes. Given a series of factors, including the fact that the overall mood towards the Social Democratic Party is not of the best, and also because of the electoral system that separates the area into four electoral constituencies, where Lukas’s name only appears printed as a candidate in one of them, whereas in the three others voters have to write his name correctly on it, the comrades correctly believe that this task will be more than difficult to achieve.

However, the main objective of the election campaign is not to get a seat in the regional parliament, but more importantly to popularize the ideas of Marxism and get in contact with as many workers and youth as possible. And from this point of view this election campaign has already given very promising results. At every intervention we find workers and youth who are very sympathetic towards our programme. Especially receptive are factory workers who very rarely are visited at their gates during elections. At every intervention several workers promise us their vote, and take leaflets to redistribute. Also in the schools, first reports seem to indicate that the leading role played by the regional SJ in the spring movement has not been forgotten. So, whatever the result will be in terms of numbers of votes, the campaign itself is helping to build up support for Marxist ideas within the labour and youth movement – which is the basic capital being accumulated by the young school students, apprentices and young workers organised in the Vorarlberg SJ.

Elections are taking place in the Austrian province of Vorarlberg – a candidate of the SPÖ (Social Democratic Party) is campaigning with Lenin. An interview with Lukas Riepler. The interview was published in the print edition of the German daily paper Junge Welt.

Junge Welt: You are standing as a candidate of the Socialdemocratic Party (SPÖ) in the regional elections in Vorarlberg, Austria’s smallest province. Your programme differs significantly from that of the mother party SPÖ.

Lukas Riepler: That is true. We do not believe there is a solution to fundamental problems such as unemployment, poverty and the misery of education within capitalism, because capitalism itself is the problem. We are pursuing a single aim in this election campaign: against the background of the deepest economic crisis since the 1930s we want to offer a voice for all the workers and for the young workers and students. 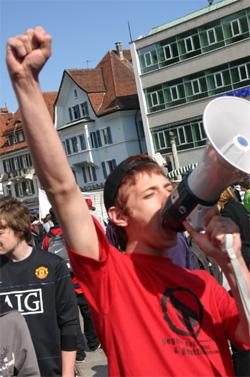 JW: What are your concrete demands now?

LR: For example we demand that any company that goes bankrupt should be taken over by the provincial administration ‑ so that the workers can keep their jobs and have a say in running their company. We call for a minimum wage of €1500, apprenticeships run by the province and the right to all-day childcare beginning from the first year of life.

JW: You used the portrait of Lenin in your election campaign and earned a telling off and the call to resign.

LR: The poster of Lenin advertised a party titled “Back in the USSR” that we organised in Bregenzerwald, the most conservative region of Vorarlberg. The media in Vorarlberg ‑ dominated by one single company that monopolises the main print, online and radio media - used this as an excuse to launch a campaign against us. All the other parties, from the extreme right-wing FPÖ to the Greens, joined in to attack the SPÖ and ourselves. But we are not too bothered by this.

Lenin represents the Russian Revolution of 1917 in which the workers and peasants liberated themselves from the Tsarist regime. It was the first example that showed that workers and peasants are able to take their destiny into their own hands, without the exploitation of a landlord or businessman. That is the reason for the ferocious reaction of the local bourgeois in Vorarlberg.

JW: You are campaigning on the most radical programme that Austrian domestic politics has seen for years. At the same time the SPÖ is carrying out the policies of capital, where it is in power. How is this compatible?

LR: In spite of its bourgeois leaders, the SPÖ is the only party where the influence of the trade unions and the traditions of the labour movement still play a role. Therefore, slowly, a struggle of living forces is beginning to emerge: The leadership wants to transform the party into another bourgeois party, while at the rank and file level the desire is to go back to the methods and politics that made the Social Democracy big in the past. The SPÖ has to go back to being an instrument of the political struggle of the workers. The Young Socialists stand for the building of a left-wing tendency.

JW: Vorarlberg does not seem to provide good conditions for the left. Since the 1970s the Austrian People’s Party (ÖVP), despite its absolute majority, has been in a coalition with the extreme right-wing FPÖ. And the SPÖ barely reaches 20%.

LR: Historically, the labour movement here has always found it difficult to free itself from this conservative stranglehold. And this in spite of the fact that Vorarlberg is the most industrialized province. Our weakness is at the same time the strength of the ÖVP. Therefore, we consider our election campaign in this province as an important contribution in strengthening the labour movement organisationally and linking it up with the youth movement.

(The interview was made by Samuel Stuhlpfarrer; read the interview in German on the website of Junge Welt.)