Share
Tweet
While at the Madrid Book Fair to launch his latest book, "Reformism or Revolution" Alan Woods was interviewed by the comrades of El Militante and explained that, "The Venezuelan Revolution (...) is not yet finished and cannot be finished unless the landlords and capitalists are expropriated and the workers take power into their own hands."

Read this interview in Spanish.

1. You are a person with a profound knowledge of the Venezuelan revolution and a strong supporter of the ideas of revolutionary Marxism. What are the reasons that caused you to write a book like this?

AW: The Venezuelan Revolution is an important point of reference for all who are fighting against imperialism and capitalism, for the socialist transformation of society. It is a great inspiration, but it is not yet finished and cannot be finished unless the landlords and capitalists are expropriated and the workers take power into their own hands.

For ten years the workers and peasants of Venezuela have shown their willingness to change society. But they face powerful enemies: not just the oligarchy and imperialism but also the enemy within: the Fifth Column, the bureaucracy and the reformists who wish to halt the Revolution.

One of the main spokesmen of this wing is Heinz Dieterich, who, under the guise of "revising" Marxism and replacing it with a supposedly new theory of Socialism of the XXI Century, is actually proposing the old discredited ideas of reformism. In order to take the Revolution forward it is necessary to answer these ideas and educate the vanguard in the ideas, programme and methods of revolutionary Marxism.

Incidentally, there are people like Dieterich in every country - including Spain... These "intellectuals" claim to offer new and original ideas. But despite all the noise they make, there is absolutely nothing new here: only a regurgitation of the old, antiquated ideas that they have fished out of the dustbin of history, dusted down and presented as something new. They are only a variant of utopian socialism, Proudhonism and anarchism, which were answered by Marx a hundred and fifty years ago.

2. In your opinion what practical consequences would there be for the Venezuelan revolution, if it were compelled to go in the direction that Hans Dieterich advocates? 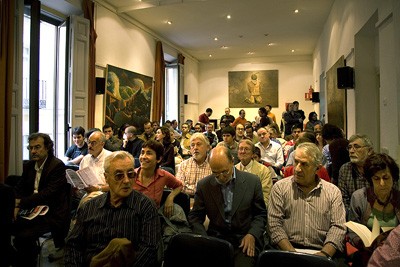 AW: The irony is that Dieterich thinks he is a great realist, whereas in fact his ideas of class collaboration are completely utopian. Experience has shown that all attempts to conciliate the class enemy merely strengthens and encourages reaction. You cannot make half a revolution. That always leads to defeat. Weakness invites aggression!

It is a law of revolution that it cannot stand still. It must always advance, striking blows against the enemy until it has conquered power. Those who say the Bolivarian Revolution has gone too far and must retreat are preparing for its downfall. As a matter of fact, the problem is that the Revolution has not gone far enough. It has left some of the decisive levers of economic and state power in the hands of the enemy. That is the problem!

The only real base of support for the Revolution is the workers and peasants. They are its real motor-force. They want socialism. But after all this time they are tired of endless speeches and parades. The defeat in the December referendum was a warning that discontent is growing. That represents a real danger for the Revolution.

3. After the nationalization of Sidor, where do you think the Venezuelan revolutionary process is heading in the short term and what are the most important tasks of the revolutionary Marxists? 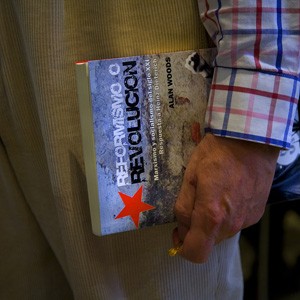 AW: We naturally support every progressive reform and every nationalization. But partial reforms cannot solve anything fundamental. Partial nationalizations will lead make it impossible for the market economy to function, without putting anything in its place. It will lead to shortages, a decline in investment, inflation and unemployment. This is already happening.

The Venezuelan capitalists will never be reconciled with the Bolivarian Revolution. They are constantly sabotaging the economy, creating shortages and hardship for the masses. In order to solve the serious economic problems that exist it is necessary to expropriate the land, the banks and the big industries under democratic workers' control and management. Then it would be possible to introduce a genuine socialist plan of production.

The Venezuelan Marxists are fighting for this programme - the only possibility to really achieve a socialist Venezuela. But it is necessary to win the masses to this programme. That is why we fight for Marxism in the Bolivarian Movement, in the PSUV. That is the only way.

4. How would you explain the need to get organized in the International Marxist Tendency to the workers and young people who read El Militante? 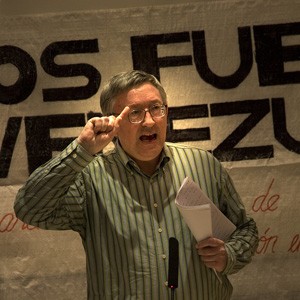 AW: Capitalism has failed everywhere. It cannot even feed the population of the world. We are facing a global crisis of the capitalist system, which condemns millions of people to poverty, hunger, disease and war. The only alternative to this diseased system, which threatens the very future of the human race, is world socialism.

Socialism can only be achieved through the conscious effort of the working class. The workers have tremendous power in their hands. But in order for this power to be effective, it must be organized. Without organization nothing can be achieved. It is the duty of every conscious worker and youth to help to build the vehicle that we need to transform society. This is particularly important for the youth, which is the main victim of the crisis of capitalism. The young people represent the future. They have most to lose if this monstrous system of oppression is allowed to continue.

We are fighting for the future of humanity, for a decent world in which men and women will cease to be slaves and raise themselves to their true stature as free human beings. That is the only cause worth fighting for in the 21st century. I invite all the readers of El Militante to join us in this struggle. Join El Militante! Join the International Marxist Tendency! Together we can vanquish all obstacles and change the world!