Details
In Defence of Marxism
02 August 2018 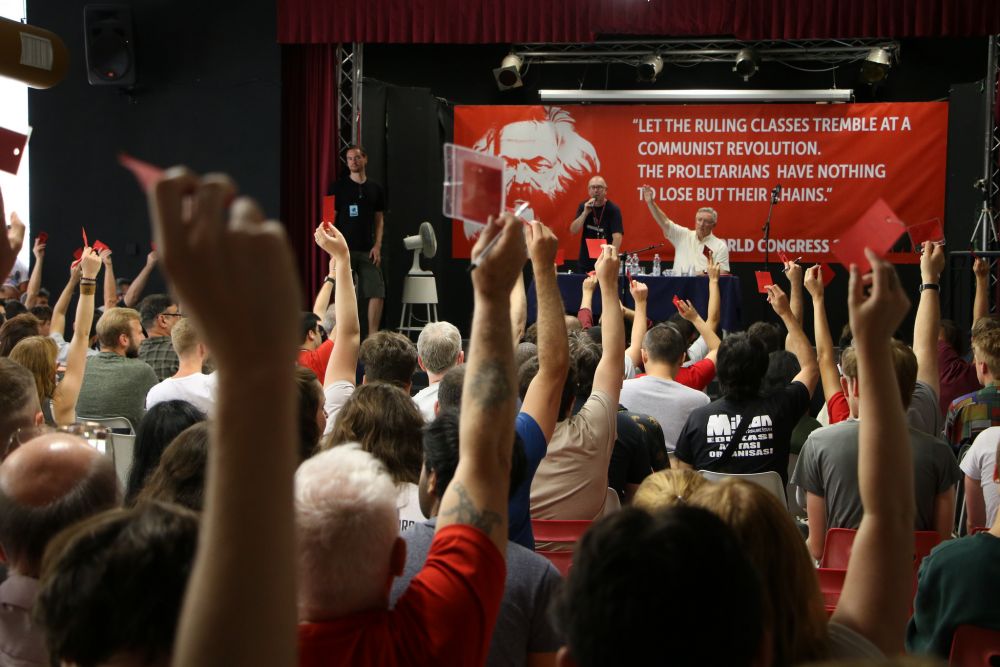 The World Congress of the IMT, meeting in Italy at the end of July, passed a unanimous resolution demanding the release of Catalan political prisoners jailed for their part in organising the independence referendum on 1 October 2017.

Over 370 delegates and visitors from all over the world (from Canada to Brazil, Sweden to Greece, Russia to Indonesia) passed the resolution, the full English text of which is as follows (CATALÀ / ESPAÑOL):

The 2018 World Congress of the International Marxist Tendency notes that:

This repression reveals the fundamentally undemocratic character of the Spanish regime, inherited from the Franco era through the betrayal of the so-called transition, which ensured the impunity of the crimes of the old regime, the continuation, unpurged, of the state apparatus, the reactionary Monarchy and the denial of the democratic right of self-determination.

This repression is part of a more general assault on democratic rights on the part of the Spanish regime which has seen dozens charged for crimes of opinion, rap artists sentenced to jail for their lyrics, Basque youth condemned to lengthy jail sentences for a bar brawl, puppeteers charged with apology of terrorism, an actor has been charged for offending God, etc.

The Catalan struggle for a democratic Republic has starkly revealed that in Spain the exercise of the democratic right of self-determination is a revolutionary task. It has also revealed that the Catalan bourgeois and petty bourgeois nationalist politicians which led the movement are unable and unwilling to use the necessary revolutionary means to carry it to victory. It has also exposed the bankruptcy of the leaders of the Left in Spain which at the crucial moment retreated into crass Spanish nationalism instead of defending the democratic rights of the Catalan people.

For a Catalan Socialist Republic. For a Socialist Federation of Free Iberian Peoples.