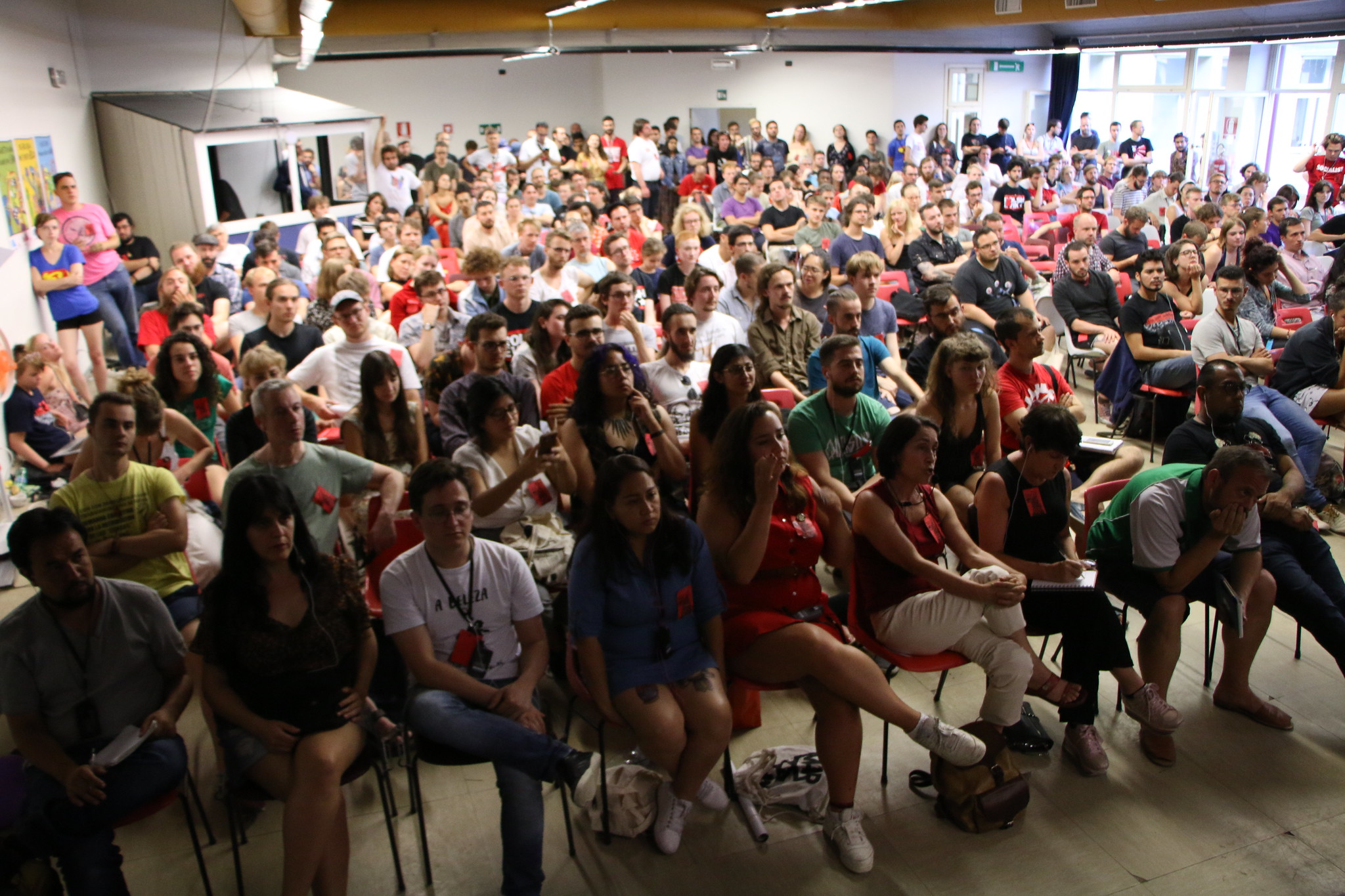 During the week of 23-30 July, Marxists from across the world attended the International Marxist Tendency’s world school in northern Italy. Attendees came from as far away as Pakistan, Canada, Mexico, Brazil, Venezuela and South Africa. From Europe, there were visitors from Britain, Italy, France, Spain, Germany, Switzerland, Sweden, and Yugoslavia, amongst other places. In total, around 400 comrades from across the globe partook in this exhilarating event.

The theme of the week was a commemoration of the centenary of the Communist (or Third) International, which was founded in 1919. The Comintern was established by Lenin and the Bolsheviks in the wake of the Russian Revolution and the revolutionary wave that swept across Europe after the First World War. It was set up as a result of the national-reformist degeneration of the Second International, the leaders of which had allowed the ‘Great’ War to take place by supporting the imperialist ruling classes of their own countries. 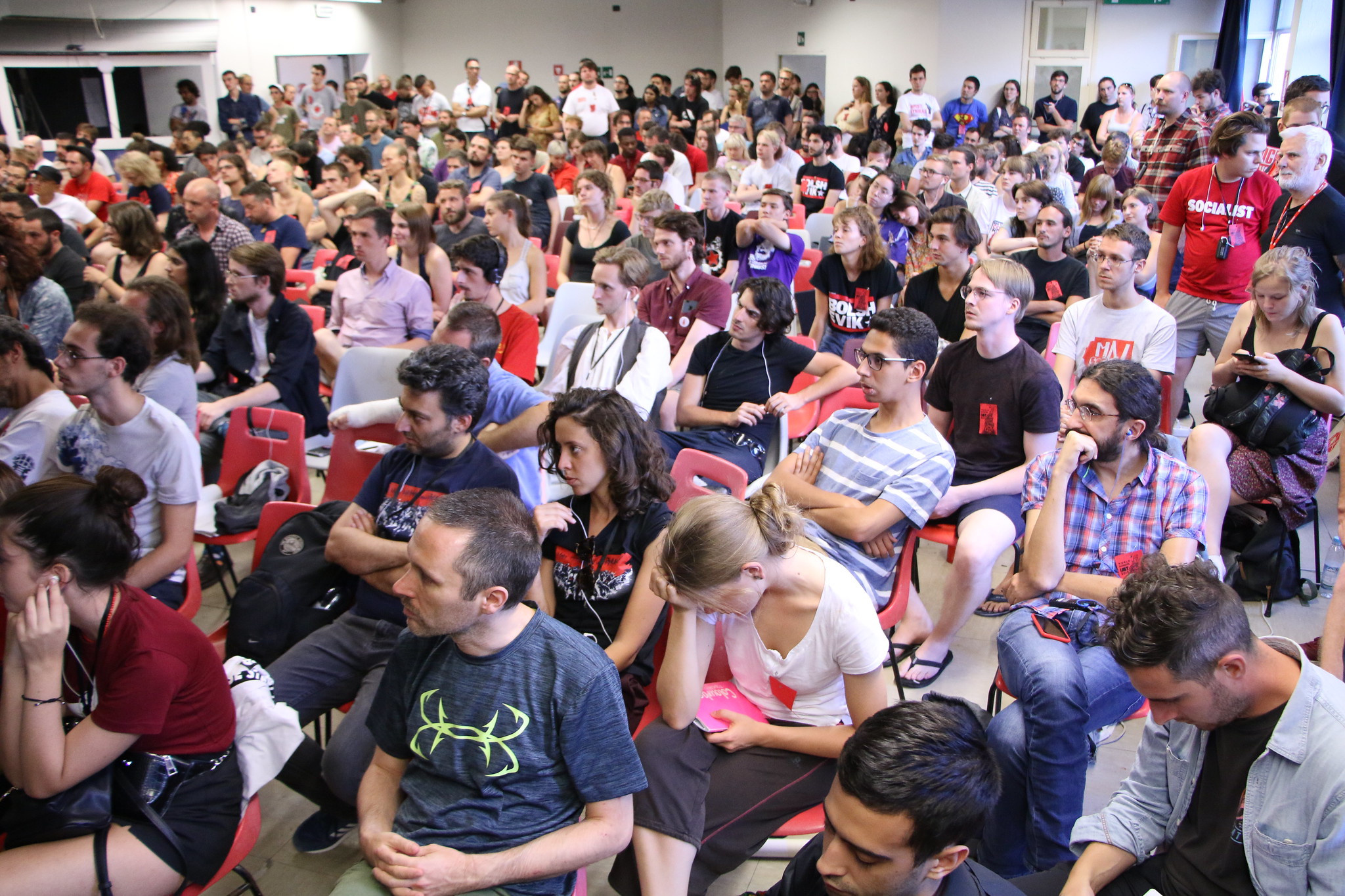 Around 400 comrades and supporters attended the 2019 school, which was themed around the centenary of the Communist International / Image: Socialist Appeal

After Lenin’s death, the Third International itself also degenerated, in the hands of Zinoviev and Stalin. Nevertheless, the debates from the first five years of the Communist International provide vital lessons for those seeking to overthrow capitalism today. Both the accomplishments achieved and the errors made by the Comintern were impressed upon all comrades throughout the week. 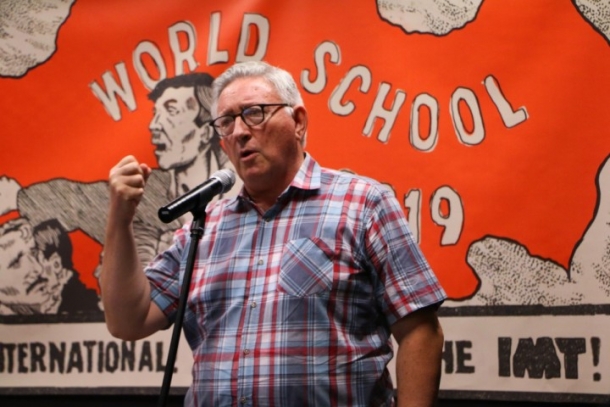 There were a variety of interesting sessions throughout the week on a range of topics. Many of these were tied to the theme of the Comintern, with discussions about the theoretical, political, and tactical positions taken by the Communists internationally. These included extremely engaging talks and debates on: the national question and the colonial revolutions; Lenin’s book ‘Left-wing Communism’ and the tactic of the united front; the Communist International and women’s liberation; and the lessons from the Zinovievist-Stalinist degeneration of the Comintern.

“A particularly topical discussion,” noted Aaron from the Warwick Marxists, “was that about Marxism and the national question and colonial revolutions.”

“This is particularly relevant when looking at the state of the ex-colonial countries now,” Aaron continued, “which still suffer the legacy of Western imperialism and the arbitrary way in which their borders were drawn, as well as continuing economic exploitation by the advanced capitalist countries of the world.”

The world school began, as ever, with contributions from comrades across the world about the perspectives for revolution internationally. Comrades gave accounts of the tumultuous events going on in their respective countries, proving a Marxist analysis about the mass movements of workers and youth that are breaking to the surface everywhere.

Alan Woods introduced the discussion, making it clear to all that 2019 would be a particularly bad year for world capitalism. One of the most notable features across the globe, Alan remarked, is how in countries such as Britain, the USA, and Brazil, the ruling class have lost control of the political situation to unreliable demagogues like Boris Johnson, Trump, and Bolsonaro respectively. The has created a deep political crisis for the establishment, with splits emerging at the top – a feature that is frequently a harbinger of revolution.

Events such as the mass, militant, international student strikes against climate change, Alan concluded in his reply, are an indication of the direction events are heading, as a new generation rises up to demand fundamental, systemic change. Capitalism is literally killing our planet and threatening the very survival of life on earth. The only solution is socialist revolution.

The IMT world school was also the venue for the launch of Alan Wood’s new book: ‘Spain’s Revolution Against Franco – the Great Betrayal’. The overthrow of Franco in Spain in the 1970s is an event that is rarely discussed in most political circles – precisely because this was, in reality, a revolutionary movement of the working class.

The betrayal by the reformist and Stalinist leaders, in what is now referred to as the Spanish ‘transition’, however, paved the way for a restoration of the monarchy, and the continued existence of the reactionary Francoist regime at the top of the Spanish establishment.

There was great enthusiasm at the world school for this incredible new book, which not only provides a first-hand account of these revolutionary events, but also an in-depth analysis of the lessons for Marxists and revolutionaries today. As a result, the 100 copies available quickly sold out. But don’t worry, readers can still order their copy online from Wellred Books!

Alongside all of these captivating talks, there were also many sessions covering a range of topics about Marxist theory, history, and current events. These included introductory discussions about Marxist economics, Marxist philosophy, and the Marxist view of history, as well as topical talks about the political and economic crises engulfing Europe and Britain.

Dora from the UCL Marxists gave this report from the session about the crisis of the European Union:

“In this session, we discussed the economic dynamics of the process of integration in Europe. The initial project envisioned by the French ruling class – of a union politically dominated by themselves, with Germany acting as the economic powerhouse – has melted away before the might of German imperialism. Under capitalism and within the EU, there can be no talk of freedom and democracy so long as capital reigns free.

“We also discussed the divide within the left in many countries on the question of the EU, perhaps most starkly expressed in Britain. Several contributions pointed out that Brexit fundamentally expresses a split in the ruling class, and that as Marxists we should not subordinate our politics to either wing of the bosses.

“We must reject the notion that the EU is a remotely progressive institution, and combat illusions amongst those demanding ‘remain and reform’. However, we must equally reject the rhetoric of Tory Brexiteers, with their chauvinistic calls for a return to ‘national sovereignty’. As Marx declared in the Communist Manifesto – workers of all countries must unite! Inside or outside the EU, our task is to overthrow capitalism and fight for the socialist transformation of society.”

Eleanor from the Norwich Marxists, meanwhile, provided this report from the discussion about the Marxist view of history:

“In an incredibly fruitful session on historical materialism, many of the false assertions of the capitalists were answered using a scientific analysis of the past. For example, one of the most common criticisms of socialism is that it is against ‘human nature’, because humans are said to be inherently selfish. However, for hundreds of thousands of years, this was not the case. There was no private property, outside of a few personal possessions. As Engels wrote, it was only when people began farming in c.12,000 BC – with the production of a surplus for the first time – that classes emerged within society, centred around the question of who would control the surplus.

“For most of human history, therefore, it was not in our ‘nature’ to be greedy and hoard property, but to live in nomadic, communistic societies. In summary, human nature is shaped by our material conditions. And as material conditions change, so too does human nature. Therefore, it stands that so-called ‘human nature’ can and will change in the future under socialism. As scarcity disappears, so too will any greed or competition.

“We also discussed how all oppression began with the development of private property. Society became divided between the exploited and the exploiters – between the producers and the owners of the surplus. The struggle between these newly established classes meant that the ruling class needed to secure their position by oppressing the workers. Over a few hundred years, this led to the creation of the state, which consists of armed bodies of men to maintain law and order, defend private property, and keep the exploited classes in their place. As Marx famously said, 'the history of all hitherto existing society is the history of class struggle'. Since oppression began with class society, the only way to definitively end all oppression is to overthrow class society.”

Aside from the many engaging political discussions that were held, there was also an extremely successful fundraising appeal for the IMT fighting fund. This money is vital in helping to maintain and expand the In Defence of Marxism website, and well as for building links with Marxists across the world: from the Americas to Asia to Africa. 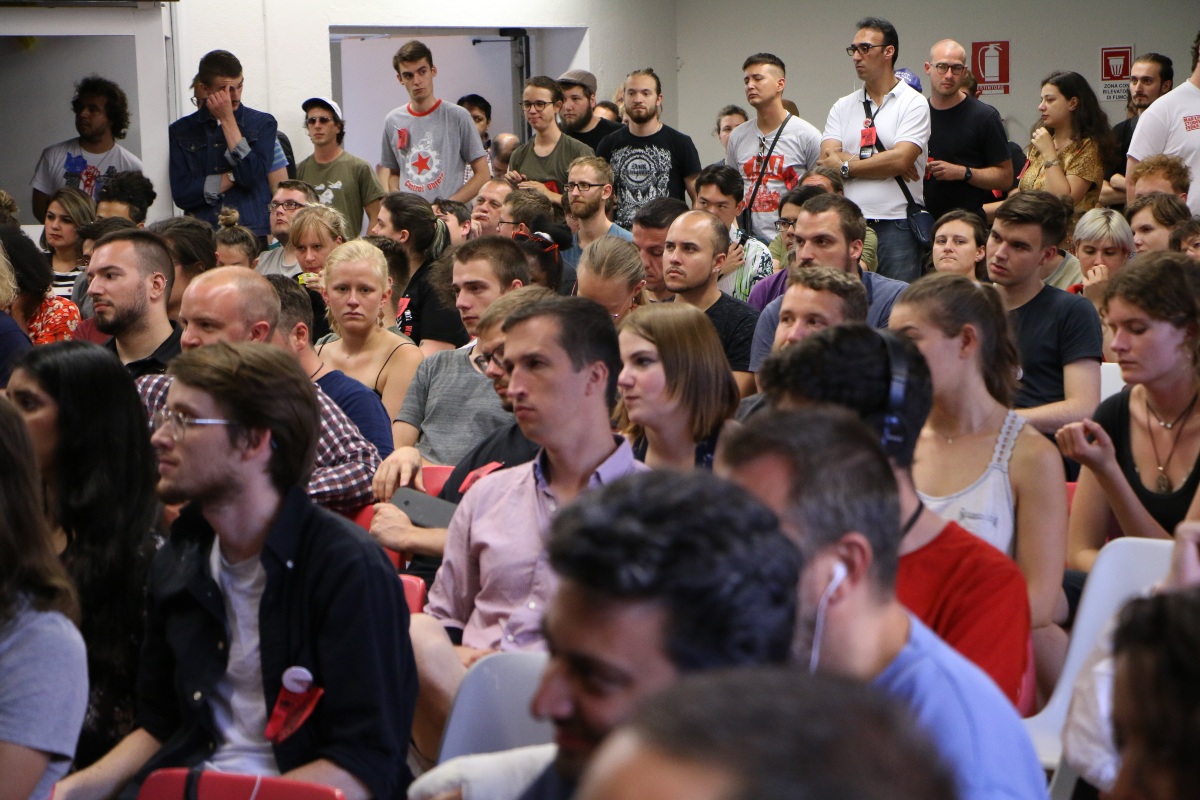 This year’s collection saw a record amount being raised – an astonishing 135,000 euros. This is a clear indication of the enthusiastic and optimistic mood amongst the Marxists internationally.

This optimism was also on display on the very last day of the school, where comrades spoke about the work being carried out to build the forces of Marxism in every country. The overall picture was clear: the Marxists are growing in numbers – as well as in quality – everywhere.

As is tradition, on the very last night of the school, comrades took it in turns to sing revolutionary songs from their respective countries. The passion on display marked a fitting end to an amazing week.

No doubt the annual international gatherings of the capitalists in Davos and elsewhere, these days, are marked by a sombre mood of pessimism. By contrast, the Marxists are full of hope and enthusiasm, confident in the strength of our ideas and the potential of seeing socialism in our lifetime.