On Monday, 5 October, Latin America solidarity organisations protested outside the Honduran embassy in London against the coup in Honduras and in solidarity with the Resistance movement. 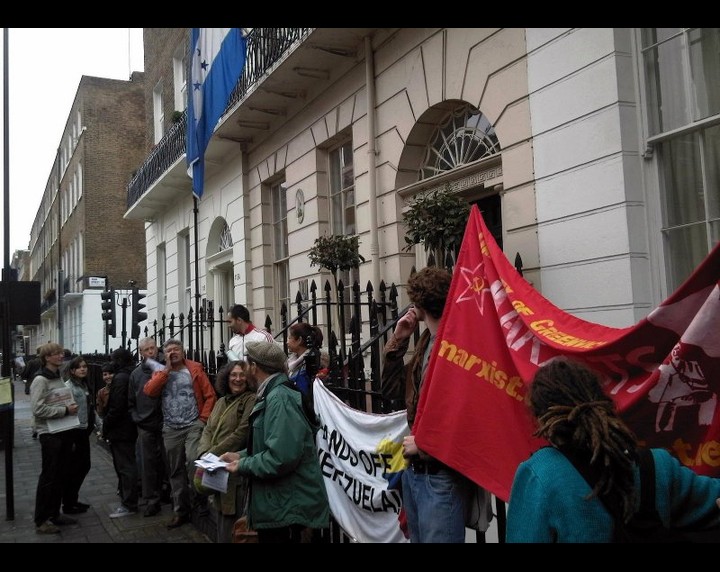 For two hours, the 40 people present shouted slogans against the coup-plotters and in favour of reinstatement of Manuel Zelaya, the deposed president. A letter was also handed over to the embassy, demanding the reinstatement of Zelaya, the re-establishment of democratic rights and the punishment of the coup plotters.

The organisations signing below demand:

We express our support and solidarity for the resistance movement of the people of Honduras and for its organisation the National Front of Resistance against the coup.