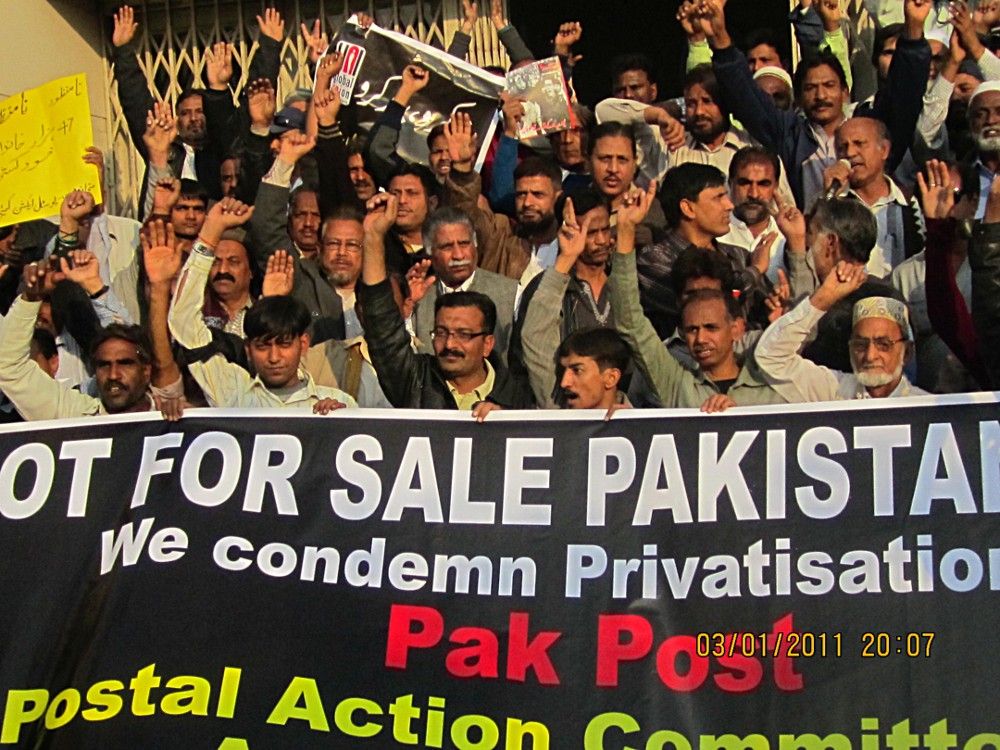 Pakistan Post Office Directorate General Employees Union elections were held on 11 March 2013. The revolutionary group of PTUDC comrades won a landslide victory and got 70% of the votes.

The group in power, supported by Pakistan Peoples Party’s leadership, had to face a humiliating and historic defeat. Sensing their imminent defeat the Itehad group used every cheap trick to prevent the elections from taking place. With the support of PPP’s Federal Information Minister and People’s Labour Federation, twice they managed to get stay orders from NIRC (National Industrial Relations Court) and High Court.

But with determination and courage the Inqilab group fought the legal battle for two years and defeated them to get the elections held on 11 March. During the past five years in power workers had to face immense problems due to the anti labour policies of the government. Though the PPP is the traditional party of the workers and was created in the revolutionary movement in 1968-69, its leadership is following the dictates of the IMF and World Bank which is increasing poverty, unemployment and misery. 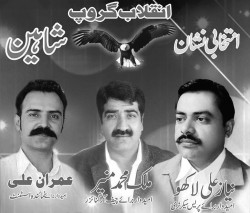 Poster of the Revolution slate with the eagle as their electoral symbolIn order to create illusions for the workers the People’s Labour Federation was formed which only served as an organized platform for the opportunists inside the PPP with the aim of defeating the genuine workers’ movement. It was the shared agenda of the Ministry of Information and the People’s Labour Federation to create anti worker policies. Agents of the People Labour Federation had their fangs inside the Pakistan Post as well and they were advocating the implementation of capitalist policies and preparing the ground for privatisation while making hefty commissions. For the past two years the workers of the Post were fighting them legally and practically. In particular, a month before the elections all kinds of religious and ethnic prejudices were used. But the workers rejected all these divisions and fought a rebellious struggle to a victorious conclusion.

The intervention of the PTUDC in this movement attracted many workers resulting in the election of four members and sympathizers of PTUDC in the central panel with a huge majority. Comrade Imran Ali as representative of the Assistants, Comrade Niaz Lakho as Information Secretary, Comrade Sayyed Muhammad Afzal Jaffery as senior Vice President and Comrade Aftab Khattak was elected as representative of LDCs. Inqilab group candidate for President Muhammad Naseem and General Secreaty Parvez Akhtar also won by a landslide majority.

Despite the hectic election campaign the weekly branch of the PTUDC was held regularly. In the branch meeting held two days after the election victory, a strategy was drawn out to expand the class solidarity with the workers from other institutions and a proclamation was made to fight for the working class on all fronts. The comrades vowed to use this victory to organize the workers from the Post and other institutions in the fight for a Socialist revolution in this region for the emancipation from oppression and exploitation.