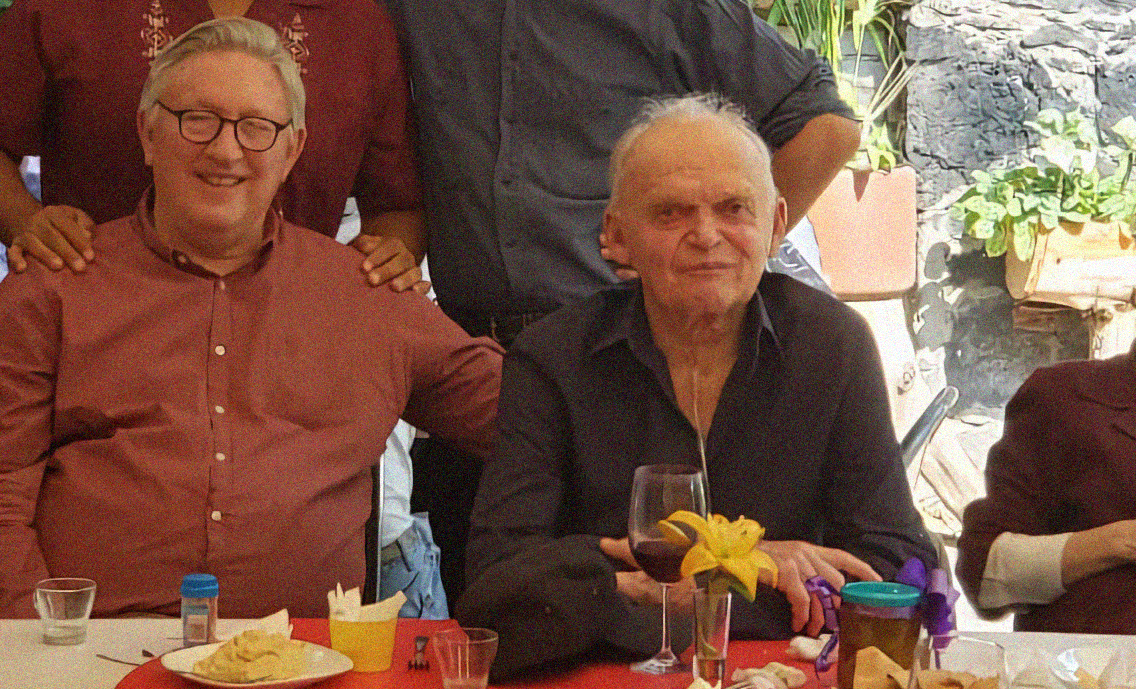 Today is the birthday of the grandson of Leon Trotsky, Esteban Volkov. Over the course of his life, Volkov has fought to preserve the historical truth about Trotsky’s life and work, against the smears of the Stalinists and bourgeois historians. In particular, Volkov has preserved a unique monument to Trotsky’s legacy: the Leon Trotsky House Museum in Coyoacán, Mexico, which was once home to Volkov and his grandparents, Natalia Sedova and Leon Trotsky. On the occasion of his birthday, the International Marxist Tendency would like to send revolutionary greetings to this lifelong champion of Trotsky’s legacy.

Last year, to mark the occasion of Esteban’s 95th birthday, the Trotsky museum hosted a meeting in his honour. At that meeting, a number of comrades from the International Marxist Tendency were involved, including Alan Woods, the editor of marxist.com. We include Alan Woods’ tribute to Esteban Volkov below: [the video is in Spanish but English subtitles can be turned on.]

Volkov suffered a string of terrible tragedies as a child. He lost numerous family members to the brutal persecution of the Stalinists, and was forced to live briefly in exile in Austria and Paris. Finally, he arrived in Coyoacán, Mexico in August 1939, where he lived with his grandparents, Leon Trotsky and Natalia Sedova. In August 1940, the young Esteban Volkov was visited by tragedy once again: a Stalinist agent had succeeded in gaining access to the house in order to assassinate Leon Trotsky.

In 2017, to mark the centenary of the Russian Revolution, the International Marxist Tendency produced a unique documentary, commemorating the life of Leon Trotsky, the great Marxist theoretician and martyr. The documentary features footage from the Trotsky museum, and a first-hand account of the events surrounding Trotsky’s assassination by Volkov.

After passing on our greetings, Volkov sent the following message to the comrades of the International Marxist Tendency: “Thank you very much for your message, and I hope you all continue to follow the teachings of my grandfather.”