Details
In Defence of Marxism
09 February 2012 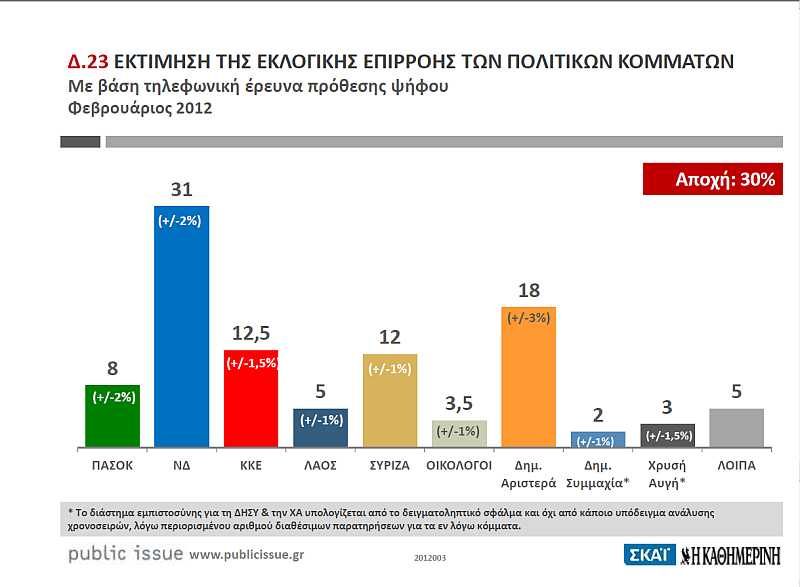 After a lot of wrangling, a few minutes ago, the Greek government announced that a deal had been reached with the three parties which support it in relation to the cuts and austerity measures demanded by the troika (the European Commission, the European Central Bank and the International Monetary Fund). These measures were part of the conditions for the release of a new bail out of 130 billion euro. What it means is that the Greek workers and people in general will have to endure even further attacks on living standards so that the state can pay back part of its debt to the banks, investors (Greek and European) and financial institutions.

The measures agreed are hair-raising and include the following:

Because of the way national collective bargaining works in Greece, the minimum wage is the benchmark for all other agreements and it is to be expected that if this is cut by 22%, there will be relentless downward pressure on all wages.

The leaders of the socialdemocratic PASOK, the right-wing New Democracy and the extreme right-wing LAOS all agreed to these measures, after much posturing. The reason for their pretend opposition to this or that measure is clear: elections are scheduled in a month's time and any parties associated with these measures will pay at the polls.

These measures come after several packages of austerity cuts have already been implemented and the Greek economy has entered its 5th straight year in recession (worse than during the 1930s depression), unemployment has gone up from 13% to over 20%, with youth unemployment reaching 48%.

The mood in Greek society is absolutely furious. This was best shown in an opinion poll published yesterday. The Public Issue opinion poll, commissioned by the Kathimerini newspaper and Skai TV revealed a further collapse in the vote for PASOK, from the 44% it got in the elections in 2009 to just 8% (down 7 percentage points since November). New Democracy gets 31% (down from 33% at the 2009 elections). Extreme right wing LAOS is down to 5% after having polled 8.5% in November 2011, its chauvinist anti-European rethoric having been exposed by its support for the Papademos government. Some of its votes are now going to the even more extreme right-wing party Golden Dawn (Chrysi Avyi) which would get 3%. This means that the combined votes of the three parties supporting the government are just 44%.

The trend already seen in December with the strengthening of all those parties to the left of PASOK continues. The Communist Party KKE gets 12.5% (7.5% in the 2009 elections) while the Coalition of the Radical Left Syriza gets 12% (up from 4.6% in the 2009 elections). The biggest increase is for the Democratic Left (a recent right-wing split from Syriza) which is now polling 18% (10 percentage points more than in November), benefiting from most of the losses of PASOK. These three parties together would now get 42.5% of the vote if standing separately and each one of them would now get more votes than PASOK.

An additional 30% express their intention of abstaining because of disillusionment with all parties.

A massive 91% are dissatisfied with the performance of the three party coalition government. For the first time the appraisal of Papademos himself is also negative (48% against 46%), however 71% do not trust him to solve the problems of the Greek economy. 79% are against the memorandum.

The way the country's economic policies have been dictated by unelected bureaucrats in Brussels who respond to the interests of bankers and capitalists has provocked a severe crisis of confidence in bourgeois democracy. A massive 79% are dissatisfied with the functioning of democracy, while 13% think there is no democracy in Greece.

Opinion polls are obviously limited in what they reveal about changes in consciousness, but provide us with very clear pointers to understand them. First of all, it is clear that the overwhelming majority of Greeks reject the austerity packages and the current government. 58% of them now want to see early elections called. If the left parties were to stand on a united front on a program in clear opposition to all the austerity cuts, they would get not only their combined 42.5% of the vote but much more, as people would seem them as a viable alternative.

However, the Communist Party leadership is a serious obstacle in this direction. They have said clearly that they are not prepared to enter into an agreement with any of the other left parties. In fact they have denounced them as being fake in their opposition to the memorandum and being part of the reserve forces of the capitalist system. Even if one assumed that this was a correct assessment, surely the task of the KKE leaders would be that of attempting to win over the 30% of the votes who express their preference for the Democratic Left and Syriza, and what best way to uncover the real intentions to the leaders of these two organisations than offering them a united front on the basis of a clear anti-capitalist program? However, the Leninist policy of the united front is a sealed book for the leaders of the KKE who cover their ultra-left sectarianism with grandiose phrases about "workers' and peoples' power".

In fact neither the leaders of Syriza, nor the KKE leaders offer any real programme of struggle, neither industrial nor political. In fact, Aleka Papariga, the leader of the KKE went as far as to actually put the responsibility of this cul-de-sac on the people themselves by stating that: "Now the responsibility lies solely with the people. Either the people will completely sweep them away or they will pointlessly and unfairly waste their tears and indignation on the old and the new pseudo-saviours". But how the people are supposed to "sweep them away" she doesn't say. Similarly, Alexis Tsipras, the leader of Syriza, declared that: "Now is the time of the people".

At the same time, the trade union leaders call one general strike after another as isolated acts which are not part of a clear plan of struggle that can offer a way forward for the movement. Thus, the general strike on Tuesday 9th, had a lower following and saw smaller demonstrations than some of the previous ones. Many workers can no longer see the point in yet another general strike. But that is not an indication of the real mood in society which is one of absolute fury (though combined with an element of hopelessness). Some sections of the workers have decided to take matters into their own hands. We have seen that with the 100 day long occupation of Greek Steel, the occupation under workers' control of the General Hospital at Kilkis and the militant direct actions of the Power Company workers who yesterday occupied the Environment Ministry building holding the minister hostage.

There is a limit to how much the bankers and capitalists can squeeze the Greek workers and people before they provocke a revolutionary explosion, and we might be very close to reaching it. The unions have now called for a 48 hour general strike on Februrary 10 and 11 and a mass demonstration on Sunday 12. These are the dates in which the Greek Parliament, now completely unrepresentative of the will of the people, will meet to approve the memorandum proposed by the government.

(For those who read Greek, we recommend the revamped site of Marxistiki Foni)