Details
In Defence of Marxism
17 September 2015

On Sunday, September 20, Greece goes to the elections after Tsipras resigned once he had signed up to the austerity programme demanded by the Troika. This provoked a split in his party, SYRIZA, with the left wing breaking away to from the new Popular Unity party led by Lafazanis 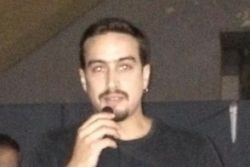 We interviewed Panagiotis Kolovos, a leading member of the Communist Tendency, which left SYRIZA to co-found the new party, and who is standing in Athens as a candidate in the elections.

Could you describe the mood in Greek society after Tsipras accepted the latest Memorandum?

The mood in Greek society in the week before and the days after the referendum was pre-revolutionary. There was a sharp class polarization, fear on the one side and hope and a militant mood on the other. But just after the acceptance of the new Memorandum, this mood changed quickly. In the most advanced layers there was a feeling that they had been betrayed. Generally there were feelings of disappointment and retreat. The worst thing is that the SYRIZA leadership is responsible for convincing broad layers of the lower layers of society that there is no alternative against the austerity and the Memoranda.

The most dominant mood among SYRIZA activists is that of disappointment. They feel they have been betrayed by their leadership. Almost half of the party members have left the party, some of them joining the new coalition of “Popular Unity” (which is based on the Left Platform of SYRIZA, together with smaller tendencies or parts of these from the Left wing of SYRIZA, together with some organizations from ANTARSYA and other smaller left groups). Even those who remain in the Party are disappointed and stay because of the fear that things will be even worse if the right wing takes the government. Those who have left SYRIZA and joined Popular Unity maintain a militant mood, because they have a point of reference and a means for action. Those who didn’t are disappointed and have stood back, not participating in the movement for now. KKE members are more confident in their leadership, because they feel that their leaders told the truth and took a clear position. So the betrayal of the SYRIZA leadership has strengthened for a while the authority of the KKE leadership and the ultra-left feelings and attitude of KKE activists. The Youth in general, who voted in the vast majority NO in the Referendum, have a feeling of disappointment and frustration against political parties in general, including the Left ones. Although a large part of them will still vote for the Left (KKE, Popular Unity and also ANTARSYA), an even larger part will not participate in the election at all.

You are standing as a candidate for Popular Unity. Where are you standing? What are the main points in the party programme? And do you think this is enough to solve the crisis?

I am a candidate for the Popular Unity in the area of Athens. The main points of the party programme are: the cancellation of the public debt, the exit of Greece from the Eurozone and a break with the politics of the European Union (and even exit from the EU through a referendum, if needed), the nationalization of the banks under workers’ and “people’s” control, the cancellation of part of the debt of poor people to the banks, the nationalization of the “strategic sectors” of the economy under workers’ and “people’s” control, the radical transformation of the state in the direction of democracy and power to the people through a constituent assembly. This programme, although it is better than that of SYRIZA and goes in the right direction, is insufficient. The crisis cannot be solved on the basis of capitalism. We should add to the programme the nationalization of all the big enterprises, under workers’ control with the democratic central planning of the economy as a whole. We should also introduce a reduction in working hours until all the unemployed can get a job, which is possible only under a centrally planned economy. We should introduce the expropriation of the propriety of the Church and the very rich, in order to cover the immediate needs of the poor people. We should also introduce changes in the state that would change its nature as a bourgeois state. Such changes should be the abolition of the police to be replaced by the formation of a people’s militia, a change in the army structure, with elected officers through soldiers’ assemblies that can recall them, the possibility to recall every elected state official and the limitation of the wages of every state official to that of an average worker’s wage. That means a planned economy and a workers’ state that would begin to establish socialism. We also need to introduce an internationalist slogan in the programme, such as the United Socialist States of Europe to replace the EU, in order to show the way forward to the workers of Europe, because socialism cannot be built solely within the confines of Greece. We can start in Greece, but it must then be spread to the rest of Europe.

What do you think will happen in the election?

In the elections, I think that first of all there will be a high level of abstention. SYRIZA will remain the first party in the big cities and working class areas, but it will lose a significant section of its supporters among the workers and youth. SYRIZA cannot disappear overnight, although the process of its degeneration and decline will be very rapid in the next few months or few years. It is not clear whether SYRIZA or New Democracy will be the first party in general, but there will be a small difference between the two. It is not clear how many parties will enter parliament. The KKE will make small gains, because of the ultra-left tactics of the leadership, and also Popular Unity will not have big support because it is not offering a government solution in the eyes of the masses at this stage. But Popular Unity could get more votes than the KKE, but no more than 10% at this moment. Unfortunately, the fascists of Golden Dawn will retain their support and could also make some gains among the disappointed petit-bourgeois and lumpenproletarian elements that have been let down by SYRIZA. Also maybe some smaller right-wing parties, such as ANEL, Potami and even the Union of Centrists could get into parliament. The next government will most likely be a coalition government, either of SYRIZA with the PASOK and Potami – and even New Democracy if needed – or of New Democracy with some of the other parties (and even SYRIZA). But whoever will be at the centre of the coalition, they will carry out more or less the same programme, and this will be the Memorandum and the policies dictated by the European imperialists.

What do you have to say to workers and youth in Europe?

I would say that they have to study the lessons of Greece. First of all, capitalism is, as Greek workers already understand, and the workers in other European countries are beginning to understand, horror without end. The only possible form of capitalism in the following years is one that imposes austerity, poverty and the elimination of rights for the working class and the lower layers of society. Second, although the capitalists are not strong enough with all their parties, their media and their control of the economy to stop workers and youth from trying to change this situation, they will succeed in maintaining the status quo if the leaders of the working class are not conscious enough and prepared to confront them by all means necessary. If they are not prepared to expropriate them, they will not be able to end austerity together with the capitalist system. So workers and youth in Europe, and first of all, the most conscious elements among them, who participate in or support the Left Parties and Trade Unions, should strive to create such a leadership and have such a programme, that would be up to the situation when time comes in their countries. Only a revolutionary socialist programme and leadership will be up to the task in such times, to take the fight to the very end. Only the ideas of Marxism are sufficient to create such a leadership, party and programme. So build the revolutionary tendency in the Left and the labour movement in your countries! Join the IMT that fights for this cause!