Details
Epanastasi, paper of the IMT in Greece
14 March 2018 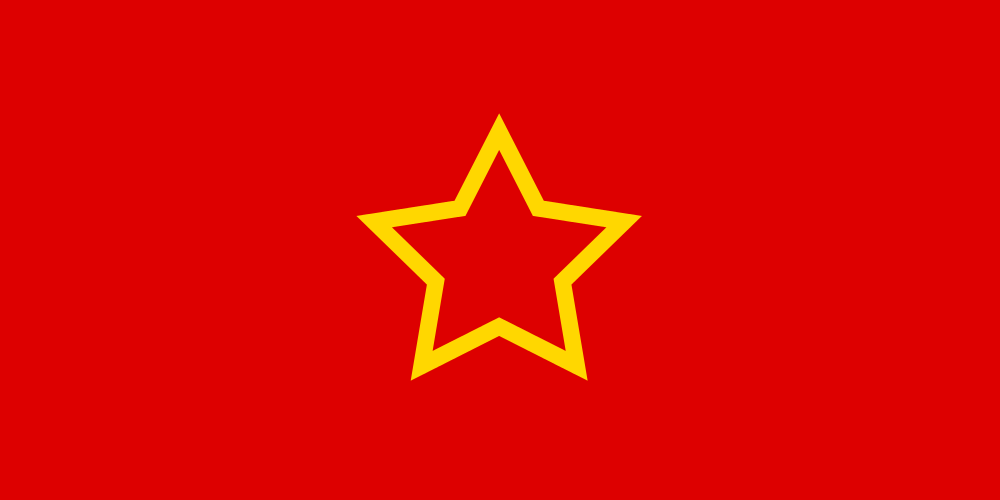 Alek Atevik, a member of the Central Committee of the Macedonian organization Levitsa (Left) and a leading figure in the Yugoslav section of the International Marxist Tendency (IMT), spoke to Epanastasi [‘Revolution’] about nationalist myths and the need for internationalist class solidarity.

The Greek ruling class claims that Macedonians are not a nation and that the Macedonian language does not exist. What is the truth?

The starting position should be the national liberation movements in in Balkan Peninsula in the 19th century. All of them were directed against either the Ottoman Empire or the Hapsburg Empire, both of which were multinational states with emerging capitalist relations. With the help of Russian, German, English and French, and Austro-Hungarian forces the Ottoman Empire began to decay, starting with the formation of the Greek monarchy. A little later it continued with the setting up of the Romanian, Serbian, Bulgarian and Montenegrin monarchies.

The concept of ‘Megali Idea’ [a Greater Greece], ‘San Stefano Bulgaria’ [a Greater Bulgaria based on the Treaty of San Stefano signed between Russia and the Ottoman Empire in 1878] and similar such ideas can be found in all the Balkan bourgeoisies, which is to expand as far as possible one’s own territory at the expense of one’s neighbours.

The national question, therefore, took on a bloody character, and instead of bringing development and progress, it was a call for perpetual wars, military actions and propaganda, violent changes of demographics… So, it is not only the Greek ruling class that has claims against their neighbours. The same is true of the modern Bulgarian ruling class, and in the past – before the People’s Liberation War and Revolution (1941-44) of the Serbian ruling class.

It took a civil war in Yugoslavia, with on the one side the Communist partisans, and on the other all the different mutually antagonistic sections of the bourgeoisie, to cut across the chauvinist propaganda, so the Serbian ruling class cannot sell this idea to the Serbian people. 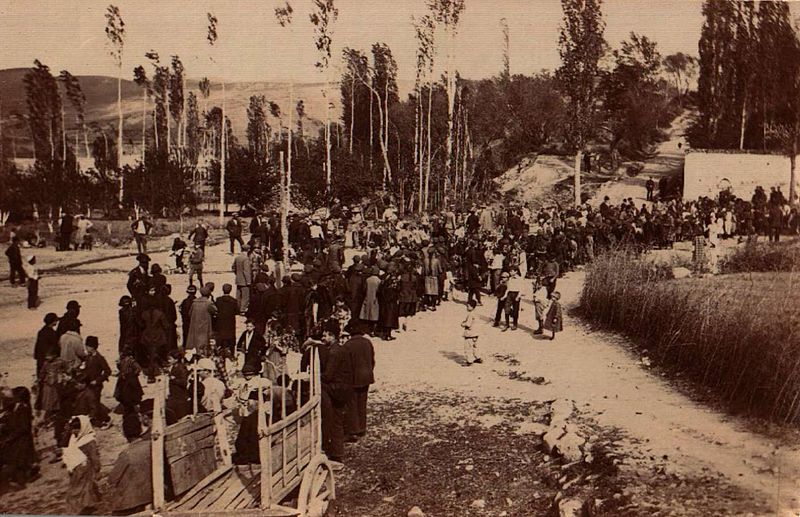 The Macedonian state was created after World War Two within the Federation of Yugoslavia / Image: public domain

For example, even the ultra-Serb nationalist Šešelj denounced the earlier attitudes prevailing in Serbia that Macedonians are southern Serbs. In Greece, we saw similar tendencies during World War Two, but as in the Greek Civil War, the winners were the capitalists, the hatred was intensified. Thus, we can see that the reactionary ideas imposed on the Balkan proletariat will only finally be changed with socialist revolution.

The existence of a Macedonian nation was confirmed after World War Two with the creation of the Macedonian state within the Federation of Yugoslavia. It is true that this nation is small, but can any sane person claim that the Slovaks or the Slovenes don’t exist as nations? As for the Macedonian language, it is a recognised Slavic language, with a separate orthography, unique letters and words, and Bulgarians or Serbs can understand it with a little help, somewhat like the Dutch language for the English or Germans.

What is the general mood in Macedonian society regarding the conflict with Greece, and regarding NATO and the EU?

People in the Republic of Macedonia (RM), no matter their political affiliation or ethnicity, seem to be fed up with this and blame the Greeks (the Greek government) for their irrational policy of demanding name change. They blame Greek policy for the blockade of NATO and the EU, but this is truly seen as one minor factor. The vast majority consider that it is local politics and strategy that are restraining economic development. 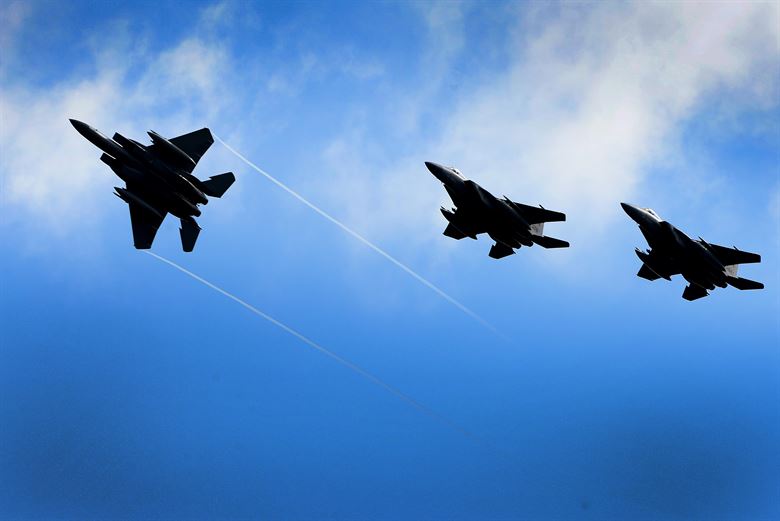 NATO membership has been a national myth of ‘progress and prosperity’ for the past 25 years / Image: Mildenhall

So, the ruling parties (the Social-Democrats and the Albanian-speaking Democratic Union for Integration) are willing to bow down and accept some new name just to get NATO membership. This will temporarily strengthen their position, as NATO membership has been a national myth of ‘progress and prosperity’ for the past 25 years.

The open door to the EU will further bring benefits for the government, as the EU has been even more uncritically accepted as a saviour from economic despair ever since the break-up of Yugoslavia. Here, we should also note the pressure of American imperialism on the Macedonian government to integrate the state within NATO, and to present this enlargement as a success for the present-day failing American foreign politics.

Do you think that there is any strong mood among the people for ‘expansionism’ at the expense of Greece? Are there any elements of expansionism in the current constitution?

[Jokingly] There is great interest in Halkidiki, Asprovalta and Platamonas [Greek seaside holiday resorts] for summer ‘expansions’. Thessaloniki is also a centre for regular shopping by the upper-middle classes.

It is a joke that such claims of ‘Fyromian expansionism’ can even be considered. [Note: FYROM, Former Yugoslav Republic of Macedonia, is the name Greece insists that Macedonia uses] The country hardly has an army, and NATO came into Macedonia and the country openly collaborates with it, which means that the army of the Hellenic Republic is fully informed of the capacities of the small professional army here.

As for the constitution, our readers should know that it was changed with amendments imposed by the Hellenic Republic in 1995. Thus, in the constitution there is already Article 3 which states clearly: “RM doesn’t have territorial pretensions towards neighbouring countries. The borders of the Republic can be changed according to the constitution, on the basis of voluntary action and within accepted international norms”. Also, Article 49 has the following line, imposed by Andreas Papandreou’s government: “The Republic will not interfere in the sovereign rights of foreign countries and their domestic affairs”.

Any attempt to find irredentism in the written law is very superficial. There are no political forces within RM that have goals of occupying parts of larger region Macedonia, even further there are political forces outside of Macedonia of occupying the territory of present day RM. It would be nice to hear again from these people what should be changed in the constitution. So far, there are proposals and some political demagogy from the Greek Minister of Defence, Kotzias to change the formulation of ‘Republic of Macedonia’ with some term like ‘Republic of Northern Macedonia’, as if the change of name would stop the mighty Macedonian army and millions of people from conquering the world!

In Macedonia, Is there any room for the development of an internationalist proletarian movement, as part of such a movement across the whole of the Balkans?

What we can see after almost three decades of capitalist development is the decay of almost all the gains of the working class (wages, working hours, working conditions, pensions, holidays and workers’ hotels, allowances and so on). One can observe very weak trade unions and a decrease of the membership, while the labour aristocracy serves the ruling parties. From time to time there is some turmoil within them, but generally speaking they are stable in their reorientation towards any new government – like sunflowers (who always turn towards the sun), we say.

We can expect that a mass, working-class movement will be absent in the near future, but at the same time the workers will realise by themselves that the bourgeois institutions and parliamentary parties are impotent to solve the real burning questions. What we need is a clear socialist programme and strategy to win them over. It is crucial that the small forces of revolutionary Marxism (that have been working for quite some time) are developed, locally, but also in the region. That is one of the reasons why communists from Macedonia joined the Marxist Organization Crveni: a joint group of communists within the former Yugoslav territory.

Given that Levica has emerged as quite a strong force in politics, what is its political line and what is its perspective?

Levica, formally is not at all a strong force, but given the obstructions from the legal system, the pressure on some of its leading members, the financial difficulties, the low level of political culture, and the false use of left-wing ideas, Levica can be proud of what it has achieved. Example of these difficulties are the four separate cases of prosecution against the party leadership, or the case where some intruders demanded taking over the party by judicial means twice, which we won by the way, or the sabotage two days prior to the elections and so on. 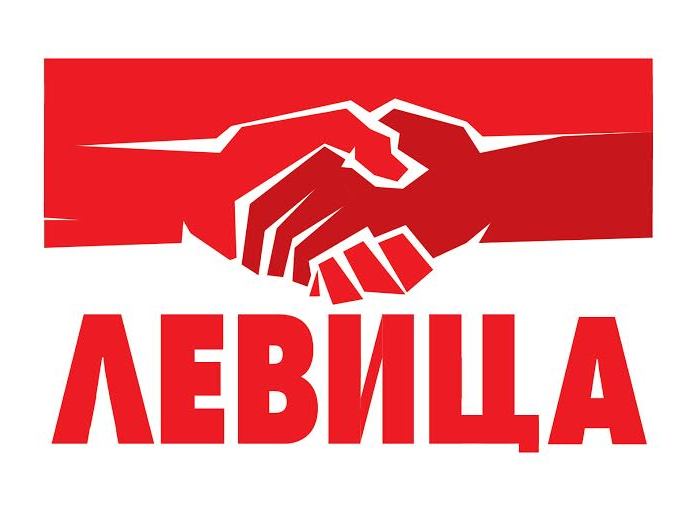 Levica will remain in opposition to the capitalist system, a system created by the bosses’ parties and their rulers, and it will not join any of the large coalitions and time will vindicate our correct tactics. The strategy is to build the party of workers, so we support in different ways individual and collective workers’ struggles, offering both legal help and solidarity actions. The party has a news and information website that promotes anti-imperialist and anti-nationalist ideas. It is developing a network of branches, not at a high pace.

Communists working in the Marxist organization Crveni are actively participating in the Levica party, and they are given confidence with leading positions. I am member of the Central Committee and Coordinator of the Programmatic sector, Foreign policy, Defence and Security.

Levica is the only party that stands against joining NATO, and also the only party that expresses open criticism of the servile Macedonian politics. Thus, we proposed ending the so-called negotiations over the name of the country done by the right wing and the so-called social-democrats. At the same time, we reject the false historical rhetoric that Macedonians are ‘sons and daughters of Alexander the Great’. We are also ferociously against the historic revisionism of the nationalists under the previous government of Gruevski. In Macedonia Levica is attacked for its position on name change, as nationalists or even fascists, but we just cannot side with Greek nationalism or any kind of nationalism.

What is the attitude of the working class and the youth towards the Titoist period and the old unified Yugoslavia?

In all the former Yugoslav republics, more or less, the working class, in particular the white-collar workers, have a positive attitude towards the Socialist Federation of Yugoslavia. Their feeling is that it was something good that has now been replaced by something bad. The retired people of today, and who were fully employed 30 or 40 years ago, have suffered the heavy burden of the wave of privatizations since 1989 and have been witnesses to the disintegration of their lives with hyperinflation, embargoes, massive layoffs, literally the decimation of industry, and wars and refugees.

However, those times are long gone and the present generation of workers cannot connect their experience with that of 30 years ago. The memory of the working class has been smashed to pieces as the Communist Party of Yugoslavia was unable to stand firm. The need for a genuine mass Communist party is thus essential to restore the memory and activate the class struggle on a higher political level.

What is your message for the Greek comrades and the militant workers and youth in Greece?

Up until six months ago, the most important questions of ordinary people, no matter what their ethnicity is, were unemployment, low wages, corruption, poor healthcare system, decaying education system, terrible pollution in Skopje and other cities, toxic gold and silver mines, and huge class divisions between rich and poor.

Today the new government has tried to bury these problems and impose other problems such as the name-change of the state, the language rights of the Albanian nationality, internal territorial divisions, joining NATO and so on. The media are also co-participating in this hysterical propaganda.

Our duty, in both our countries, is essentially the same: to oppose this turning away from class struggle towards nationalism/racism and to help build the unity of working people. We have the task of exposing the real motives of the ruling class in dividing the working class within national borders, but also internationally. We have to explain patiently and we shall overcome.