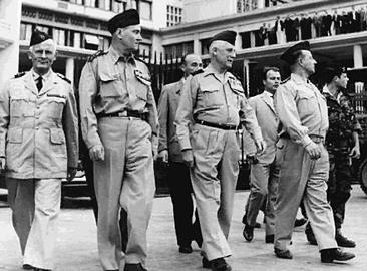 After de Gaulle's coup in 1958 frustration in the high command of the French army in Algeria led in 1961 to a second reactionary coup attempt on the part of General Challe. Ted Grant analysed how the coup was smashed by a decisive movement of the French working class and the rebellion of the army ranks against the coup plotters. The scope and strength of the movement revealed the potential for revolutionary struggle in France.