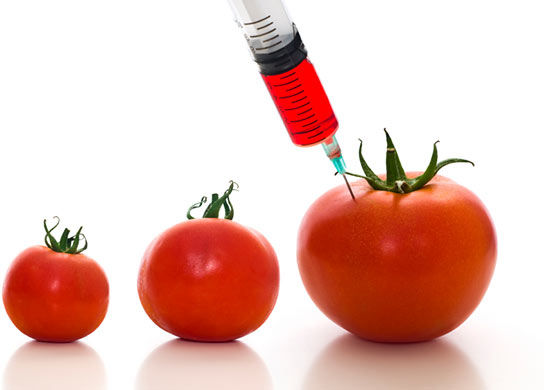 The development of genetically-modified organisms (GMO) has opened up whole new possibilities for improving the nutrition of humanity.For the first time, humans are able to genetically engineer species or organisms by transferring DNA between totally different organisms, potentially allowing for food to be grown in harsher climates, for example, or for existing crops to yield more food. However, under capitalism, GMOs are being abused by large agro-corporations, such as Monsanto, to maximize shareholders’ profits at the expense of ordinary people around the world.  Instead, GMOs have reduced the safety and security of the food system for billions of people. What is a working-class approach to confronting the problems of GMOs and food security?

According to the agricultural giant Monsanto, genetically engineered foods are produced to address issues of food insecurity and feed the world’s booming population. But, if we look at the products being produced by companies like Monsanto, we find that this claim is evidently false. Companies like Monsanto have not come even remotely close to solving the question of hunger and lack of food. The United Nations’ Food and Agriculture Organization (FAO) estimates that about 870-million people around the world (or, in other words, about one person out of every eight), suffered from chronic undernourishment in the period between 2010 and 2012. In fact, hunger kills more people every year than AIDS, malaria, and tuberculosis combined.

Despite the biotech industry’s assurances, none of the genetically modified traits currently exhibited offer increased harvest, drought tolerance, enhanced nutrition, or any other consumer benefit. Moreover, GMO technology does not address the bigger reasons for why so many people go hungry, all of which are products of the capitalist system: poverty, lack of access to food, and a lack of access to land to grow it on.

It is a sad irony that GMO technology is actually increasing food insecurity. This is based on the fact that under capitalism, agro-corporations have profit margins as their number one priority.  One such example is the fact that over 80% of all GMOs around the world are engineered for herbicide tolerance and, as a result, usage of toxic herbicides such as Monsanto’s Roundup has increased by 15 times. GMO seeds are also responsible for the rise of “super weeds” and “super bugs” which can only be destroyed with ever more toxic poisons such as 2,4-D. Not surprisingly, the corporations that are pushing GMOs are the same ones who produce the chemical products that GMO crops rely upon. Monsanto has also inserted genes in its seeds that are resistant to their own advertised weed-killers, encouraging farmers to buy Monsanto chemicals and spray them over the crops with the knowledge that it will stay alive while other organisms competing for the soil’s minerals will be eliminated. As well, genetically-engineered crops create super-pests and super-weeds as these organisms can adapt to the foreign gene and eventually become resistant to it.

In order to further increase profits at the expense of ordinary people, Monsanto creates seed sterilizing technology or "terminator" and "suicide seeds". These are plants which are genetically engineered to kill their own seeds. This means that seeds harvested from terminator crop will not germinate if planted the following season, which has been the basis of farming since the dawn of agriculture. The goal of this technology is clearly to exploit seed industry profits by preventing farmers from reusing seeds from their harvest and thus forcing them to purchase GM seeds from Monsanto’s commercial seed market. Recently in Colombia, farmers have been forced to use GE seeds, if refused they would be imprisoned. In other words, by terminator genetic engineering method or sterilizing farm-saved seeds, farmers are forced to return to commercial seed market every year and this purposely created a cycle of dependency.

Because GMO is a new innovation, biotechnology corporations have obtained a patent which restricts their use to others or forbids others from further researching even their side effects. As a result, GMO creators now have the authority to sue farmers whose non-GM fields are cross-pollinated with GMOs, even when it occurs naturally. GMOs therefore pose a serious threat to farmer sovereignty and to the national food security of any country where they are grown. This monopolization had been affecting the farmer sovereignty (especially in developing countries) and the national food security wherever they are grown. According to environmental activist Vandana Shiva, the harsh reality of GMO innovation is that it leads to global famine and poverty as the seeds are controlled and patented by Monsanto.

Of course, none of these seeds or chemicals come cheaply for farmers. The actions by corporations such as Monsanto are further pushing more of the world’s farmers into poverty and some are forced completely out of agricultural jobs.

Perhaps even worse is the fact that most farmers are being compelled to use this agricultural technology.  Monsanto held secret test in India where genetically-engineered cotton was grown without farmers’ awareness and no bio-safety measures were taken during these trials. Monsanto specifically chose India to hold its trials as there would be no issues to bribe the government and manipulate the subsistence farmers’ need for cheap seed.

But, these practices are not just limited to the ex-colonial world.  Even in Canada, farmers have had to face unjust pressure and marketing tactics from companies like Monsanto, Dow, AgraEvo, and Zeneca.  For example, to promote the use of Bovine Growth Hormone (rBGH), these companies have hidden negative results of rBGH trials, refused to disclose their grants and donations to university clinics in the USA, and threatened Canadian scientists who, in their opinion, are holding up the approval of rBGH in Canada.

Aside from food security, there is also evidence that there are real health risks associated with the GMO industry, mainly to do with the heavy reliance on chemicals that these modified crops depend upon. Once again using one of Monsanto’s products as an example, Roundup has been linked to elevated hormone levels in people.  Although some alleged health risks around GMO may be exaggerated, it is also hard to trust the safety claims made by the agro-firms, themselves, considering the extent they have gone to push GMO technology on unsuspecting farmers and consumers.

Companies like Monsanto have used their financial muscle to get governments to go along with their pursuit for profit.  In the USA, President Barack Obama earlier this year signed into law an agricultural bill that essentially guarantees agro-corporations the ability to continue selling and marketing GMO seeds, even if their safety is later called into question by the US Food & Drug Administration (USFDA).  This goes to show that, under capitalism, a company’s bottom line is put before our health and safety.

Socialism is needed to protect our food

Not surprisingly, there has been a wave of protests against GMOs around the world as people try to protect their livelihoods and their source of sustenance.  In India, genetically-modified fields of cotton have been burned; in Liverpool, there has been a boycott in the unloading of genetically-modified soybeans; and around the world, people have trampled sites where GM crops are being tested.  This is a radicalized movement fighting back against the attempt to manipulate the global food market.

As socialists we are not opposed to GMO innovation as this biotechnology has incredible potential to benefit humanity in many ways if used correctly. Human insulin, for instance, has been grown in GM yeast for decades, improving and even saving the lives of many individuals with diabetes. However, as it is evident today under capitalism, ordinary working people have no control over how this technology is used. For instance, a socialist system would not ignore the clear side effects of herbicides such as Monsanto’s Roundup on human health.  The doubts that many people have of GMO technology is only natural given the extreme secrecy demonstrated by agro-corporations; under a socialist society, all information and results of GMO testing would be open to public scrutiny.  With all the information available to the working class, we would then be able to weigh the advantages and disadvantages of the GMO foods and make an informed decision whether to pursue this technology or not.

Therefore, we demand the full worker and public control over all GMO production and research, and nationalization of big agribusiness to place control into the hands of the working class. We demand to end the patents on seeds as it is unjust and disadvantageous for the farmers. We demand further scientific research to prove that GMOs do not have negative side effects on human health, as giant Monsanto claims. We demand a clear labeling of all products that contain GM organisms so that people know what they are ingesting in their own bodies.  Most importantly, we demand that it is our basic human right to protect our food supply.

Under socialism, all the giant food companies would be in the hands of the working class and its production would be planned to meet human need, not corporate greed.  We have hunger not because there is not enough food, but rather because it it is not distributed equally. The core of the problem is not a shortage of food, but capitalism!