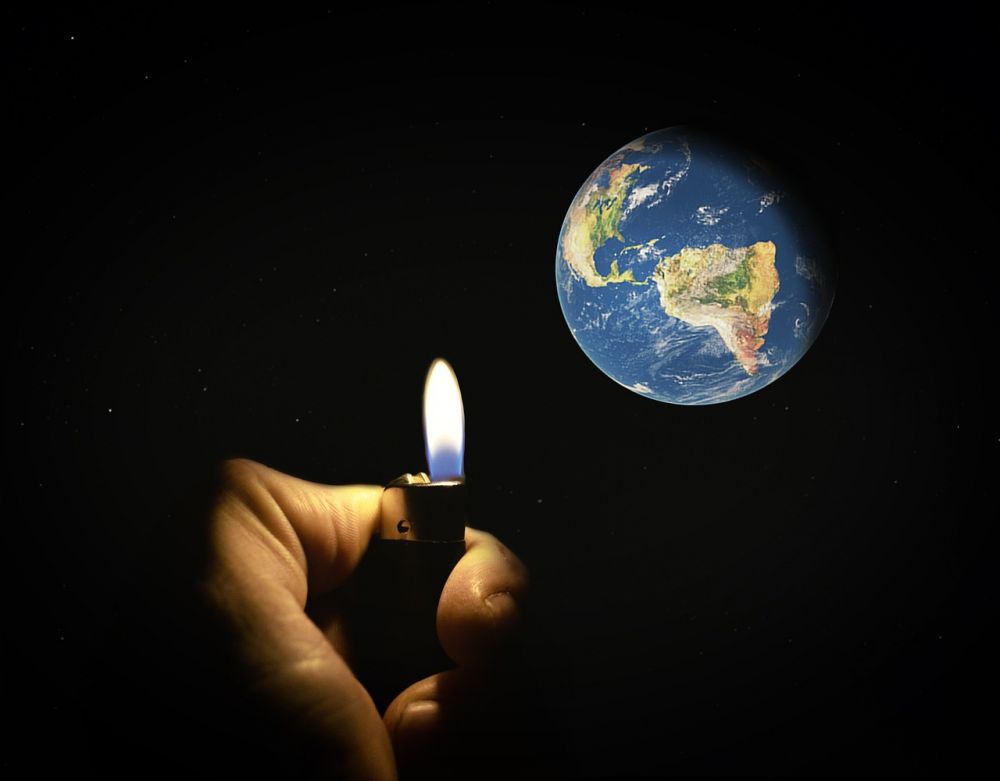 On February 2, 2007, the Intergovernmental Panel on Climate Change released the first chapter of its latest report on climate change. After 1200 climate experts from 40 countries spent six years reviewing all the available climate research, it concluded that "there is 90% certainty that the burning of fossil fuels and other human activities are driving climate change".

The report predicts that global temperature will most likely increase by 4C, although it considers several scenarios with a range from 1.8C to 6.4C.

On April 6 the report's second chapter, which looks at "climate change impacts, adaptation and vulnerability", was released in Brussels, Belgium.

The impact of climate change, says the report, will vary regionally but in an overall view it points out that even with temperatures rising only 3C there will be an important increase of mortality from heat waves, floods and droughts; reduced agricultural production in low latitude areas with important negative impact on smallholders, subsistence farmers and fishermen; 30% of the world species will be at risk of extinction and hundreds of millions of people will be exposed to increased water stress.

Those less able to adapt to these new circumstances will receive the heaviest blow. These are the poor of the world and it will matter very little whether they live in Burkina or in the United States of America, as the working class and poor of New Orleans learnt during and after Katrina.

The report proposes two types of measures to tackle the problems provoked by climate change; one is to practically adapt to the new climatic circumstances and try to mitigate its negative effects, like building dykes against raising sea levels or using genetically modified seeds with a lower need for water; the other is to reduce the emissions of greenhouse gasses, which can be done either by reducing our levels of consumption or by increasing our energy efficiency and developing cleaner and renewable energy technologies.

One of the most energy inefficient technologies is the classic incandescent filament light bulb, with which we light our houses and streets. These lights have changed very little in their 100 years of life. No wonder only 5% of the energy used by them is transformed into light; the rest being wasted as heat.

Recently, we have heard and read news about western governments taking steps to ban these bulbs and replace them by others that are more energy efficient, like compact fluorescent (CFL) bulbs, which are between 3 and 6 times more energy efficient and have a life span 10 times longer.

On January 31, the State of California, USA, announced its plans to ban incandescent lights by 2012. A few weeks later, Australia followed suit and now the UK government has promised that by 2011 there will be no incandescent bulbs on British territory.

The attention attracted by these timid measures greatly contrasts with the media's silence about how in just one year Cuba has successfully replaced its incandescent bulbs with compact fluorescent bulbs, thus reducing the island's energy consumption spent on lighting by 2/3.

Venezuela has reproduced Cuba's experience with Misión Energía (Mission Energy), which intends to replace 52 million incandescent bulbs with compact fluorescent lights; something that will be extended to Nicaragua through the ALBA (Bolivarian Alternative for the Americas), but about this you will read not a word or hear anything.

The growth of the aviation industry is also a major concern for those of us worried about the terrible consequences of climate change and it is also a topic very much featured by the media, both TV oand press.

"A single flight across the Atlantic can guzzle up about 60,000 litres - more fuel than an average motorist uses in 50 years of driving - generating around 140 tonnes of carbon dioxide, along with 750 kilograms of NOx. At around 10 kilometres up, where most airliners fly, NOx is very efficient at creating ozone, which at these heights helps to warm the planet. Additionally, water vapour in the exhaust creates contrails that act as seeds for cirrus clouds, reflecting heat back to Earth."

"The net result, according to the Intergovernmental Panel on Climate Change, is that pollution from high-flying jets is up to four times as damaging to the environment as the same amount released by chimneys and exhaust pipes at ground level."

Not surprising then that, along with the aviation industry, one of the fastest-growing businesses in the world is the carbon offsetting industry, which promises to salve green sinners' consciousness by planting trees or investing in renewable energy to remove carbon-dioxide from the atmosphere.

The Rolling Stones, for instance, funded the planting of around 2,800 trees on the Isle of Skye, Scotland, to offset the 2,080,000 kg of carbon dioxide produced during their last UK tour!

So fashionable has it become to be concerned about the dangers of global warming that the brotherhood of pop and rock stars for a good cause has decided that the matter is well worth a mega world concert and have put together a Live Earth thing, very much along the lines of previous Live Aid stuff.

In fact, in the vanguard of this struggle for human survival there are not only rock stars and western democratic governments; but also capitalists, especially in their "post-modern" variety, who feel they have a role to play, the most important being to convince us all of how much we need capitalism to fight against global warming.

Thus, Richard Branson, owner of Virgin, revealed last November his plans to commit all his profits from his travel firms over the next 10 years (£1.6bn) to develop plant-based fuel. This gained him a good deal of praise from the media. Curiously enough, nobody saw any contradiction between his"$3bn pledge to tackle global warming", as The Guardian's headlines advertised it and the outer space tourism venture of Virgin Galactic.

"What we need to do is look at how you make air travel more energy-efficient," said Tony Blair in a TV interview last year; and he, for once, was right. Proposals about limiting air travel and planting trees all around are, on their own, utopian and reactionary.

The problem here, however, is that the aeronautics industry - with its high tech and enormous accumulation and concentration of capital - is proof and evidence of how the inherent contradictions of capitalism fetter the creative development of the productive forces and technology.

Within today's aeronautic research, says Dennis Bushnell, chief scientist at NASA's Langley Research Centre in Virginia, "there is not much left to gain except by the glacial accretion of a per cent here and there over long time periods; it is a sunset endeavour".

The main motivation behind air-crafters' research and development investments has always been to reduce operating costs, reducing the weight of planes with alloys and composite materials, and improving the efficiency of jet engines, which are today around 40% more efficient than those of the 1960's. "Change has been incremental - writes journalist Bennet Davis in New Scientist - and each small advance has been driven more by short-term profit than the pursuit of more energy-efficient technology. Moreover, mergers between manufacturers have reduced competition between designers." No wonder then that, as he points out, "the latest designs by Boeing and Air Bus are essentially identical to planes developed in the 1950's".

Thus, work began on laminar flow control, a technique that improves efficiency by the friction between a plane and the air, what creates turbulence that can account for up to 40 per cent of a plane's total drag. Research carried out from the late 1970's had developed this technique up to the point that the drag could be cut by up to 20%. However, this work was abandoned in the 1990's, when fuel prices dropped.

It seems that no aircraft manufacturer is ready to spend billions of dollars on developing new aeronautic concepts unless they can eliminate any financial risk and this can only be done through State subsidies, either in the form of tax breaks or direct handouts of money. That is, only if the State protects the aircraft manufactures' profits will we have technological and design breakthroughs.

In the case of the United States these subsidies are normally channelled through military programmes. Thus, the US air force and Boeing are working together in an estimated $15bn project to develop a flying wing; a concept based on a 1940's design by American aeronautic firm Northrop, which theoretically should be about 25% more fuel-efficient than conventional airliners, although the parallel project for civilian aviation will be far less efficient, due to the most conservative character of the design.

So here you have a most graphic example of how, in its epoch of senile decay, the basic contradictions of the capitalist system fetter the most creative minds and technology, upon whose development the fate of humanity and the world depends.

In spite of all the talk about capitalism in terms of market efficiency and private initiative, it is evident that capitalism is rather a system dominated by greed, short-sightedness and lack of initiative on the part of the capitalist.

In the last years, it has become commonplace to speak about the rolling back of the State; nothing of the sort has taken place, however. It is true, and dramatically so, that many of the social conquests of the working class within the bourgeois State have been ruthlessly attacked and eliminated by the bourgeoisie, but, at the same time, the bourgeoisie has expanded it where they find it more beneficial for their class interests, increasing the Welfare State for corporations - through tax breaks, subsidies and privatisations - along with its repressive character.