Some 500 people attended a Solidarity Demo with the Arab Revolution on Saturday, February 5 in Frankfurt (Germany). The call for the demo had been made by e mail only two or three days before. 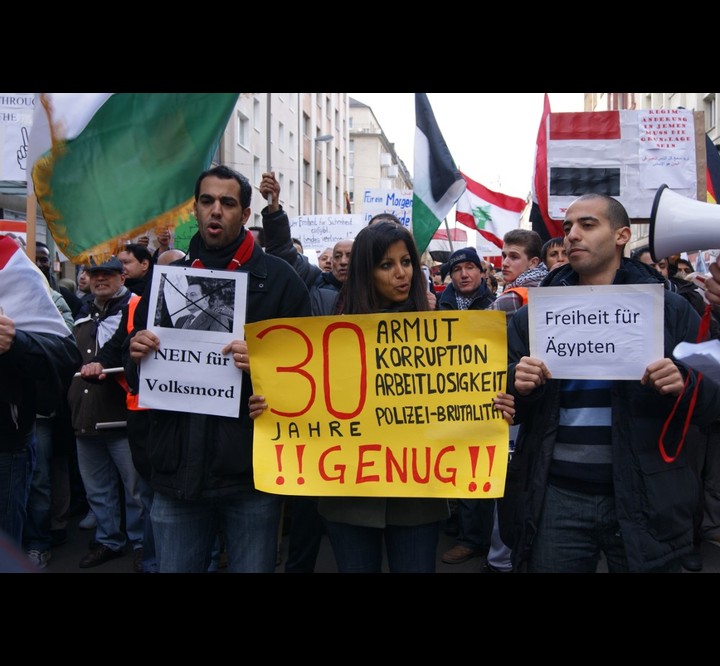 Demonstrators included many young people as well as entire families, most of them with origins in Arab countries - from Morocco to Egypt to Yemen and Iraq. Apart from activists and regional leaders of the Left Party (DIE LINKE), no other major political party was visibly present. Demonstrators carried national flags as well as a number of homemade banners and placards in Arabic, English, German, and French, calling for freedom, democracy, human dignity, the end of the Mubarak regime, a struggle against poverty and international solidarity. 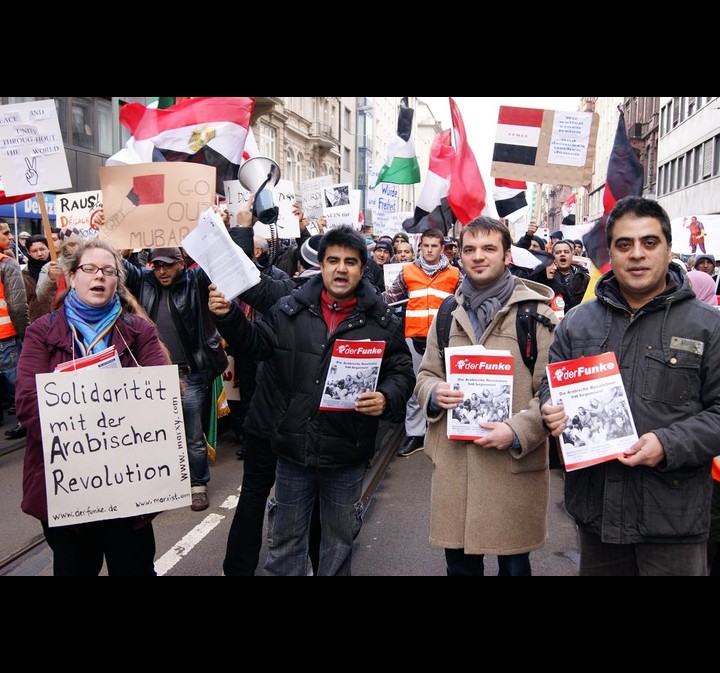 During the demo from the Central Station past the European Central Bank to the historic town hall, demonstrators enthusiastically chanted slogans, demanding an immediate overthrow of the dictatorship which had tortured its opponents for 30 years. The slogan “German arms and German money contribute to worldwide murder” reminded one of the business interests of Germany’s arms manufacturers and their deals with dictatorships on different continents.

In the final rally it was clear that the demo was of a rather spontaneous character. Some speakers called upon German political parties to show solidarity with the Arab revolution. Comrades of Der Funke were present at the demo and we were glad to express our solidarity with the revolution. We sold a number of copies of our journal titled “The Arab Revolution has begun”. Our IMT leaflets in Arabic found interest and a good echo. Our solidarity work will continue.