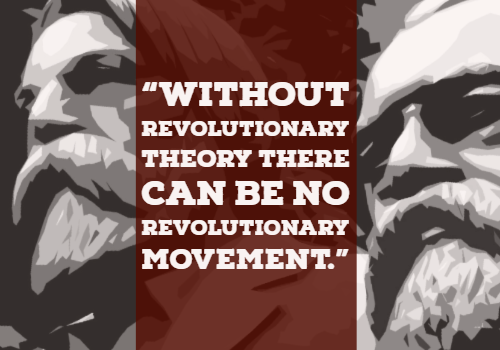 Karl Marx explained that capitalism is a chaotic system of production beyond the control of humanity. While it raised human productive capacity higher than anytime before, it is doomed to plunge society into ever-greater crises. But Marx also explained that the system creates the modern proletariat. This class is set to overthrow the capitalist class and, on the basis of modern production, build a planned economy to use the resources of society for the benefit of all. These are not outdated ideas but vastly more in touch with the general processes in our world today, than most modern texts.

Marx developed his ideas as a direct continuation of the greatest thinkers of German philosophy, English political economy and French socialism. More than anything, Marx developed a method, a comprehensive philosophy, and a world outlook purely derived from the material world that we live in. Marxism is the science of the underlying laws that govern nature and society. It is only by studying these laws that we not only achieve the best understanding of society, but also discover the role and tasks of revolutionaries.

Far from a dead, dry ideology, Marxism is the science of revolution, a guide to action. For any revolutionary today, a serious study of the ideas of Marxism is an urgent necessity in order to understand the working of the world that we are trying to change.

– From Reading guide: the ideas of Karl Marx