Cuba
Share
Tweet
The Frederick Engels Foundation is intervening at the Havana Book Fair for the third consecutive year. Again, the works of Trotsky are proving to be the main attraction, together with other Marxist works. So far two successful book presentations have been held by the Foundation. 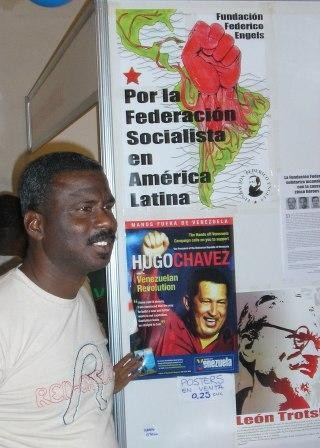 For the third consecutive year the Frederick Engels Foundation is participating in the Havana International Book Fair and once again we have confirmation of the enormous interest in books and culture among the Cuban people. From the early hours of the morning thousands of people, whole families, queue up to get into the Fair site in La Cabaña that is transformed into a real people's festival.

As we write this short report we can say without a shadow of a doubt that the publications of the Frederick Engels Foundation have stimulated a lot of interest. Once again the books of the Russian revolutionary Leon Trotsky have proved to be the main attraction. Our stand is the only one in the Fair that has a wide selection of his books on sale. But also the books by the British Marxist Alan Woods, documents on contemporary issues and books by Marx, Lenin, Engels, Rosa Luxemburg and other classical authors attracted people's attention.

Another aspect of the Foundation that attracts people are its books presentations, of which two of the three that were planned have already been held. In the first, on Friday 9th, we presented two works of the Polish revolutionary, Rosa Luxemburg, "Reform or Revolution" and "The Crisis of Social Democracy". Jordi Martorell, in the name of the Foundation, underlined how important it was that these works were being presented on the island for the first time and added that the Frederick Engels Foundation was keen to see Cuban editions of these books published shortly. "Reform or Revolution", 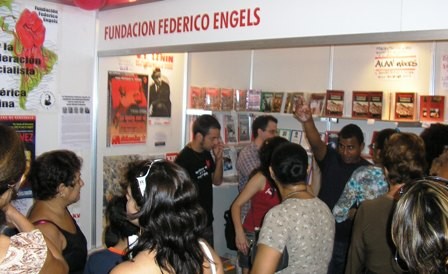 added Jordi, is as relevant today as when it was first published. The arguments that today's reformists use are the same as those developed by Bernstein over 100 years ago and which Rosa Luxemburg so skilfully demolished at the time. The reformist ideas of Bernstein and the German Social Democracy led them to support imperialism during the First World War, something which is implacably denounced by Rosa in her work, "The Crisis of Social Democracy". The book includes an appendix, which is also very relevant to today's world, in which Rosa explained how the only way of combating imperialist war is through the class struggle, and in which she also removes any illusion in the ability of supranational organisms and agreements between countries to guarantee peace. 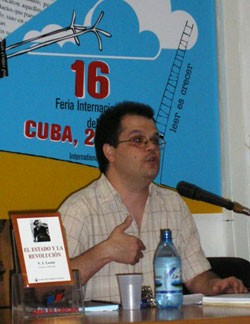 The second presentation of three Marxist works on the Marxist Theory of the Sate by Jordi Rosich took place on Sunday 11th. These were "The 18th Brumaire of Louis Bonaparte" and "The Civil War in France" by Marx, and "The State and Revolution" by Lenin. Jordi Rosich explained how the experience of the Bolivarian Revolution in Venezuela demonstrates once again what Marx had explained, i.e. that it is not possible to carry out a revolution by basing oneself on the old bourgeois state apparatus. Lenin, basing himself on the studies of Marx and Engels on the Paris Commune, outlined the fundamental characteristics of what a workers' state should have after the taking of power. These included the election with right of recall of all public officials, the participation of the whole population in the administrative tasks of the state and the economy, no standing army but an armed people, and that state officials should not receive wages higher than those of a skilled worker. These conditions, explained Jordi, are the only guarantees against the emergence of a bureaucracy within a planned economy. In the debate that followed, the Cuban Communist Celia Hart was among those that took part. She pointed out how apt the presentations organised by the Frederick Engels Foundation were and she underlined "The 18th Brumaire" was a model of historical analysis.

This year's Book Fair also saw the National Social Sciences Prize being presented to Fernando Martínez Heredia. Martínez Heredia was editor in the 1960s of the Pensamiento Crítico [Critical Thought] magazine and dean of the Faculty of Philosophy in the University of Havana, a veritable hive of ideas, where Marxism was looked at in a creative and critical manner, where there was discussion of the ideas of many authors that had been slandered by the Stalinists. In 1971 both the magazine and the Faculty of Philosophy were closed down. 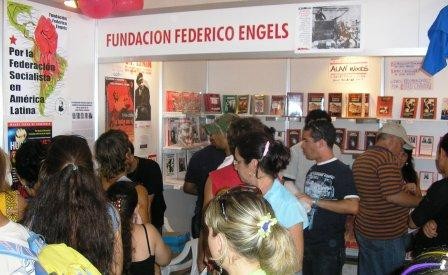 This marked the beginning of what was described as the "grey 15 years" of Stalinist censorship in the arts, culture and thought, which came about as a result of the greater weight of Soviet aid to the Cuban economy. Recognition of the work of Martínez Heredia comes just a few weeks after the polemic that erupted among Cuban intellectual circles sparked off by the appearance on TV of well-known censors from the period of the "grey fifteen years" and by the reaction against the National Union of Artists and Writers of Cuba.

Lastly, we were able to express to Ricardo Alarcón, chairman of the National Assembly of People's Power, and also coordinator of the campaign to free the Five Heroes in the USA, the support of the Foundation for this campaign and a report of the activities we have organised over the past year.